9-June-2022
On Thursday-8-June Bixby School held their Spring Concert for their Students.  This featured instrumental performances by the Third Grade percussion ensemble, the Fourth and Fifth Grade bands. They were conducted by Mr. Mike Webb. Before some of the songs Mr.Webb explained  what his job as the Conductor is and how the musicians respond to his movements. He also asked the Student to listen to the tunes to see if they could hear other melodies with the song that was being performed.
Then the Fifth Grade Choir  performed under the direction of Ms. Ariana Dellosa. She talked about how while some of the words in the lyrics may sound different they are still part of the song and should be listened to as part of the whole.  During their performance  a few Students were able to have a solo part. Ms. Dellosa said that these song may sound familiar but asked the audience that not sing along too loudly  because the version being performed my be different than the one the Students are use to. 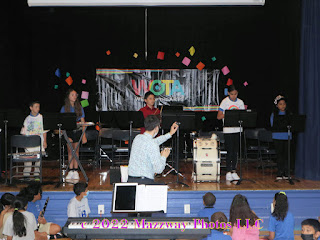 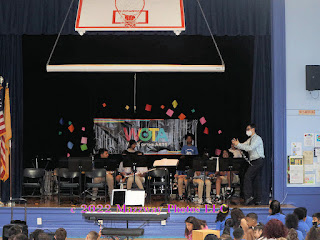 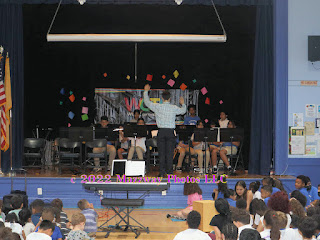 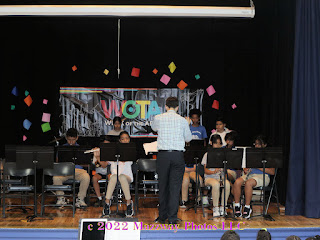 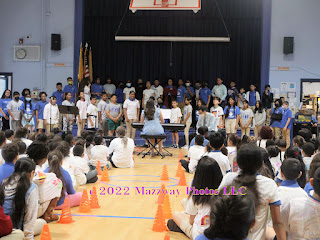 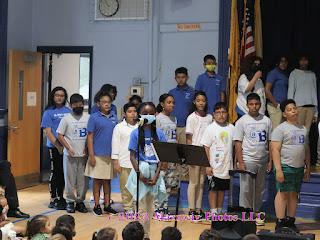 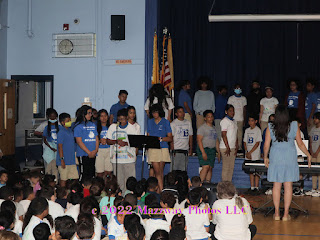