9-June-2022
On Wednesday-8-June the Bogota High School Fine Arts Department held their awards ceremony to honour the Student-Artist for 2022. Awards were presented For the Choir, Drama, Twirling , and Band.  First to present was Choir Director Ms. Andrea Lynch. She recognized the member of the Choir that performed in both the Winter and Spring Concerts. Ms. Lynch also awarded the  members of the A Capella Choir  group " The Purple Notes" their own certificate and pins.
Next the  Drama Department Director  Ms. Wendy Hughes gave out the "Bucies" awards to the cast of the Spring Musical "Spongebob SquarePants" Ms. Hughes also inducted 10 new members to the Bogota Chapter # 6085 of the International Thespian Society.
Then Ms. Leslie Baker announce some of the title won by the Twirling and Flag Squad had won. These included first place for Twirling Completion at Rahway NJ. Also that  Ms. Kahli Roberts was a New Jersey Twirling Association Champion.
The final presenter was band Director Mr. Barry McCann. He first spoke that 22 years ago he held a small party, in the High School Cafeteria to thank the members of the band in his first year as  their Director. This was grown to included all of the Fine Arts Departments group. In addition it is a central part of the High School "Awards Night Week" Mr.McCann first gave certificates to the 20 Eighth Grade members of the band. This was followed by each of the High School Classes that have Students plying in either the Marching Buccaneer Band or the Concert Band.  He next presented the members of the Jazz Band their own pins.  And then, for the first time a special pin to the three band members who were part of the pit orchestra  the Spring Musical. It was also announced that Ms. Simra Fatima will be the Drum Major for the Marching Band next year. She was presented her whistle by current Drum Major Ms. Kaylin Torres
Next members of the Bogota Band Parents Organization presented  Ms. Andrea Lynch,  Ms. Wendy Hughes, and Ms. Leslie Baker bouquet of flowers for their work with the Students over the past year. They then gave Mr. McCann an number of presents not only for this year, but for his past 22 years of working with, teaching, listening to, guiding, and just being a friend to all the present and past members of the Bogota bands. But before the night could end Ms. Torres had other ideas. First the Junior band members took the time to thank Mr. McCann for all his help. Since they will not have a chance next year they gave him a present of Cuff-Links in the shape of a saxophones. Then Ms. Torres announced that the band members had even more gifts for him. Knowing his obsession with Strawberry Twizzlers they reached out the the company, which sent specialized merchandise, a five pound box of Twizzlers, and a personalized letter  recognizing his years as a High School teacher.  And still more... she, along with Coach Pat Rochford played a video  they had made with current, past Students and other congratulating Mr. McCann on his retirement.  After a standing ovation towards him, Mr.McCann took a number of photos with his Students to end the evening. 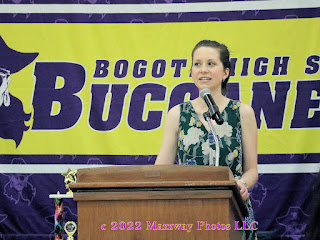 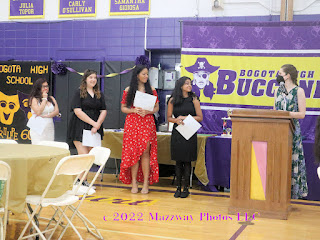 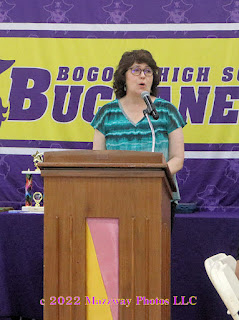 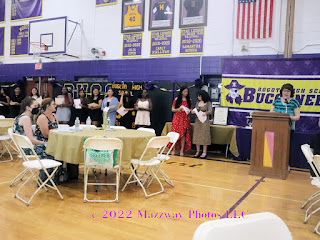 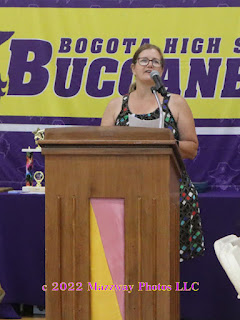 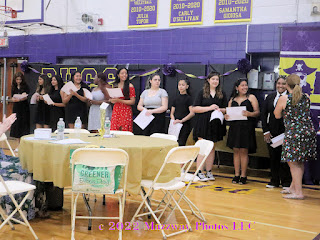 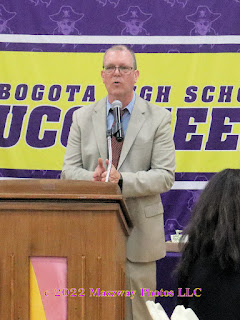 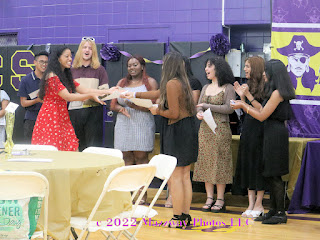 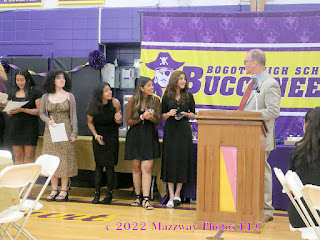 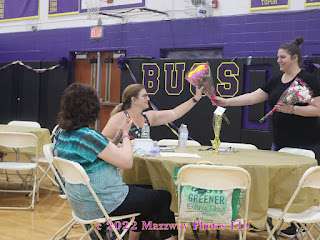 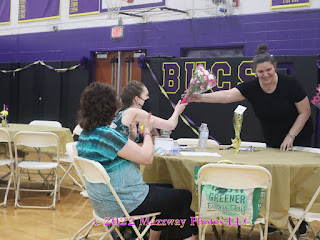 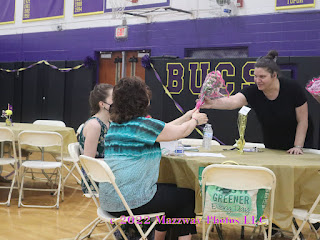 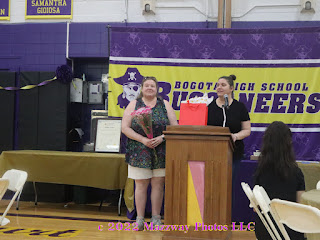 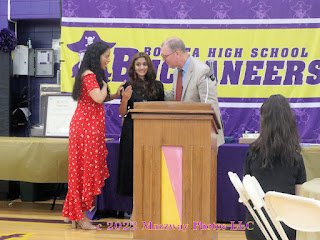 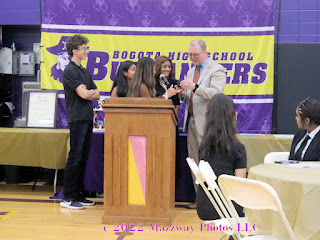 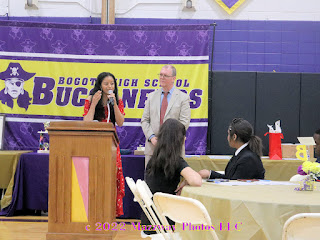 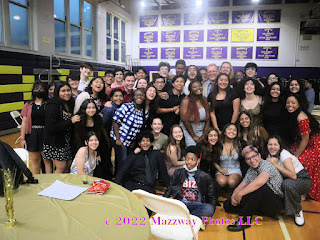