16-June-2022
On Wednesday-15-June the E.Roy Bixby School in Bogota held their Fifth Grade Graduation Ceremony for the Class of 2022.  This was the first Fifth Grade Class to have a Graduation Ceremony from Bixby School.  As the Audience gathered in the Bixby Courtyard they were entertain by Music Teacher Mr. Michael Webb.
The Bixby Principal Mr. Damon Englese welcome those who attended the program. of the ceremony. He introduced Mr.  Dominic Mercado who lead the audience in the pledge of Allegiance and the National Anthem. In his address Principal Englese praised the Staff, Parents,  and most importantly the Students for the continuing work they needed to over come the current situation. He talked about the Graduates experience at Bixby School was the ground work for then to build on. The knowledge and Life lessons they have learned will help them with the challenges of High School and beyond. Principal Englese asked the Student to keep dreaming big, while being the best version of themselves in the process.
The next speaker was Bogota School District Superintendent Mr. Damian Kennedy.  He told the graduates that while this may be a first step in their lives, the education they received at Bixby was a solid foundation to build on. The Student need to keep looking for new experiences and ideas in their future.  Even if there a failures ahead they must big strong enough to learn from in order to achieve their goals. Few things worth while will come easy. But with the support and respect of your Parents, Friends Classmate and Teachers anything can be achieved. Then Ms Angela Dai, and Ms. Haily Narvaez  talked about their Classmates experiences  at Bixby School.
Then there was the announcements of the individual awards and certificates to the members of the Fifth grade class. First Principal Englese then announced the Principal’s Award winner to Mr. Riccardo Ramirez. Then came the awards for: Highest Academic Average,  presented by the Bogota VFW Post #5561.  These were won by  Ms. Dai and Mr. Ramirez. Then the Awards, the Leadership & Sportsmanship awards. The PTO Awards for Creative Arts, the Safety Patrol followed by the introduction of the Student Council and attendance certificates. This was followed by the Presidential Awards for Academic Excellence and Academic  achievement.  There was also a presentation of flowers to the Fifth Grade Teachers. Ms. Nicole Schiavello, Ms. Laura Ketchum, Ms. Marissa Conti, and Ms. Chelsea Nagurka
Finally Principal Englese presented the Certificates of Promotions to the graduating Class of 2022. 48 Students were announced and handed their Certificates of Promotion.
When the final certificates were presented, and the new Alumni of Bixby School accepted the applause from those gathered. Then they proceeded to leave the stage and join their Family  and Friends to celebrate together.
( To help  support Bogota Blog NJ with it's coverage of Local stories & sports
please contribute  at: donate to Bogota Blog NJ ) 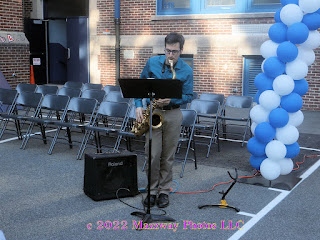 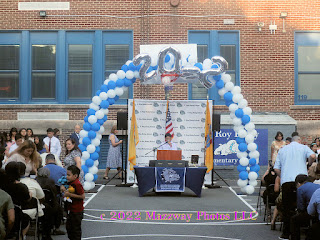 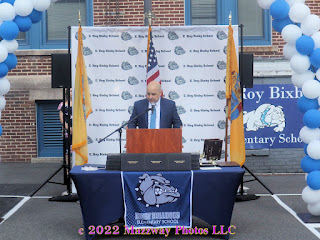 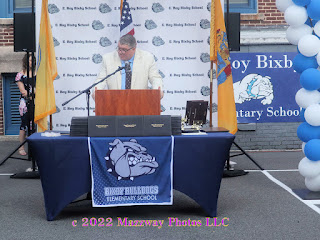 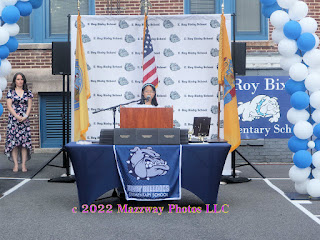 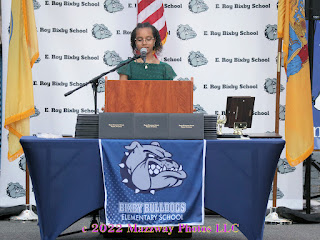 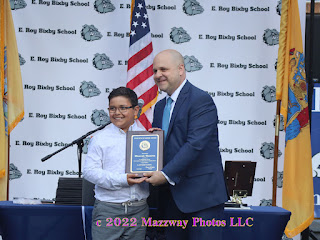 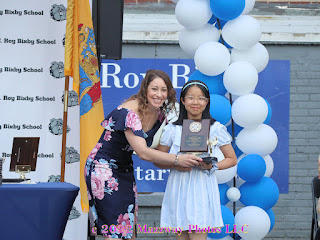 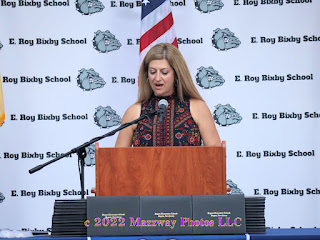 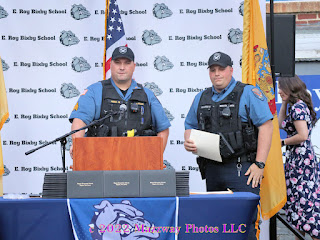 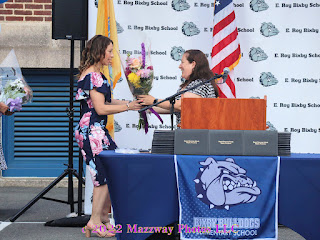