This Tuesday 13- August the State of New Jersey will be holding a Special Primary Elections for the United States Senate. This will determined the Republican and Democratic candidates that will seek to win the Special Election to fill  one of two of  New Jersey's seats in the U.S. Senate. That Election day is Wednesday 16- October to fill the seat that became vacant with the death  of  U.S. Senator Frank Lautenberg.
Voting polls will be open at 6:00a and will remain open until 8:00p
Polls are located at the at :
-- For Districts 1& 6 it is the Bogota Recreation Center at 162 W. Main St.
Districts 1&6 is that part of the Borough located West of the Railroad tracks.

-- For Districts 2&3 it is the Gym of  Bogota High School at 1 Henry Luthin Pl.  please use the door towards the back of the building on the North side of the Building.
Districts 2& 3  is that part of the Borough located East of the Railroad tracks & North of Beechwood Ave

--  For Districts 4&5 it is  in the Gym of the Roy Bixby School at Maplewood & Fischer Aves.
Districts 4 &5  is that part of the Borough located East of the Railroad tracks & South of Beechwood Ave.

This Primary Election will be held on Tuesday 13 August, with the polls open from 6:00a to 8:00p 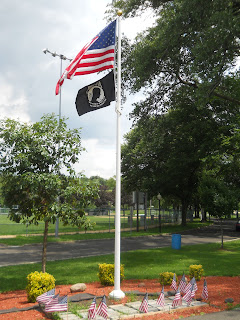