In the Special  Primary election to fill the vacant seat  from New Jersey  in the United States Senate. The Democratic Candidate will be Newark Mayor Cory Booker. Mr Booker , as of 10:00p Tuesday night has received 59% of the parties vote to win the Democratic Primary.
The Republican Candidate will be former Bogota Mayor Steve Lonegan who has received 80% of the parties vote to win the Republican Primary.
These two men will now run to fill the empty Senate seat from New Jersey  which has been vacant since the death of Senator Frank Lautenberg. This Special Senate election will be held on Wednesday 16- October -2013.  Something to think about is that both men have experience has Mayors of towns, and have a background of having to deal  with local issues that could have a greater impact on their constituents than some national items. And will it matter in a election that may be exposed to a national spotlight. (also how many time will the name BOGOTA be questioned, mispronounced, or confused before the election.)     For the record  the pronunciation is "buh-go-ta"  and it is a combination of two of the earliest families who lived on the land that would later form the borough. They are the Bogert family and the Banta family  the "O" was added as a connection to make it easier to pronounce. 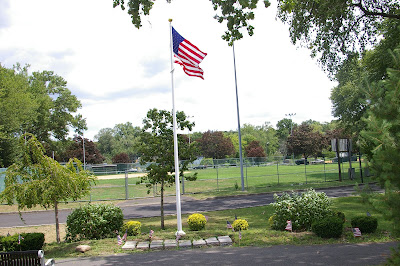