On Thursday 11-February basketball teams from Bogota played against teams from Emerson.  The Lady Bucs hosted the Lady Cavaliers at Speary Gym. Bogota lost this game 27-54. Tatiana Bruno led Bogota with 13 Points, and 1 Three Point Basket. Alanah O'Brien, and Emma O'Brien also had 1 Three Point Basket. Thier record is now 4-12. Their next game is at Home against Midland Park on Thursday 18- February. 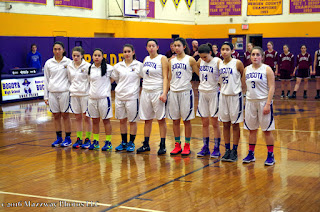 The Men's team traveled to Emerson and came away with a 63-46 victory.  Bogota led at halftime  27-13 and maintained their advantage for the rest of the game. Chris Alcantara had a team high 21-Points. Brennen Rodgers had 2 Three Points for Baskets. Mr. Alcantara and Deiker Padrino led Bogota with 6 Rebounds.  Bogota's record is now 14-5, with their next game at Weehawken on Friday 12-February. The tip off is scheduled for 7:00p 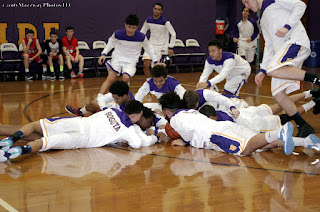 Both Bogota team have qualified for the NJSIAA North 1 Group 1 Tournament. The Lady Bucs enter, ranked  #16, and will play at #1 Saddle Brook on Monday 29 February. The tipoff for this game is scheduled to be at 7:00p
The Men's team  will be ranked # 3 for their North 1 Group 1 Tournament. They will play their first round  game at Home in Speary Gym against #14 Hopatcong. This will be on Monday-29- February with a 7:00p start.
Posted by Bogota Blog NJ at 8:08 AM