On Monday 22-February  the Bogota Lady Bucs basketball Team play their final home game of the season against Belleville. The has a Battle of the Buccaneers  along with being Senior Night for Bogota Captain Emily Robbins.  Ms Robbins was honoured before the game by Coach Damian Kennedy, and presented flowers to her parents for their support through High School.
The game was close throughout the contest  with Bogota having a 21-16 lead at halftime and expanding that to nine points by three quarter time.   Belleville made a push in the final eight minutes tieing the score twice, but never taking over the lead.Throws by Leila Ksiyer put  Bogota in front for the final time.   A three point basket by Emma O'Brien went on to  secure the 49-44 victory.  Leila Ksiyer had game highs of 18 Points and 3 Three Point Baskets. Bogota record is now 5-15. They play their final regular season game on Tuesday 23- February at Park Ridge starting at 4:00p 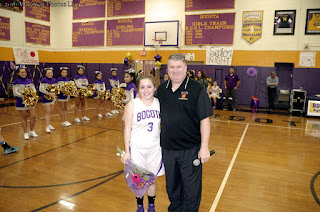 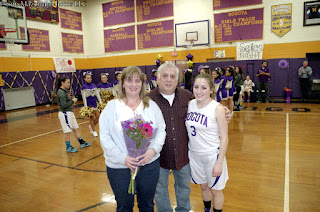 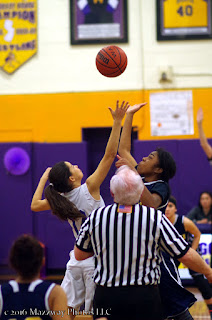 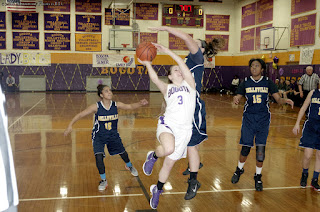 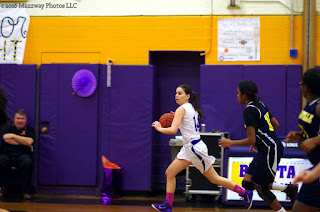 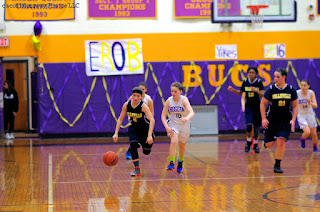 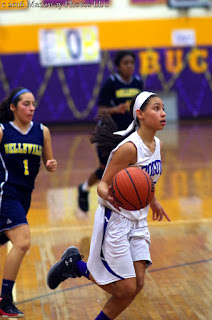 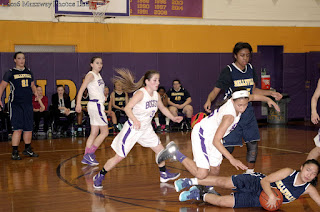 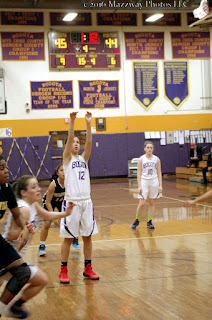 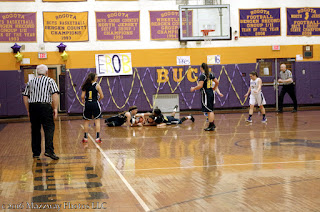 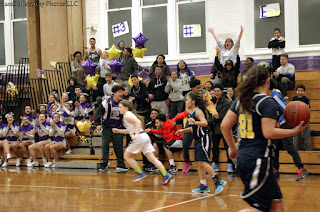 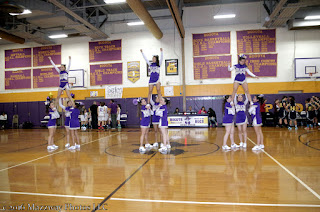 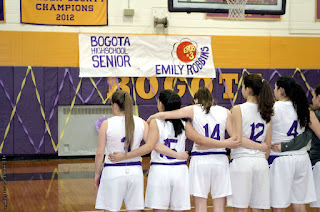