On Tuesday 23-February  Bogota resident Andrew Fede gave a  lecture about Slavery in New Jersey at the Bogota Public Library as part of their "Smartypants" series.  Mr. Fede, author of a number of books about slavery laws, told of some of the colonial slave laws in New Jersey.  The Colonial New Jersey slavery laws based on those of the  English Crown which allowed for Capital Punishment of slaves  for a number of offensive. Some of these offensive not only included murder, or kidnapping, but lesser offensive such as resistance or setting fire to bales of hay.
Mr. Fede told of one Man  a slave named Jack: "A 1713 law that resulted in an August 1735 trial in Hackensack of an enslaved man named Jack.  Peter Kipp, Jack’s owner, alleged that Jack offered resistance and threats of violence after being struck by Kipp.  Within only a few days Jack was convicted and was sentenced to be burned at the stake at a spot that was in or near present-day Bogota."
Mr. Fede talked about how an abolition movement started with the Quakers of Southern New Jersey. The Quakers petition the Colonial Assembly to enact laws to end slavery in New Jersey.
He then told the story of a slave named Beulah:  "Who in 1775 won her freedom in one of the many cases New Jersey lawyers filed for people who claimed they were illegally enslaved.  According to Fede, many of the top judges and lawyers of the time participated in these cases, including Richard Stockton and William Paterson.
Even these attempt at Abolition, the State New Jersey did not fully abolish slavery until 1804. The last Slave in New Jersey were not freed until the passing of the Thirteenth Amendment in 1865.
To learn  more on Slavery laws please read his books:  "Roadblocks to Freedom: Slavery and Manumission in the United States South"
Or


"People Without Rights: An Interpretation of the Fundamentals of the Law of Slavery in the U.S. South" 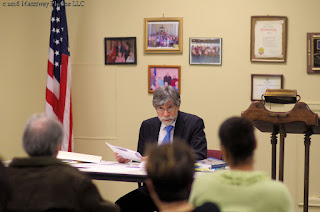 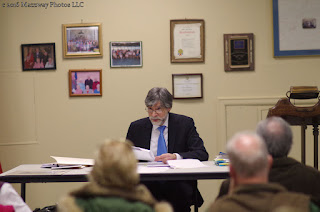 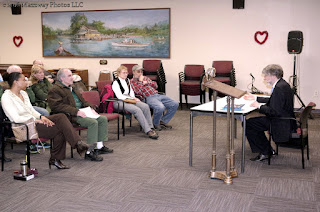 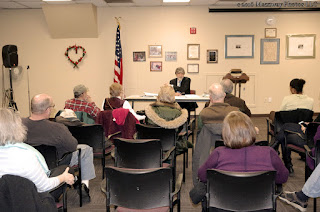 Bogota Blog NJ would like to thank Andrew Fede for his assistance with his story.