On Thursday 4-August the Bogota Services Youth Academy had their Cadets continue with basic self defense training. The Cadet learned to free themselves if physical confronted by an attacker. They learn how and where to apply pressure , or a sharp strike to aid in their escape.  After releasing themselves from the attacker, the next step was to find help. Even if it means everything else behind, the more important idea is to find a safe place and inform everyone who could offer assistance. They were also told of one  way to prevent an attack is to beware of the surrounding area. Know who is around, where help may be, and a possible escape route will aid them in their own safety.
The also learned, and practice to place handcuffs on a suspect. This was to show the difference between toys and the real thing, and from entertainment and the every day duties of Law Enforcement Officers   face on a daily basis.  Then the Cadets had some inter Squad competition in the form of a tug -of-war and an exercise rely race.
After that the Cadets were "raided" by members of the Bergen County SWAT team so they could experience how the Police use the skills and speed to end a situation.  A  "flash -bang" was set-off  to cause a distraction while officer rushed in to subdue the suspects. After the scene was secure the Officers then talked to the Cadet about  what had just happened and how they are trained for  different type of situation. Later the Cadets were taken to look at some of the equipment they use include their combat vehicle . 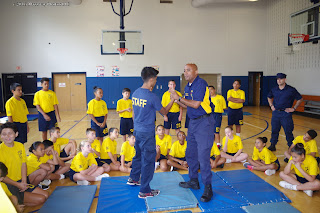 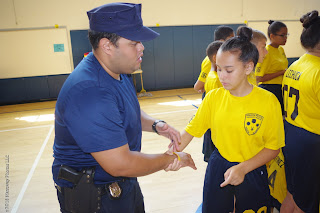 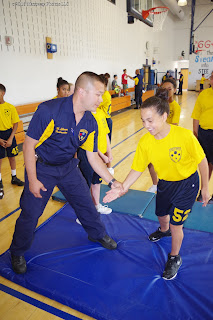 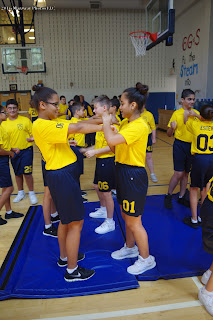 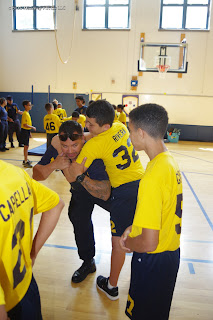 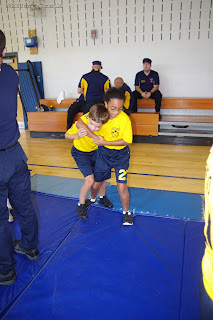 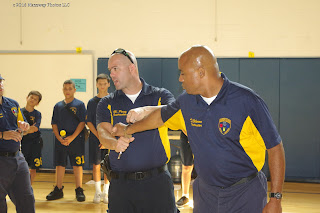 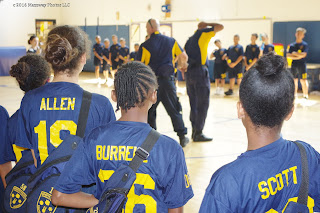 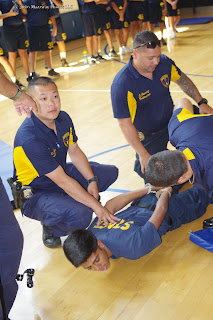 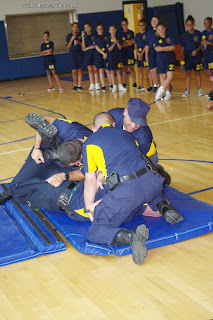 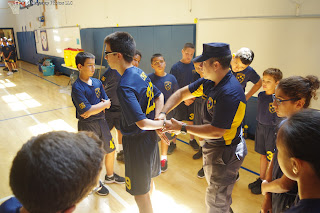 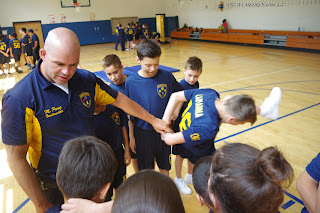 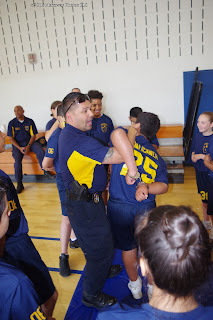 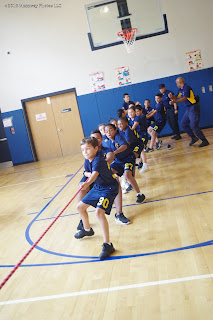 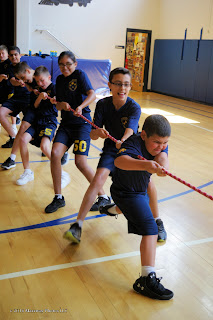 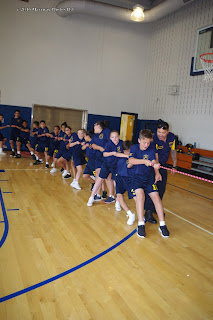 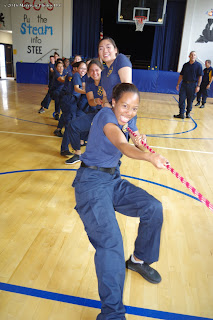 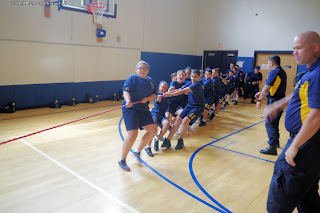 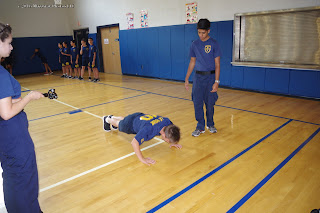 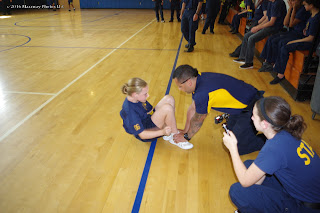 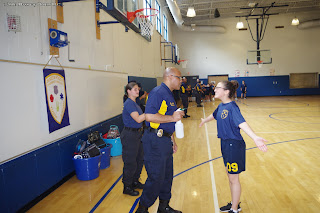 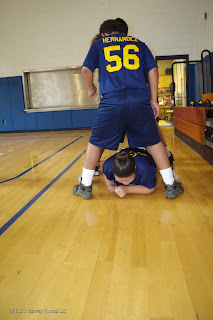 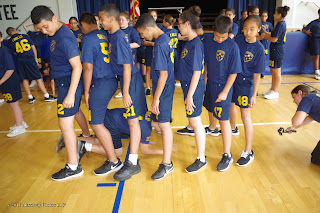