10-March-2017
On Thursday-9-March the Bogota Junior Senior High School inducted the next members in their chapter of the National Junior Honor Society. Then seventh and eight grade Students joined the eight grade Students from the inaugural class of 2016. The ceremony started with a processional of Student, led by the new inductees, followed by the original members of the Bogota Chapter.
Advisor Karolyn Misa welcomed the the new members and talked about the goals of the NJHS a planning in the coming months.  Principal Damian Kennedy next spoke of the work these Student have shown, not only in their Academic achievements, but their effort in assisting in the local community.
The next speaker was Bogota Mayor Chris Kelemen who talked about his time as a Student in the Bogota school system and how these years have helped him. He told of how the lessons he learned in school helped he become a successful businessman.  He then talked about how the experiences taught to him outside the class room showed him the importance of working with, and helping others.
The next part was led by Chapter President Amelie Caceres who reviewed the principals of the National Junior Honor Society . Ms Caceres started with the  requirements  for  Scholarship: a cumulative GPA of 85, or, 3.0 on a 4.0 scale, or equivalent standard of excellence. She then light the first of five candles symbolic  candles.  Then other officers continue by describing the other requirements of admission and lighting a candle for each    For Service: voluntary contributions made by a student to the school or community, done without compensation. In Leadership: a Student  who are resourceful, good problem solvers, and idea contributors. Leadership experiences can be drawn from school or community activities while working with or for others. For Character: a student of good character is cooperative; demonstrates high standards of honesty and reliability; shows courtesy, concern, and respect for others; and generally maintains a clean disciplinary record. And in Citizenship: a Student who demonstrates citizenship understands the importance of civic engagement.
After the newest members recited the National Junior Honor Society pledge, led by Grace Yang. This was followed by Principal  Kennedy presenting them with their certificates of acceptance. The final part of the ceremony was when each new member accepting the light of knowledge from others symbolizing their induction to the National Junior Honor Society. 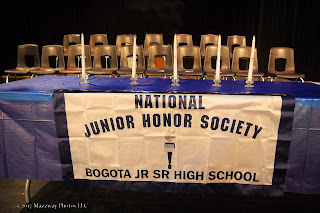 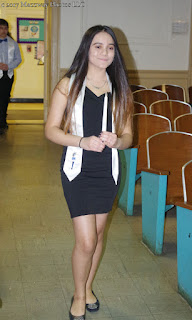 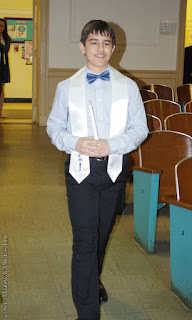 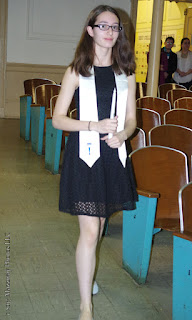 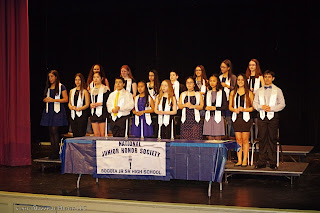 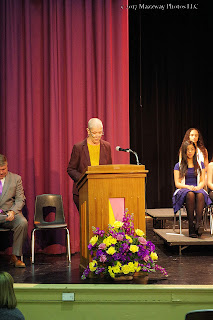 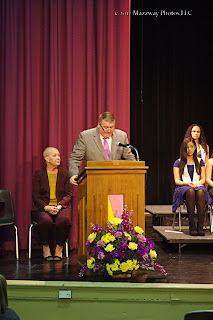 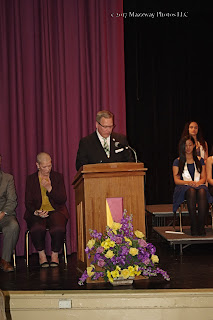 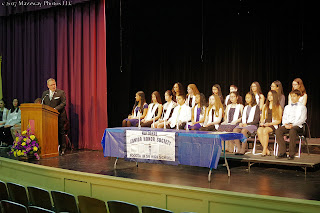 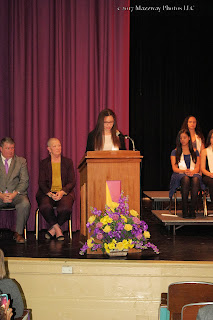 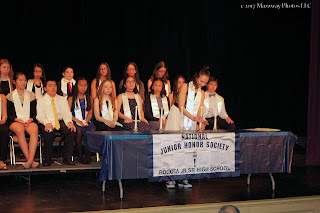 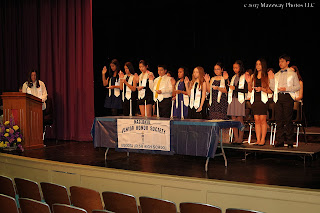 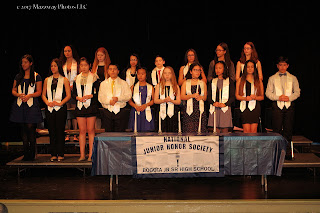