22-March-2017
On Tuesday-21-March the Bogota Board of education held their bi-monthly meeting. At the start of the meeting the Board were show a presentation of proposed  improvements to all three Schools. A large part of the items shown were for the High School. The proposed plans were a new recreation area  on the lawn behind the Gymnasium. This would level and pave the existing grass to allow emergency access from Highwood St. This would included adding a drainage system prevent storm water from encroaching towards the building.  There would be a retaining wall along the east end of the space, and Volleyball and Basketball courts created. Other proposals call for upgrading the existing boilers, water heaters as well as asbestos abatement where needed. Boiler replacement at both Steen and Bixby Schools along with Lintel repair and replacement at Bixby were addressed. There was also proposals of  interior work at the field house at Fiegel Field , and to run utilities to the snack bar. All of this item will  be discuses at later board meetings.
Superintendent Dr Vincent Varcadipane then talked about how some of this improvements  that have been allocated for one of them was rebuilding of Speary Gym. The Board approval a plan to create a "basically new gym" This will include removing the current gym floor. This will involve repairing the concert slab, asbestos abatement to create a level surface. The current bleachers will remove and replaced with new seating. Along with new painting and banners. Another item Superintendent Varcadipane addressed was a plan to upgrade the Biology labs with new flooring and ceilings plus 50 new chrome books with charging stations and access points. Superintendent Dr Vincent Varcadipane talked about how some of the proposed project could be done in house in order to reduce the cost.
Items of note, after the presentations, were the need to secure the school building that are used for voting. The Board agreed to contact the Borough Council to allow uniform officers to be station near the polling locations, and having a 1/2 day session on the polling days when needed. Another item that was voted on was to approve a tax level for the 2017-18 budget. The budget will be presented for public discussing at the Tuesday 25-April meeting and again at a special budget meeting on Monday -5-May. Both meeting are open to the public and will be held in the Bogota High  School  Cafeteria starting at 7:30p. The Cafeteria is located on the second floor at 2 Henry Luthin Pl. Bogota, NJ

The next Bogota Board of Education will  be on Tuesday 5-April and be a  regular meeting and work session. Action may will be taken at this meeting. This will be held in the Bogota High  School  Cafeteria starting at 7:30p. This is open to the public. The Cafeteria is located on the second floor at 2 Henry Luthin Pl. Bogota, NJ 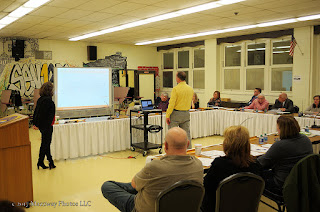 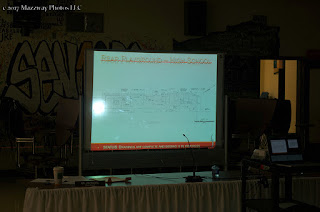 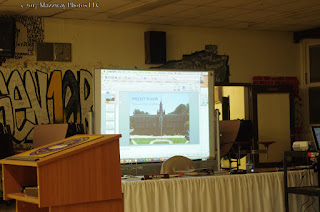