22-June-2017
On Thursday-22-June some Seniors of the Bogota  High School Class of 2017 paid a visit to their former Elementary Schools. This was the first time a Senior Clap out was staged in Bogota. The idea was suggested by a number of Senior Parents after seeing a similar event on social media. The Parent inquired to the High School Administration about  the possibility of doing  it in Bogota. Principal Damian Kennedy, and Vice Principal Kelly Foley DeCongelio made arrangements with the other schools in the district. Approximately two dozen Seniors arrived at Bixby School early in the morning. The Senior wore their robes, and waiting until after morning exercises to enter the building. They were greeted by the entire Student population lining the halls in front of their Classroom to give the older Student a warm welcome. Students, and Teacher applauded and congratulated the Class of 2017 on their Graduation. The Seniors in turn high fived,  and shook the hands of the Elementary schools Student to let them know in what will be only a few short short years they will be able to return the favor to the next Generation of Students. Some of the Seniors were able to find a younger sibling for an extra hug, or to shown off to the younger ones classmate. Some Seniors were able to find, hug, and reflects on life in Elementary School with their former Teachers.
Then the Seniors boarded a bus and repeated the walk at Steen School. The Seniors that attended either school lead the way through the hallways of their respected School. The youngest Students look-up in awe of this giants who entered their school to show these Students what lies ahead. When the Seniors walk by the Sixth Grade class the Grade School Student were given a first hand view of the footsteps they will be following in for the 2017-18 School year. After similar applause from the Steen Students, and sharing a moment with former Teachers, that now had to look up their past Students, The members of the Senior Class of 2017 were driven to Feigel Field to rehearse their Commencement Program suddenly only just a few hours in the future. 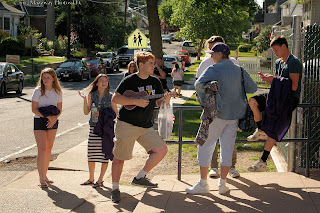 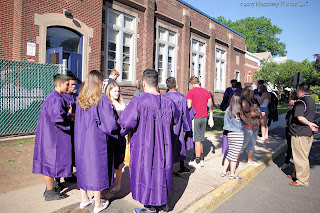 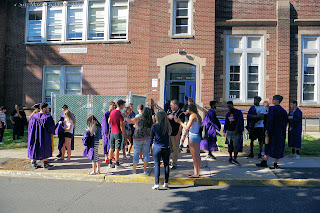 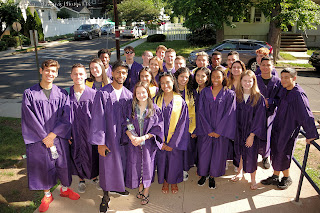 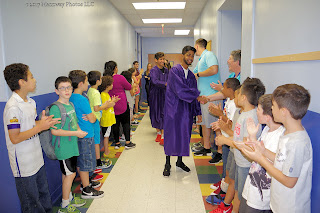 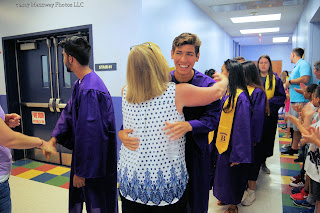 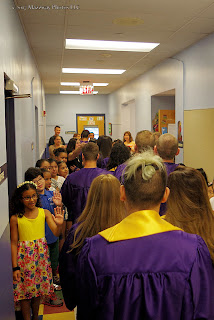 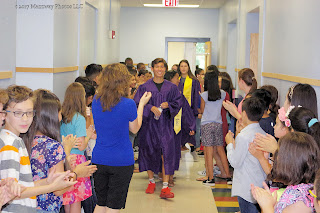 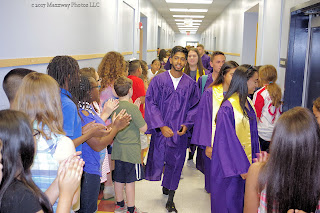 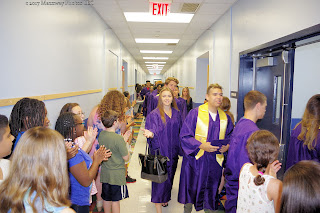 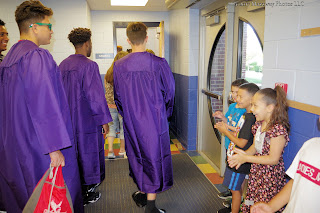 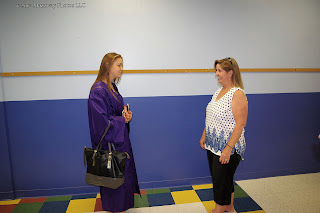 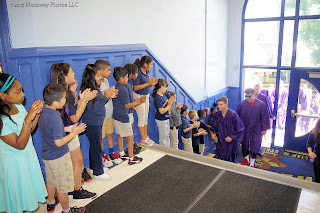 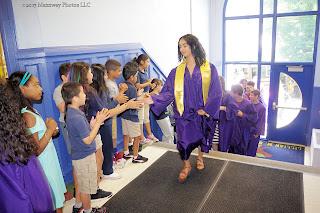 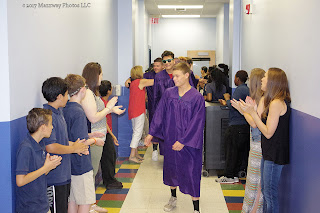 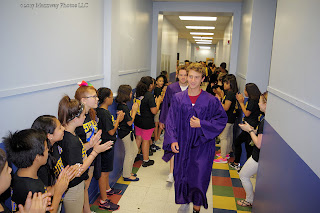 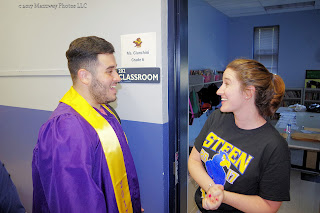 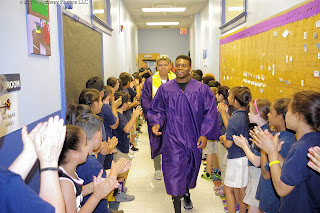 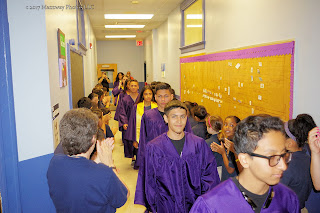 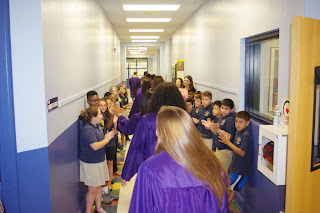 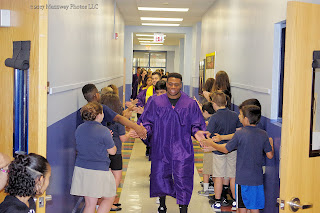 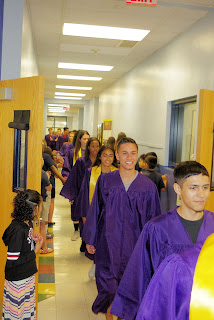