4-June-2017
On Friday-2- June  six members of the Bogota varsity Track squad competed in the State Group I championships in Egg Harbor. Samantha Gioiosa became the Group I champion in the Javelin with a throw of 143 ft 11 in. This was 18 ft longer than the second place finish.  Anna Maria Scarpis placed 4th in the 100m , and 4th in the Long Jump. Cristina Thomas also ran in the 100m by did not qualify for the finals. Ms. Scarpis placed 11th in the 200m  The Lady Bucs as a team place  13th out of the 41 teams that competed. Both Ms Gioiosa and Ms. Scarpis will compete the State Tournament of Champions on Saturday-10-June.
For the Men's team in the 1600 m run Danny Daurio finished 4th, James Draney 6th, and Cole Geraghty 12th. In the 3200m run Mr. Daurio placed second and Mr. Draney came in third. Mr. Geraghty finished 11. Bogota as a team placed 10th out of the 44 other teams competing.  Both Mr. Daurio and Mr Draney will compete the State Tournament of Champions on Saturday-10-June.
North Jersey.com  has published a more indepth story on Samantha Gioiosa which can be accessed at:  http://www.northjersey.com 3-June-2017

The following photos are courtesy of Holly Gioiosa and Pat Rochford. 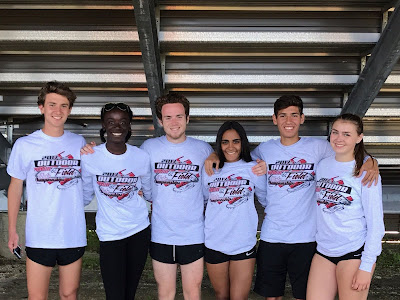 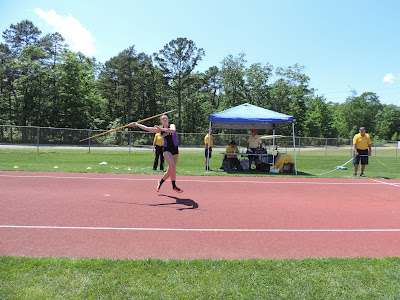 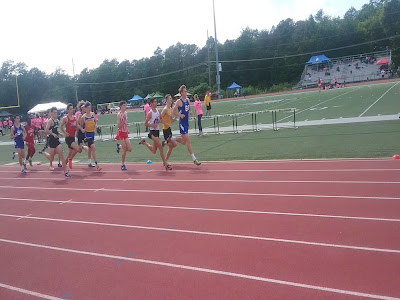