9-November-2020
On Sunday-8-November the Bogota Football Bucs restarted their 2020 season.  They would host the Palisades Park Tigers at Feigel Field. This  was supposed to be the opening game for both schools until the Palisades Park school District was force to  suspend classes for two weeks due to heath concerns. This make-up game was itself pushed back a day when the Bogota School District was also forced to stop in person classes for the same reason.
The game started with the Bogota defense keeping the Tigers limited deep in their own territory. Even with starting drives in the shadows of the Palisades Park goal post, the Bucs could not come away with any points. The first quarter would end without either team scoring.  The second 12 minutes would foreshadow the big play tempo of the game for the rest of the afternoon.  With Bogota near mid-field the Tigers Christopher McKnight intercepted a Gabriel Nunez pass and ran it back for a big return. However two blocking penalties placed the ball at mid-field. Bogota would the Palisades Park  offence in check and regain possession.  The Bucs would open the scoring on an 81 yard run by Jaden Feliz  down the left side of the field.  The two point conversion was stopped and Bogota would have a 6-0 lead.
On their next possession Palisades Park answered quickly when Stephano  Hadoulis would break a 72 yard run down the right side of the field for the Major score. The Tigers extra point attempt was block by Bogota’s Santiago Angelo and kept the game tied at six.  Palisades Park would take the lead with another Stephano  Hadoulis run of  71 yards.  This time a two point conversion was stopped with the Tigers holding onto a 12-6 advantage. Bogota would mount a long drive to end the half.  With Ashanti Caviness carrying most of the load in the first half the Bucs would bring the ball closed to the goal-line.  Then Mr. Caviness would finish what the Offense had started with a short dive into the end-zone to tie the score. He would then add on the two point conversion to give Bogota a 14-12 lead at halftime.
After the restart the teams would play a game of “Can You Top This” in the third Quarter. Palisades Park’s Stephano  Hadoulis would get his third Touch-down of the game with an 82 yards.  With the conversion being stopped the Tigers led by four points: 18-14. Bogota’s Gabriel Nunez had his turn and produced a 40 yard run to restore the Bucs lead. When Ashanti Caviness added another two point conversion they again had a four point; 22-18.  On Palisades Park’s next possession Tigers’ Quarterback Leo Driotlez scrambled to his right and was able to find Christopher McKnight for the reception. Mr. McKnight was able to race into the end-zone, when Stephano  Hadoulis pushed the ball in for the extra 2 points, Palisades Park would have a four point lead of their own 26-22.  But Bogota would again have Ashanti Caviness work a drive that saw the Bucs bring the ball to the five yard line.  Then Mr. Caviness would finish stretch  into the end-zone for his second Touch-down of the game. He would again add  the two point conversion to give Bogota a 30-26 lead at the three-quarter time mark.
The final act saw the defenses close ranks. Bogota’s defense worked hard to maintain advantage. Palisades Park’s defense met the challenge to give their offense one more time to score. The Bucs worked a time consuming drive as the clock worked its way towards the end. The Tiger did hold Bogota  25 yards away and force a fourth down play. Through- out the game Bogota would swap Quarterbacks, now it was Gabriel Nunez to get a positive result on a fourth down and long.  After a quick run to the right he was able to find  Michael Olivo open enough for first down yardage. Mr. Olivio stayed in the field of play and was able to record the clinching  touch-down for a 36-26 Bogota lead. Palisades Park’s kept playing, with little time left, only to be finally stop when Bogota’s Jonathan Camacho blocked a fourth down pass to end anymore scoring.
Palisades Park’s Stephano  Hadoulis  would finish the game with 3 Touch-down and 20 total Points. Bogota’s Ashanti Caviness record 2 Touch-downs with 18 Points. Bogota’s record is now 2-1.They are next scheduled to play on Sunday-15-November against Weehawken. This will take place at Feigel Field with a 1:00p kick-off. Attendance is limited.
Select photos from the Bogota Blog NJ collection of  Bogota Sports are now available for purchase. These may be order from the Bogota Blog NJ Zenfolio store at: Bogotablognj /Sports 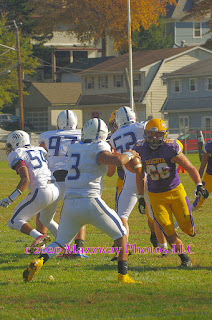 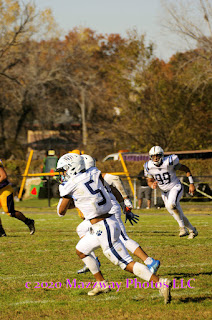 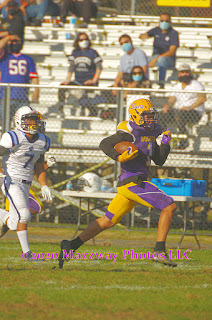 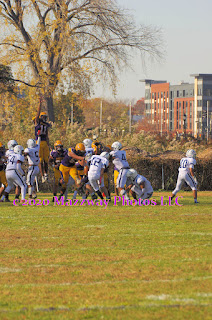 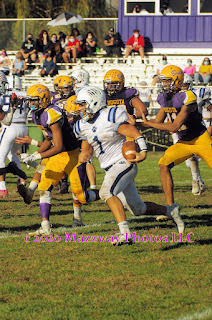 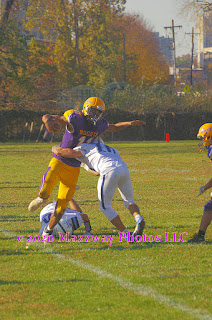 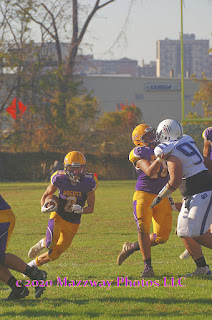 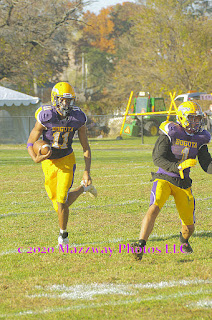 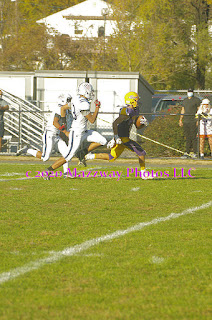 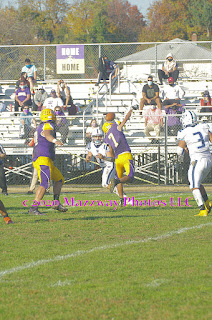 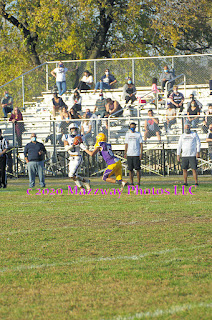 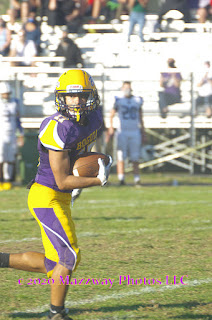 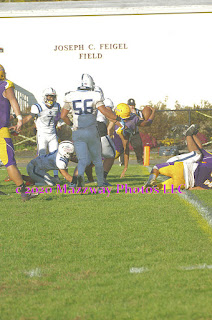 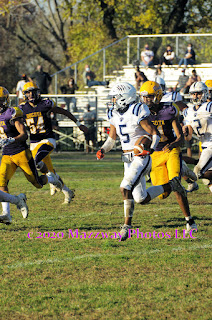 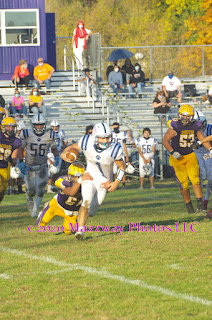 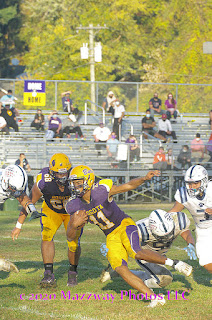 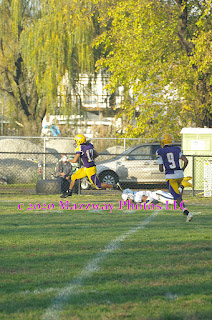 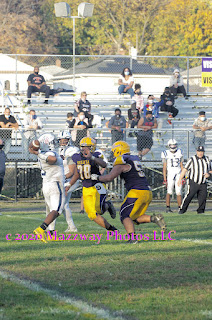 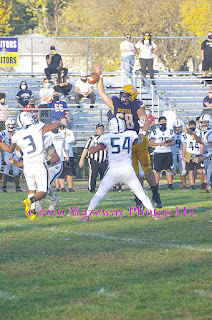