On Thursday-12-November the Bogota Borough Council held their meeting for the Month of November. Before the meeting officially started Bogota Mayor Chris Kelemen took a moment to remember Ms. Pat Burns who passed away earlier in the week. Ms. Burns was a long time teacher in the Bogota School District. She was the creator for the Week of the Arts program that has been apart of the Elementary schools spring curriculum for over 30 years.
Next the Council heard a number of presentations: The first was from the Bogota Grant Advisor Mr Steve Walsh. Mr Walsh gave his monthly update on applying for grant fund to assist the Borough. There was have been no new grants awarded since the last meeting, but  he did advisor the council on some new opportunities that should be considered. Next Mr. John DeLuca addressed the Council. He is asking the Council to consider adding signage, or street marking to make motorist aware, and the laws, about sharing the roads with Bicyclist.  He was followed by Ms. Lisa Lee of the organization  EZRide  which works with municipalities to assess the physical condition of the routes used to walk or bike and develop travel plans to improve the walking and bicycling experience. Members of Council responded by saying that due to the upcoming paving of both Main St. and River Rd by Bergen County this could be a useful addition to those street for better safety awareness.
There was two discussion that included the Bogota Police Department. One was the concern over speeding within the Borough. Police Chief Daniel Maye and traffic Officer Sgt Geoffrey Cole said that the Police continue to respond to notices from the residents about vehicle traveling a high speed on the local street.  They have set-up motoring devices on certain location and found there has been no significant increase in  traffic exceeding 30mph  (this is an acceptable overage with the Borough wide 25 mph speed limit). They did say that since the installation of speed monitoring signs, on Palisades Ave and Queen Anne Rd, the number of speeding violations has been reduced. Chief Maye agreed to schedule meeting with the Governing Body to see improve, and reduce the number of speed incidents in Bogota. Chief Maye also  talked about a new housing project planned in Teaneck.  This will be build at 520 Palisades Ave in Teaneck, just North of the Border with Bogota. The concern is that the development will extend to Leonia Ave in Bogota, which maybe used as access to the development. Chief Maye has composed a letter to the Township of Teaneck, and its planning board asking that if any connection to Leonia ave be gated off and used only for emergency purpose by Police, Fire and other Emergency Services vehicles. With this the Borough Attorney suggested that resident of Bogota attend the Teaneck Planing Board and express their concerns. The next Teaneck Planning Board meeting is scheduled for Wednesday-9 December at 8:00p. The link to access their meeting is at:  http://teanecktownnj.iqm2.com/Citizens/Detail_Meeting.aspx?ID=1718
Then Council moved to voting on agenda items. All but one item was passed unanimously. The exception was a vote to approve the minutes from the past two meetings and was passed by a 4-1 vote. Some of the more noteworthy items was the approval of the bond to purchase the property at  31 Fairview Ave so it can be use as a part of a support facility new Firehouse on West Shore Ave , and other Borough Departments. Another bond was for the installation of  handicap ramps along Main St. This is a first step in the repaving of that street from  the Teaneck Border to the William Ryan Bridge. A high percent of this bond should be reimburse to the Borough by Bergen County. Also approved was the creation of the Fire Watch program for the Borough.
The next Borough of Bogota Council meeting will be on Thursday-3-December. The start time will be  at 7:30p.  The meeting can be access by a number of different ways that will be published at a later date. The Fire Chiefs election meeting is scheduled for Saturday-5-December, this may need to be change due to health concerns.
More information on accessing this meeting will follow. For additional information please visit their website at: https://www.bogotaonline.org/
( To help  support Bogota Blog NJ with it's coverage of Local stories & sports
please contribute  at: donate to Bogota Blog NJ ) 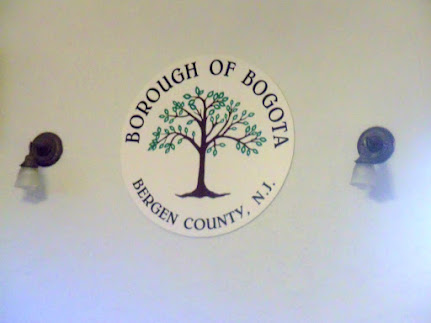