On Wednesday-11-November the Bogota VFW Ralph Hall post #5561 held their annual Veteran’s Day program. The program began with an opening prayer and Bogota High School Class of 2019  Gabrielle Cintron, singing  “America the Beautiful”  Next Post Commander Alexander Hernandez explained the meaning of Veterans Day. Originally called Armistice Day to mark the end of the First World War, It is now a time to thank those Veterans, still alive, for their past service to the Country.  This day is Veteran’s Day  to remember the end of World War I on 11-November-1918. He then asked any Veteran in attendance to stand up and be recognized by the audience.
Then Commander Hernandez introduced Bogota Mayor Chris Kelemen giving his address. He first thanked all the Veterans in attendance, and those who also came to show their respected for those who had served. He acknowledged the unselfishness contributions made the Women and Men who have served, and are currently serving  in the United States Armed Services.
The next of the ceremony  was to announce the 2020 Bogota Citizen of the Year. Unfortunately this years recipient Mr. Ed Sweeney passed away in October. During the introduction to the presentation it was said that Mr. Sweeney was informed that he had been named as Citizen of the Year. The hearing of this achievement brought a smile to his face, and a moment of pleasure to him. In reading the reading the nomination letter Mr Joel Karpoff listed just some of Mr. Sweeney’s contribution to the Citizens of Bogota. These included his sponsoring of Little League teams, to coaching St. Joseph’s basketball and his donations to the Bogota High School Sports and Academic with his scholarship programs. Another was who he would offer his financial services to many Veterans and other members of the community free of charge. Along with his hiring and training of many Students from Bogota High School to assisted them in starting their careers.
Then Commander Hernandez asked Ed Sweeney’s sister Gretta Gallagher  to step forward and receive his award.  Ms. Gallagher was presented with a proclamation from Congressmen Josh Gottheimer, by Ms. Kady Toledo,  acknowledging Ed Sweeney’s contributions to the Borough of Bogota. Commander Hernandez then shared a secret about his employees. In a soft voice Ed talked about how proud he is of the Women and Men would have worked for over the year. He would talk about who would be good at this job, and that someone else would know so much about that service. All the while praising the effort that all show in their job. Finally Commander Hernandez thought aloud on how God now has Ed as a new Financial Advisor.
( To help  support Bogota Blog NJ with it's coverage of Local stories & sports
please contribute  at: donate to Bogota Blog NJ ) 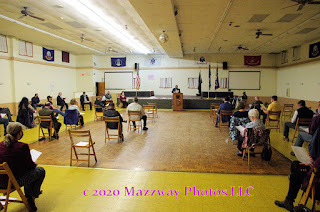 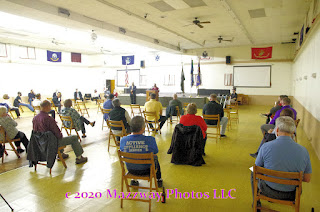 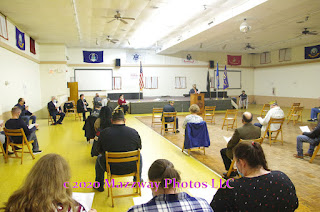 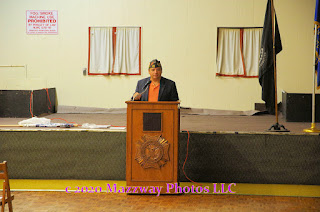 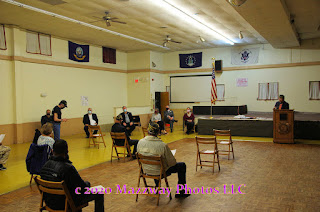 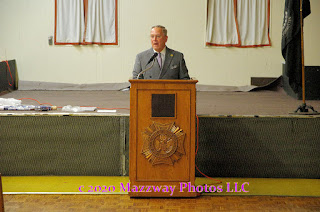 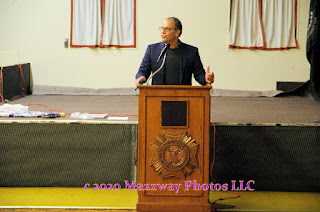 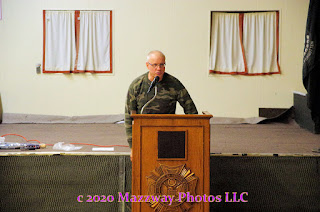 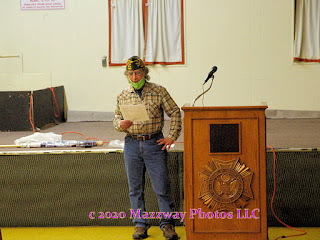 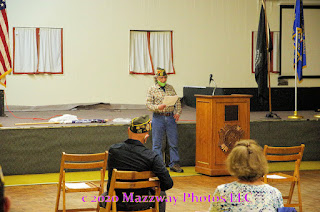 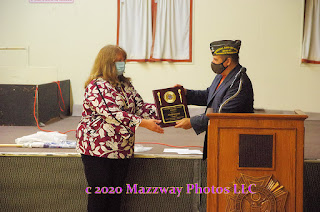 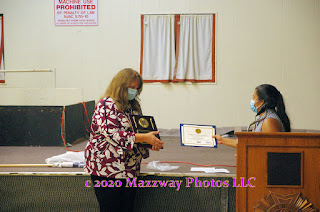 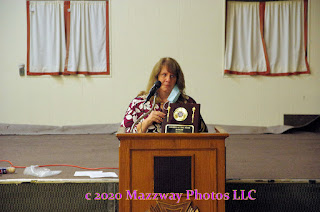