Bogota Board of Education Reorganization

On Tuesday-5- January the Bogota Board of Education held its Reorganization meeting for 2021.  The meeting started with the reading of the results from the November elections. Mr John Ortega received 1,740  votes, Mr. Jose Chavez had  1,715  votes, and  Ms.Bisi Ruckett  had 1,546  votes. These were the top three Candidates and won the three open seats on the Board of Education.  The other Candidates were Ms. Sandra Ospina  with 1,116  votes, Incumbent Trustee Ms. Maureen Miller  930 votes Incumbent Trustee Ms. Zabrina Kearns   847  votes and Ms. Kristen Meberg  with 734 votes. In the race for the one year open seat Mr. Frank Miranda won this seat with  2,028  votes with Ms.Trina Rivera-Olivo  receiving 1,289 votes. Then all four winners were given the oath of office  remotely by Business Administrator Irfan Evcil.
Once the new Board was seated, the Trustees voted for a Board President. Ms. Kathy   VanBurenwas elected President by a 6-3 vote. Mr. Jose Chavez was elected as Vice President  also with a unanimous vote.
All agenda items passed which included the 2021 meeting scheduled.  There was a question about the planned re-opening of the schools for in-person learning. Superintendent Damian Kennedy answered by saying: as of now the district  is scheduled to re-open on Tuesday-19-January. He added that there will be a meeting with the Bogota Board of Health sooner than that, and will follow any recommendations they have.
The next Board of Education meeting will be on Tuesday-12-January and is scheduled to start at 7:00p. This will be a virtual meeting and is open to the public.   Access information to be announced at a later date.This would be a virtual meeting. Updates and announcements from the Bogota Board of Education will be available at:  www.bogotaboe.com
( To help  support Bogota Blog NJ with it's coverage of Local stories & sports
please contribute  at: donate to Bogota Blog NJ ) 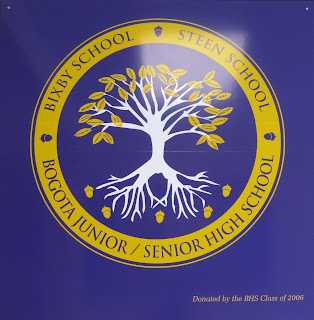 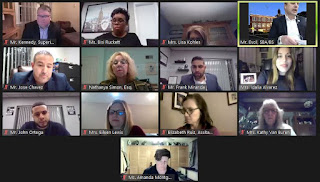