22-January-2021
On Friday-22 January the Borough of Bogota held a ceremony to swear in their two newest Police Officers. This took place on the steps of Borough Hall in-order to allow members of the officers families to attend. Bogota Mayor Chris Kelemen congratulated Officer George Hondros and Officer Joseph Naem on joining the Bogota Police Department. Mayor Kelemen then spoke to the relatives of both men and welcomed them into the Bogota Family.   He added that he hopes this will be just the first day of many and  successful  years in Bogota.
With Bogota Police Chief Daniel Maye, and Police Commissioner Councilman Michael Connors joining him Mayor Kelemen first asked  Officer George Hondros to step forward  for the oath of office.  With his fiance holding their bible the Mayor swore in  Officer Hondros as a member of the Bogota Police Dept. Officer Hondros then received his badge from Chief Maye. Next Officer Joseph Naem was joined by his Mother and fiance  for his oath of office. Chief Maye then handed Officer Naem his badge  soon afterward.
When the two Officers signed their oaths they took the time to pose for photos. First with the Mayor and Council. Then with their family who was able to watch the ceremony in person.
Officer George Hondros obtained his basic Police Certification at the Cape May County Police Academy. he also served at the Rutgers University Police Department before joining the Bogota Police Dept.
Officer Joseph Naem graduated from Jersey City University with a degree in Criminal Justice.   He served as a dispatcher for the Englewood Police Dept. and was a member of the New Jersey Institute of Technology’s Police Dept. before coming to Bogota.
Chief Maye welcomed both Officers and mentioned how they excelled in their professional life and were complimented with their work ethic. Along with high regard in their personal lives as well.
Select photos from the Bogota Blog NJ collection  are
available at  Bogota Blog NJ Zenfolio store at:   Bogota Events 2021
( To help  support Bogota Blog NJ with it's coverage of Local stories & sports
please contribute  at: donate to Bogota Blog NJ ) 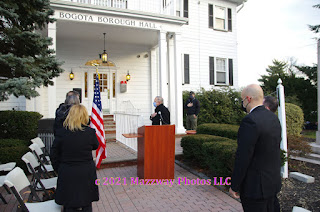 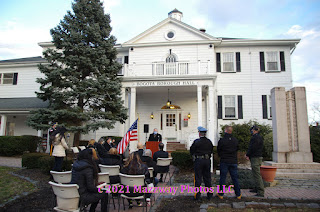 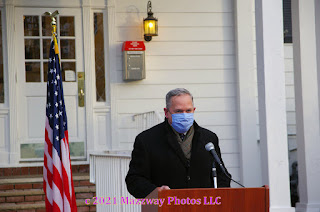 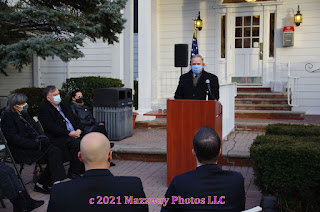 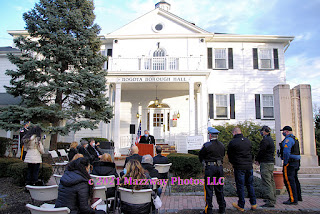 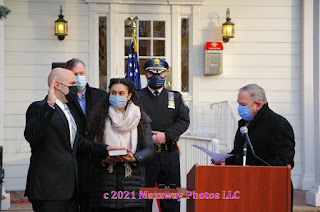 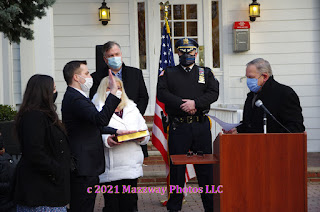 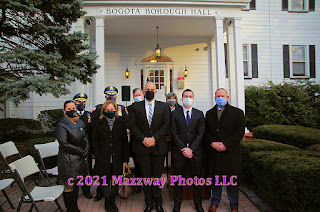 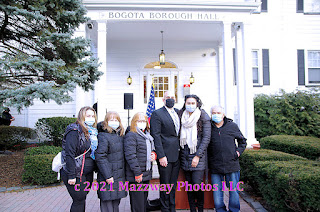 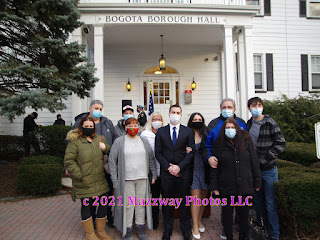