On Tuesday-12-January held their work session meeting for the month of January.  In his Superintendent Report Mr. Damian Kennedy announced that the Bogota Public Schools will re-open for Hybrid learning. This will take place on Tuesday-19-January.  The first day will be the scheduled Monday-Tuesday in school groups, This will be followed by the all-remote Wednesday session , then the  Thursday-Friday in school groups. teachers and support staff will be in their classrooms when Students are in the building. Superintendent Kennedy said that with the small amount of Student expected to attend in school, and with no in school transmission cases from the last Hybrid learning days the district could resume their Hybrid instruction.  He added that the New Jersey Department of Health  has Bergen County, and the rest of the State placed in the HIGH (or Orange) level of positive activity. This data will be updated weekly on Thursdays. If the County is raised to the  VERY HIGH ( or Red) level then in person learning will again be stopped. During the meeting Mr. Paul Viola from the Bogota Department of Health inquired to Superintendent Kennedy about having informed the Bogota Health Department of their decision about reopening of schools.  The Superintendent said that since the District itself closed the schools over the Holiday on a voluntary basis, and the District in constant contact with the North East Area about re-opening.  After Superintendent Kennedy contacted Mr. Viola on Wednesday the Districts schools could re-open under the Hybrid  plans.
Next Superintendent Kennedy informed the Trustees that a contract with St. Joseph, and the Archdiocese was completed. The Board of Education will have an early termination clause in their five year contact, in case the former St. Joseph school is not needed for Public School. The District also receives the First Right of refusal if the Archdiocese has plans to sell the classroom building in the future. The Superintendent said that a number of plans for the use of St. Joseph are being considered. One may be to use the classrooms to expand the Pre-School.  Another prosper  was to use the classrooms for all Sixth and Seventh grade Public School Student. Any use of the St. Joseph will not occur until the 2021-22 school year, and after approval from the trustees in an open meeting.
Then came a presentation of the District’s annual Financial Report. This was given by Mr. Gary Vinci. Mr. Vinci explained how using the Capital reserved to finance  projects would be the same as “Paying in Cash”. This has allowed the District to avoid asking for bond ordnance from the taxpayers. This saved the District from having to pay back any loans and the interest that would be charged.
When the Trustees considered the Consent Agenda a majority of the resolution were moved for approval at the next Board meeting. A half-a-dozen item will be discussed at the next meeting, the will be voted on then. Some noteworthy item were the approval of an After School Reading program to be paid for with Title I funding. Another was to accept the retirement of Ms Carol Misa effective on 30-June-2021.
The next Board of Education meeting will be on Tuesday-19-January and is scheduled to start at 7:00p. This will be a virtual meeting and is open to the public.   Access information to be announced at a later date. This would be a virtual meeting. Updates and announcements from the Bogota Board of Education will be available at:  www.bogotaboe.com
Addition information about the District reopening plans can be found at: Bogota School re-opening 2020 ;  Bogota hybridvirtual-parent-portal
Along with information in both English and   GUÍA DE USUARIO - Español  at  https://www.bogotaboe.com/domain/423
( To help support Bogota Blog NJ with it's coverage of Local stories & sports
please contribute at: donate to Bogota Blog NJ) 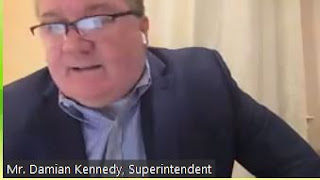