On Tuesday 6-Jan the Bogota Bucs Basketball team against Cresskill.
The Lady Bucs were shutout in the first period, and lost to the Lady Cougars by the score of 15-43. They are still winless for this season. They next play at Palisades Park on Thursday 8- Jan the Tipoff is scheduled for 5:30p.
The Boys team hosted Cresskill at Speary Gym The Cougars lead throughout the game on their way to a 47-72 victory. Anthony Ovalle lead Bogota in scoring with 17 Points he and Isiah DeLa Cruz both had team high 3 Three points baskets. Thier record now stands at 1-5. The next play Palisades park on Thursday at Speary Gym with the game scheduled to start at 7:00p
The Bogota Wrestling Squad has a Match on Wednesday 7-Jan at Emerson it is schedule to start at 7:00p
The St. Joseph's Middle School Basketball team won the Christmas Tournament at Chorpus Christi H.S.

Scenes from the Bogota  Bucs Boys game against Cresskill 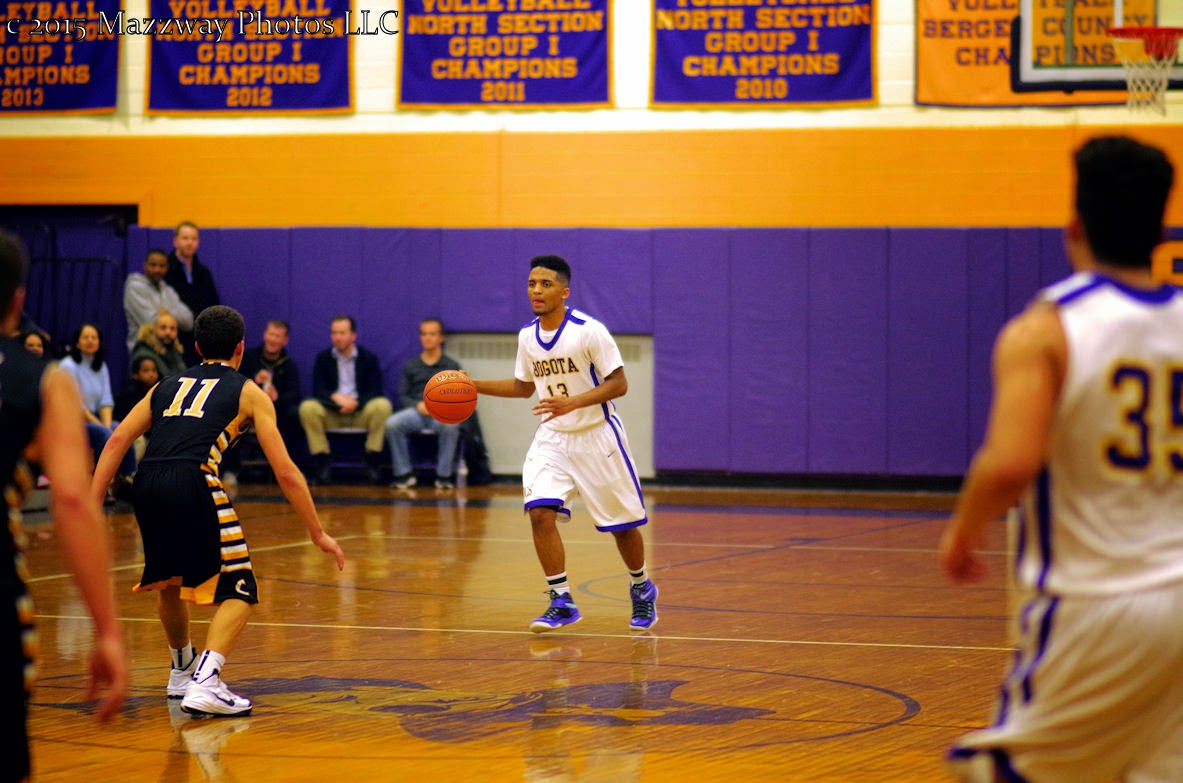 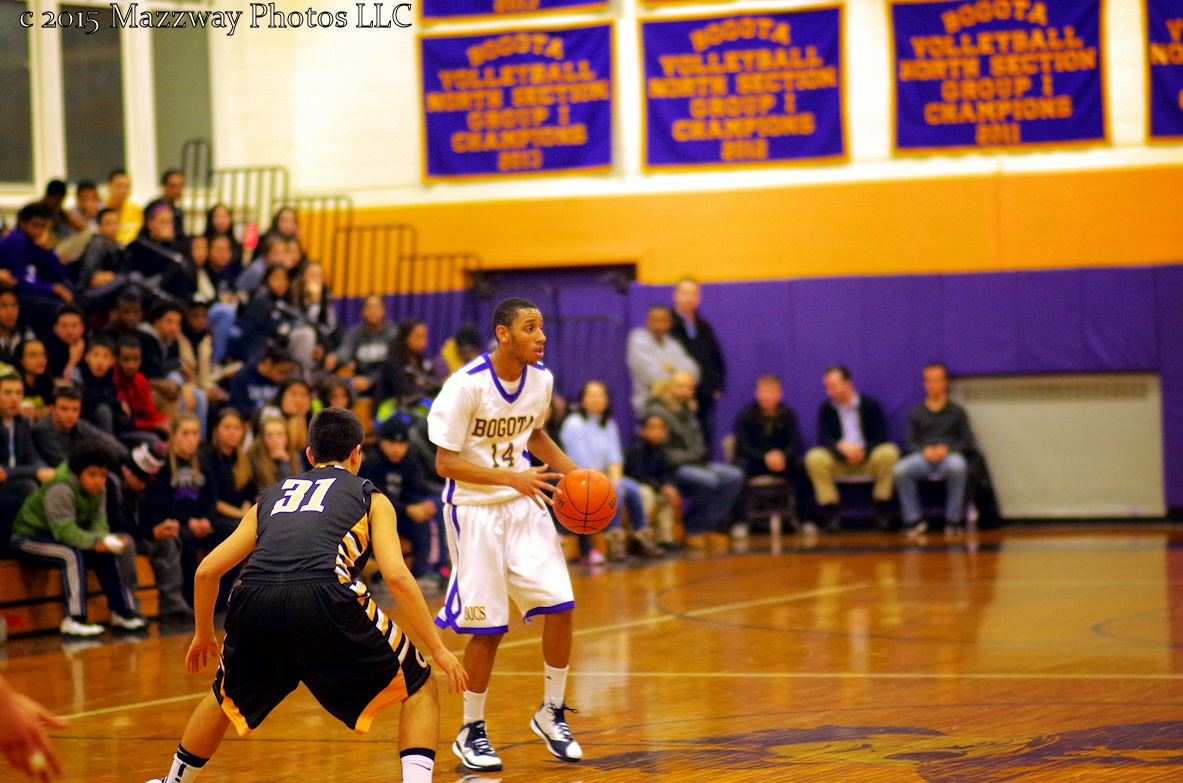 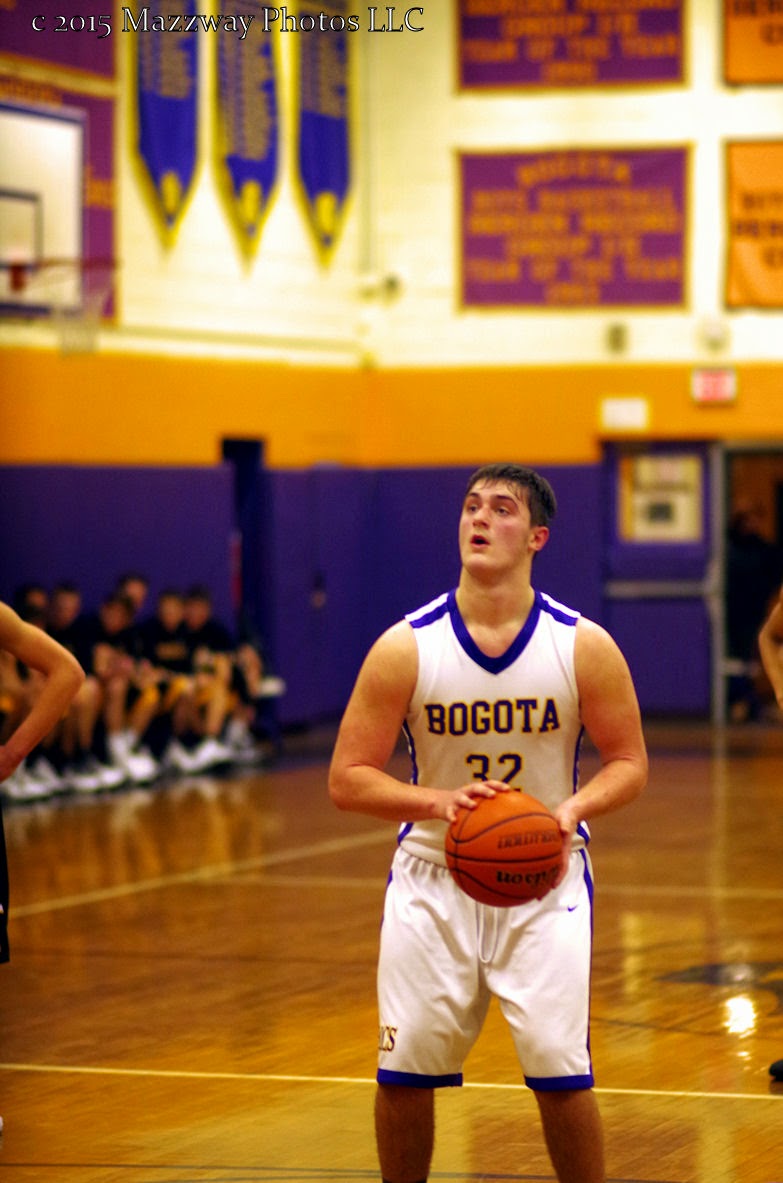 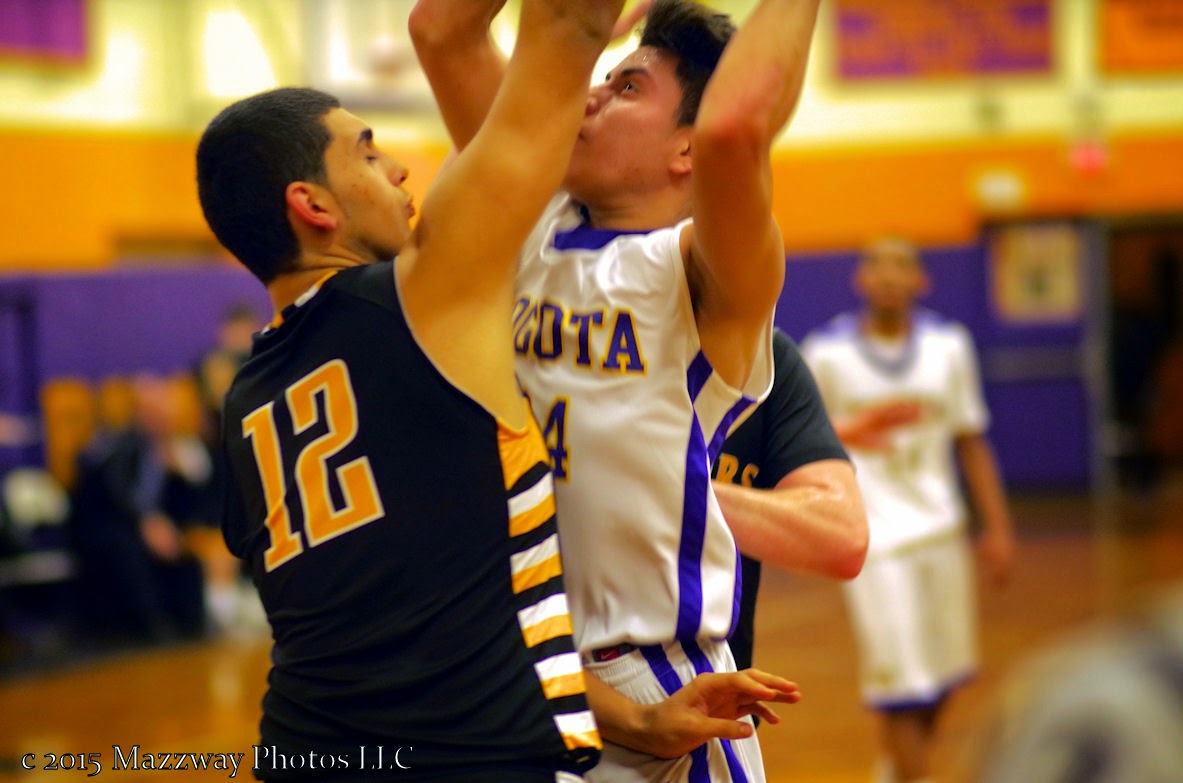 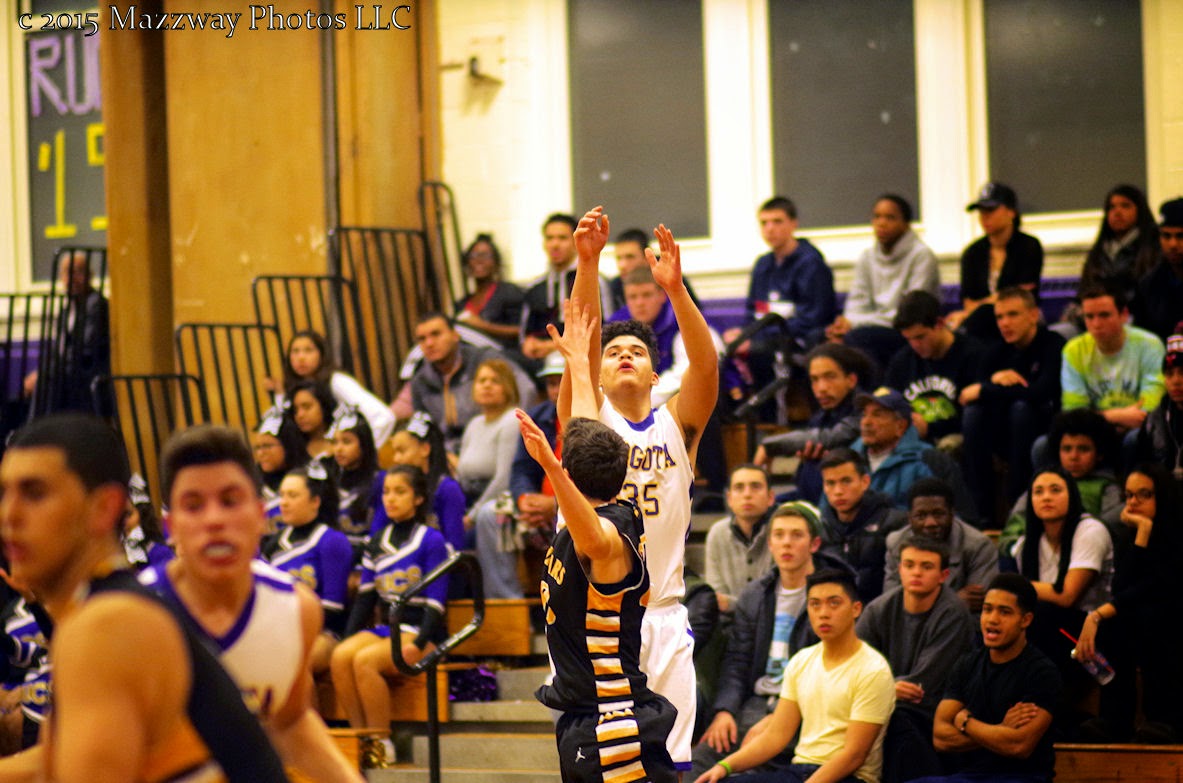 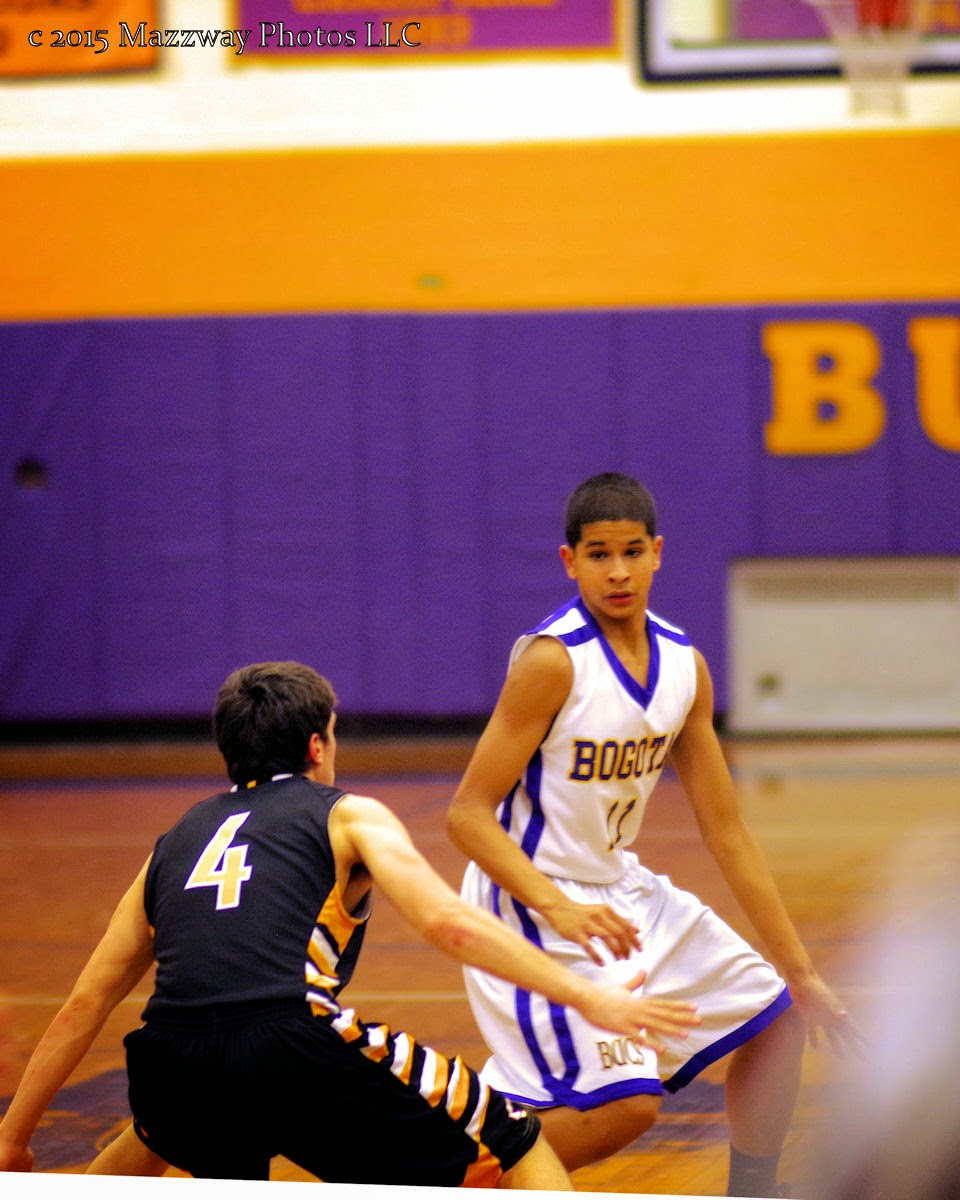 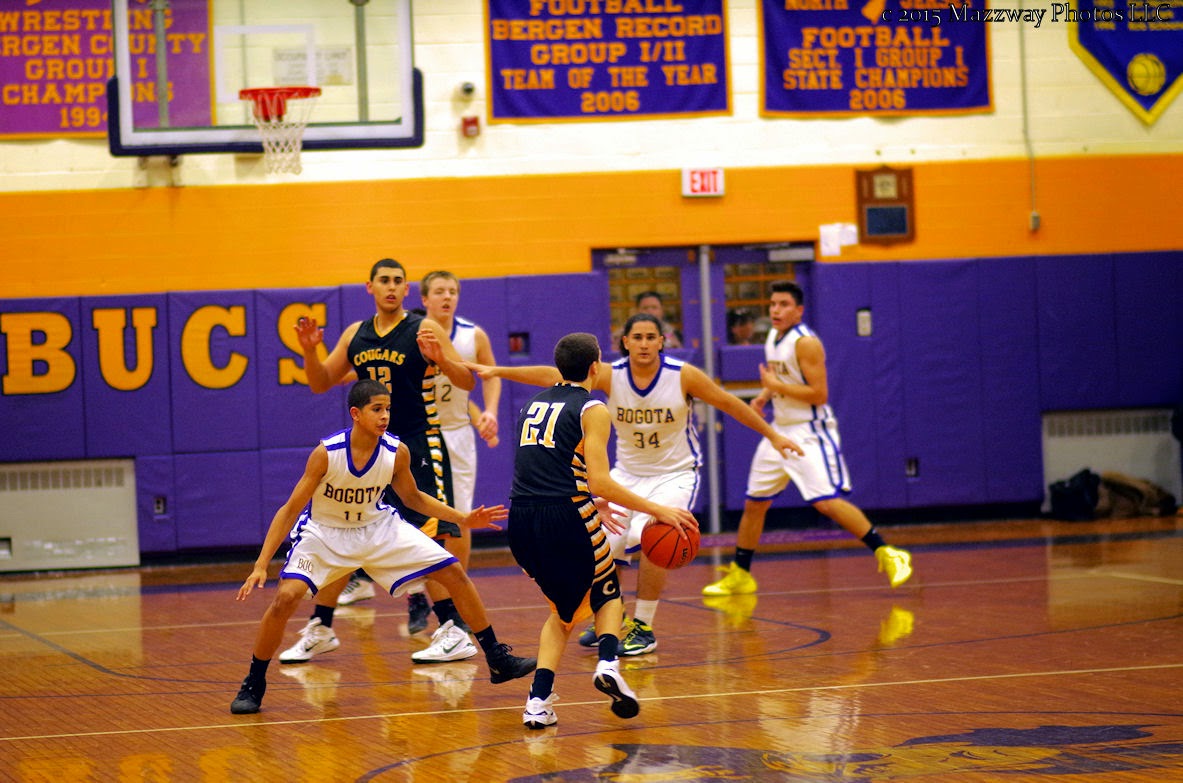