On Saturday 14- November the Borough of Bogota dedicated the street in front of the Police Station to the former Bogota Police Chief Henry J. Smith.  Chief Smith served 38 years on the Bogota Police force. He first came on the job in 1956, after serving in the Navy during World War II. He was promoted to Chief in 1982 and served in that post until his retirement in 1988. Chief Smith passed away in 2013. In attendance was his Wife Dorothy, Children John, Barbara, Michael, and Joanne. Joining them were many of the Smith family including some of his 14 Grandchildren and 10 1/2 Great Grandchildren.
Also joining to honour Chief Smith were retired Bogota Police Chiefs, former Mayors of Bogota, current and past members of Borough Council. Representing the State of New jersey was Assemblyman Gordon Johnson and Bergen County Freeholders Tracy Silna Zur and Maura DeNicola. Current and retired Bogota Police and Fire Depts. along with Offices  from other local Communities and from the President of the Bergen County Chiefs  Assoc.  Chief Joseph Rutigliano.
The ceremony began with Michael Smith leading the Pledge of Allegiance, then John Burke Jr. singing the National Anthem. The keynote speaker was Former  Bogota Mayor William Schuber. He had prepared  remarks, but instead he talked about growing up as a friend of the Family. He told of playing with Chief Smith's sons and seeing their Father like any other Parent until his uniform came on. Then as became a man who was to be respected, and admired. He then moved forward in time when, as Mayor, he asked if Mr. Smith could take over a Police Chief after the sudden passing the then Chief. Mr. Schuber had gone from playmate to his sons, to Chief Smith "Boss" but even as Mayor he tried to do things  "Smitty's Way".
Then Assemblyman Gordon Johnson presented the the Smith Family a proclamation honouring the work Chief Smith did for Bogota, and New Jersey.  He was followed by Bergen County Freeholders Tracy Silna Zur and Maura DeNicola making their own presentations to the Smith Family. Then Bogota Mayor Chris Keleman read the Proclamation making  Saturday 14- November-2015 Chief Henry J. Smith Day in Bogota. After all the presentation the Family moved to the corner of Larch Ave to watch the unveiling of "Henry J. Smith Way" over  W. Broad St.  The final tribute was made by John Smith to his Father, and to thank everyone who helped make it so that every resident of Bogota will have a chance to walk "Smitty's Way" 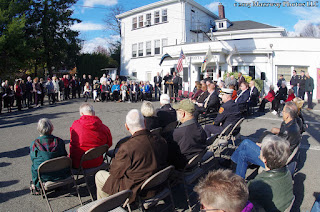 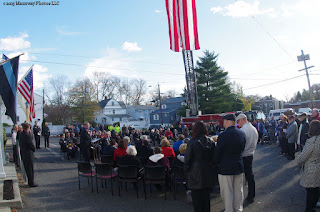 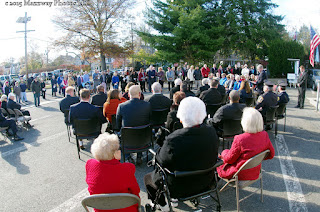 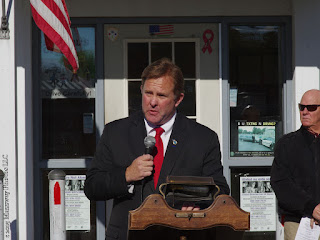 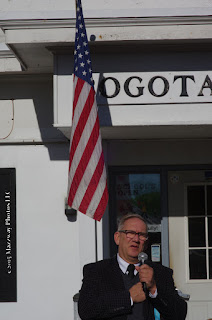 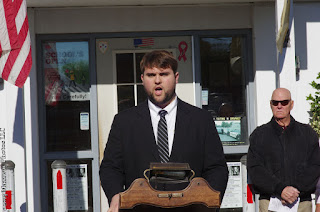 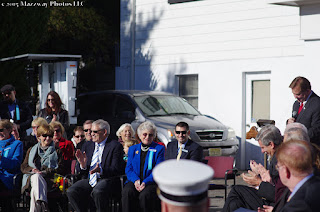 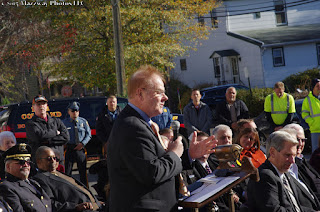 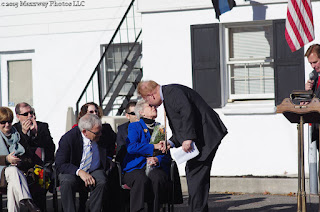 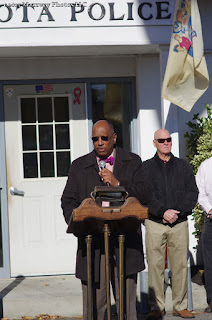 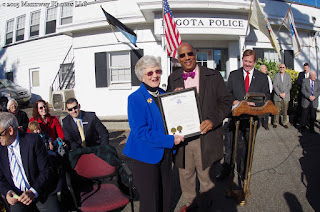 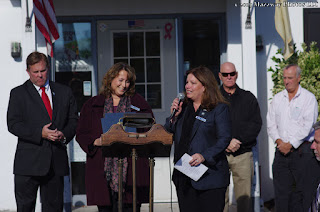 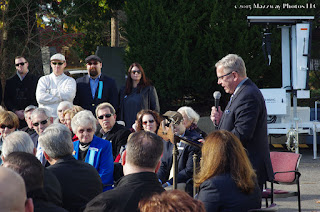 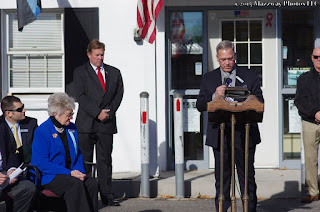 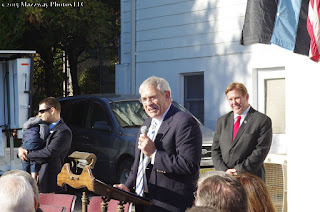 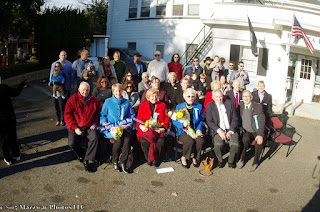 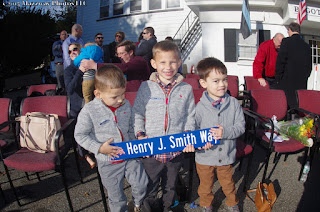 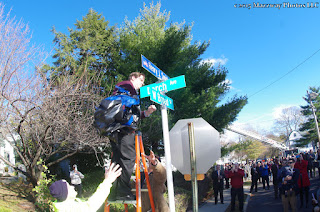 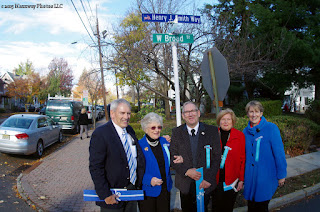