Note:  The Bogota Football Bucs will play a Crossover game at Dayton on Thursday 12-November. This will have a scheduled Kickoff at 7:00p.

On Tuesday #1 Bogota played # 8 Cedar Grove in a Quarterfinal Match of the Group 1  Tournament. In the first game both teams traded points  in the early stages. After Bogota had taken a two Point lead they  watch  the Lady Panthers recover to tie the game at nine. This  prompted   Bogota Coach Brad DiRupo to remind his more Veterans players that they had won a State Championship before, and should remember how to play like one.  Soon after Samantha Gioiosa won back the service , which allowed Anna Granquist to have a long Service run which included a number of her match high 6 Aces.  Bogota then won the first game on the way to a 2-0 (25-10: 25-7) win. Ms. Granquist also finished 14 Service Points tied with Samantha Gioiosa with 14. Ms. Gioiosa record a match high 20 Kills, and Amanda Manzo had a match high of 26 Assists.
This victory moves #1 Bogota in to the State Semifinal round against #5 Glen Rock to be played on Thursday 12-November at Speary Gym with a schedule start time of 7:00p 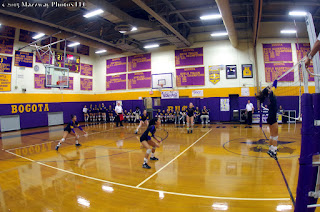 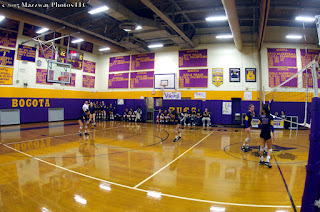 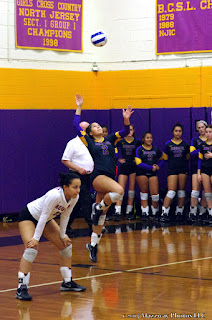 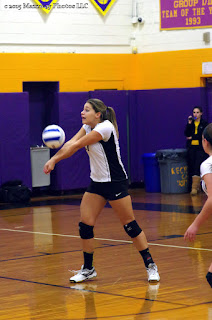 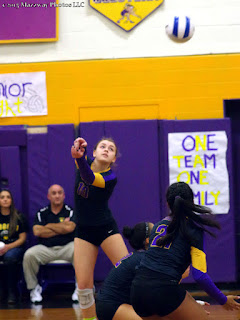 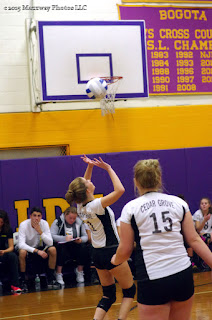 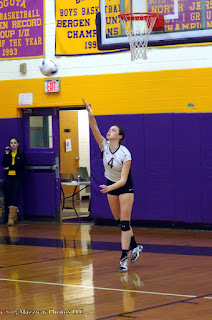 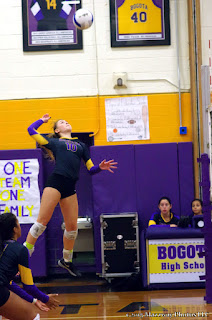 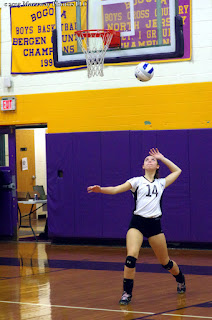 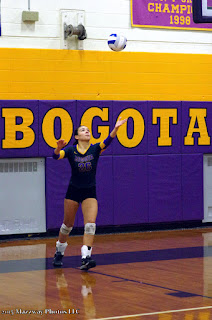 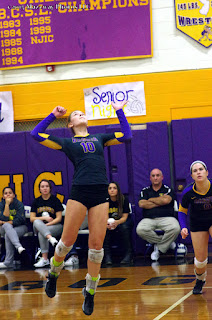 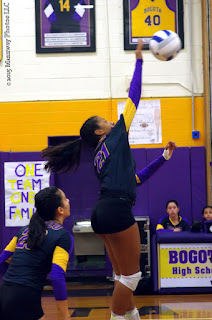 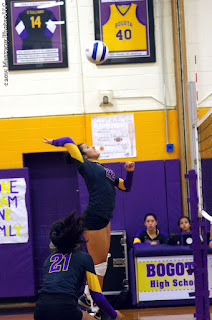 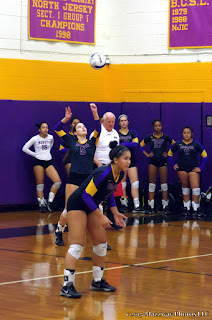