Results from Bogota sports from over the weekend.  At the North 1 Group 1 Indoor Tack Championships, on Saturday-4-February,  Bogota distance runners won the 1600 and 3200 meter races. Danny Daurio finished first in both races and James Draney placing second in both. Cole Geraghty came in fifth in the 3200 m. These three runners scored a combine Point total to earn Bogota a fourth place finish in the 16 team field. All three runners will now compete in the NJ Indoor Track Group 1 State Championships on Friday-17 February. This will be held at the John Bennet Athletic Center in Toms River NJ. 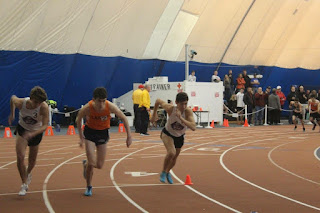 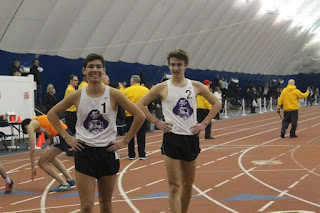 The Bogota/Weehawken wrestling squad took part in the Hudson County Dual on Saturday-4-February. This was held at Union City High School. They lost one match to Kearny 22-57.   Michael Martinez at 126 lbs, Tyler Williams at 138 lbs, Evan Schroer at 285 lbs all scored Pin Falls.  Simon Cardona at 220 lbs recorded a Major Decision.  They next had a match against Union City and won 42-36. Michael Martinez  at 120 lbs, Tyler Williams at 138 lbs,  Alfonso Salandra at 170 lbs James Bracket at 182 lbs  and  Simon Cardona at 220 lbs all won by Pin Falls. Their final match was a 41-39 win over Secaucus. Brandon Gonzalez at 132 lbs Tyler Williams at 138 lbs, Michael Fitzgerald at 152 lbs,  Alfonso Salandra at 170 lbs all had Pin Fall wins. While Michael Martinez  at 120 lbs recorded a Technical Fall. Their record is now 12-13.
Bogota/Weehawken will be ranked #7 in the NJSIAA North 1 Group 1 Tournament. They will face #2 Butler on Monday-6 February at Butler with a scheduled start time of 7:00p. Their next League match will be on Wednesday-8-February at Tenafly with the first bout schedule to start at 7:00p. 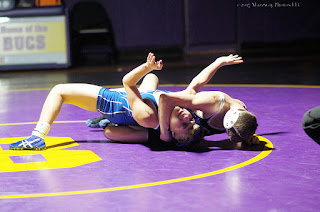 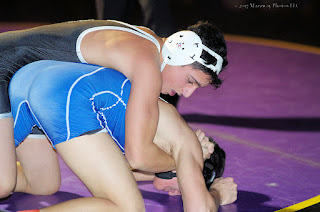