7-April-2017
On Thursday-6-April the Bogota Public Library held the first of their Career Night Lectures. This first in the series was about working in Broadcast Journalism. The first speaker was Randall Pinkston, a former correspondent for  Al Jazeera America, and a long time reporter for CBS News. Mr Pinkston first talked about how he came to work as a reporter even though he had never though about working in the news business. He told of his early childhood in  Jackson Mississippi and living down the block from the then segregated Black Library there. This allowed him to develop a fondness for reading. At the same time he would listen to an AM radio in the evening and hear  entertainment and news from the larger radio station located in St.Louis, Chicago, and New York.  He would attend Wesleyan University in Connecticut until the death of his Father forced him to move back home. While back in Jackson a family friend, and Minster, encouraged him to apply for a job at a local TV station. At this point Mr. Pinkston talked directly to the Students in attendance.  One thing he said of  how slowly the mind set of segregation was starting to ease. Another was if an offer the advice comes from an Adult, and just as important if it an Adult that is respected, a person should take the time to consider the advice. Because that suggestion to try something may work out in ways that is not obvious at the time.  Mr. Pinkston  was given a job as a news reader, which then slowly progressed in a reporter, and then a correspondent. Through his early career he was still studying to became a Lawyer.  After 20 years of working in local news he accepted a position as a White House correspondent for CBS news.
The other speaker on this evening was Akram Abi-Hanna who is current a videographer  for ABC News. He talked about how his career started in Lebanon, and how he has work covering news stories in vast parts of the world. 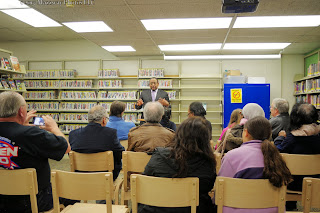 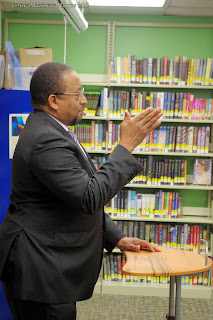 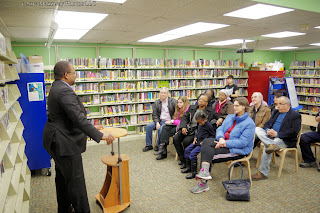 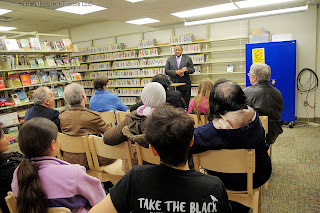 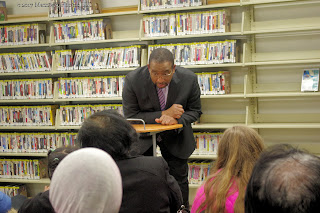 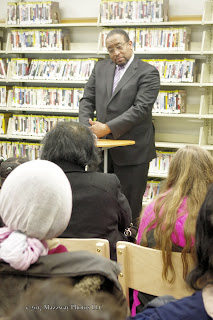