On Tuesday-25-April The Bogota Public Library hosted a lecture on the different types of sources available that can be called news outlets. This was presented by Stephanie Schwartz a former Audience Development Editor  at the National Memo, and currently an Audience Engagement Journalist.  She started by asking how those in attendance got their news. Most of those still watch TV, and read Newspaper. She told of other types of media outlet from websites, and social media,  to podcast, emails, along with friends and family. She then showed how the type of news preference varies now the age of the person looking for information. What this chart showed was that the older the audience the more they rely on traditional media outlets. It also showed the growing use of new media in the younger population.   Ms. Schwartz explained what would be considered  news has become more of explanation of content, while others are stories presented  just to "verify information"  of a story.  She explained about  the types of filters used by outlets to present a story, sometime geared towards their audience. This would be the choice of one story over another, or what to use, or omit, from a story.  Sometimes it is the difference between news on a local interest, as opposed to a national one.  Another of her segments dealt with the ways news outlet are funded. Previous times news outlets use ads, subscriptions and classified to  support their work. Now outlet have moved to using sponsorships,  data selling, merchandising to consumers  along with other newer revenue streams. Later own this was linked to the types of stories a particulate outlet covers.
The next part talked about  the different types of content available from today's media outlets. Breaking news is still a mainstay of TV news, with Cable TV a major provider. While there is still programing that will provide in depth cover of a story, those type of stories may be found in arrange of media.  There has been a growing shift for established news outlet in both TV and print to use social media as a supplement  in acquiring and presenting this type of information. The types of journalism has changed as well. From the standard types of journalism, to speculative, such as trying report the outcomes of elections and sporting events, commentary,  "News You Can Use"  and others.  A newer form has been called infotainment, like late talk shows, and satirical programing. These are primarily entertainment program, that incorporates real time news coverage in their presentation.
Ms. Schwartz gave the underlining purpose of news as to inform, allow for understanding , and interpretation to learn more about the world around us. This still includes entertainment, and persuasion.  She next  began to explain what she describes  as the "Masquerading of News"  This includes historical practices of propaganda, misinformation,  disinformation, and included on what now has been called Fake News.  Propaganda is best known for its wartime use in order to persuade the population into acting against another. With disinformation being use heavy as a component to mislead, or deceive the intended audience. While misinformation is mostly a error in content.  The raise of fake news is  a style of reporting being use in such a way to  support a particular idea, or belief. This is a type of reporting used by outlets, including website, in a non-journalist format. The accuracy of the information and sources is secondary, or even nonexistent, compared to emotional feeling it causes.
At the end of the lecture Ms Schwartz's offer her guidance in wading through the variety news outlets available. She talked about the need for using a wide range of sources to find the information that is wanted.  She also said that the use of different types of media will also allow for a more rounded search for information.  A viewer,or reader, should look for outlets that provides transparency,  and context be using multiple sources that should provide the best information.
For more information please visit her website at: http://mediadissector.com/ or use her twitter handle at; @mediadissector 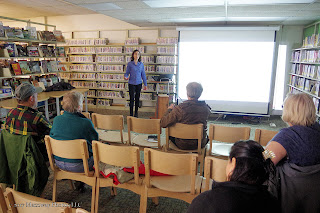 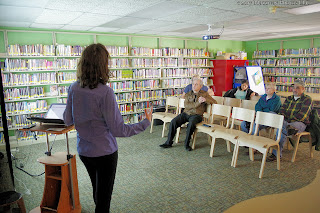 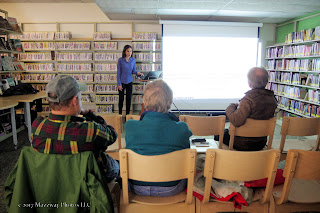