27-April-2017
On Tuesday-25-April the Bogota Track & Field squads had a tri-meet against Park Ridge and Waldwick. This took place at Waldwick High School. The Lady Bucs lost to both of the competing teams. Against Park Ridge it was a score of 39-90 and to Waldwick 65-68. Bogota's Anna Marie Scarpis post meet best in the 100m at 12.2, the 200m at 26.03  and the Long Jump at 16ft 2 1/2in. Samantha Gioiosa had a 141ft  2in throw in the Javelin.
The Men's squad split their competition outscoring  Waldwick 101-25, but losing to Park Ridge 67-68
The Lady Bucs are 3-5 on the season. The Men's team is 5-3
Both squads will next compete on Monday-1-May  in the Patriot League Championship @ Emerson 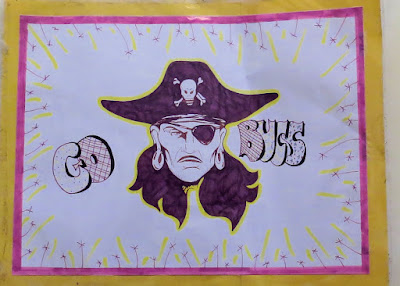 On Tuesday US News and World Report published their list of the best High Schools in the United States. There was a total of 6,041 High Schools in the survey.  85 of those were from New Jersey.  Data of 20,000  High Schools in the US were used. Schools were ranked by the performance of the Students per school. Next they were  assessed whether disadvantaged students performed at or better than state averages for the least-advantaged students.  Schools were then judged by graduation rates and college readiness.  Finally, U.S. News calculated a college readiness index, which was the number of 12th graders who took and passed at least one AP test, divided by the number of 12th graders at that school. To be ranked numerically nationally, schools had to pass steps 1-3 and have a college readiness index of 20.91 or greater.
Bogota was ranked 2446 in the Nation and 68 in the State, that places it 16th in Bergen County. This result  earned Bogota a Silver Medal with US News and World Report. In the publication scorecard of College readiness, Math, & English proficiency  and AP testing & passing Bogota did not score above 50% in any of the categories. 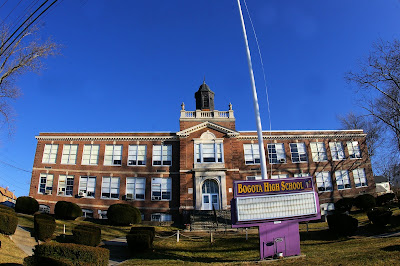