9-November-2017
On Wednesday the #2 Bogota Lady Bucs  played the #3 Rutherford Lady Bulldogs in the Semifinal match of 2017 NJSIAA Group 1 Women's Volleyball Tournament. This was played in front of an overflow crowd at Speary Gym.  Before the match started  Bogota Coach Brad DiRupo present Bogota Graduate Samantha Gioiosa with her Senior Jersey  in recognition of her #10  will be retired. This is in honour of her being named a three time All-American last year.  Her #10  joins Carly O'Sullivan #14,  and Pat Sullivan's #40 on the wall in Speary Gym.
The match was  three set affair between two of the top teams in New Jersey.  Rutherford would win the first point of the match , only to have Bogota tie the score at one. This would be the first of three 10 ties, and six lead changes.  Neither team would enjoy a lead of more than three points.  Bogota would hold a one time advantage of 16-13. The Lady Bulldogs would regroup after a timeout and  would regain the lead off of five straight points.  The Lady Bucs would again force two more ties, with the last one being a 23-23.  Rutherford would win the side out, then scored the final point earn a 25-23 set win, and a 1-0 match lead. This would be the first set loss for Bogota at home this season.
The second set started with the teams trading side out which had the teams tied at 1-1, 2-2, & 3-3. Bogota would win back the service for a 4-3 lead, and supported Lisbeth Suarez serving to push ahead 8-3. Bogota would start a slow and steady pace to a 25-12 second set win to tie the match at one game apiece.
In the third set Rutherford would again serve first and for second time Bogota would win back the side out. Julianne Corniel would spot the Lady Bucs to a 3-0 lead. The Lady Bulldogs would cut into the lead with Jenna Rogers serving Rutherford to a 6-6 tie. Bogota would again take a lead, but  Rutherford would continue to win back points to keep the score close. Alysa Vasquez would give Bogota a three point lead , and Rutherford would grab their own lead at 13-12 behind Riddhi Shah. When Julianne Corniel would serve again she would lead Bogota on an eight point run to give Bogota a not so comfortable lead.  Throughout the match both teams would play until a signal was given to end play. The low ceiling in Speary Gym was just one more player the teams had to deal with. Whether a dig would ricochet to the beams hanging below the ceiling. Or the ball roll teasingly along the top of the net each player knew to win that point could mean a victory for their side. When Bogota's Lisbeth Suarez would follow the ball's flight to beyond the sideline it meant the Lady Bucs would  have a 25-16 and 2-1 match win.
Bogota would pose with the Section B Group I  Championship award, and would earn a sport in the  State Group I  Championship Match. They will play #1 Verona in the finals on Saturday-11-November. This will be played at  William Paterson University, the first serve is scheduled for 10:30a
Julianne Corniel and Lisbeth Suarez would each have 12 Service Points, Ms Suarez would have 4 Aces. Nylene Mateo would record 24 Kills for Bogota, and Jenna Rogers would have 20 for Rutherford.   Bogota's Alyssa Vazquez  would finish with 42 Assists and Rutherford's Anna DeCesare would have 30. Bogota's Lisbeth Suarez would have 24 Dig and Jenna Rogers would have 20 for Rutherford. Julianne Corniel would have a team high of 4 Blocks for Bogota. 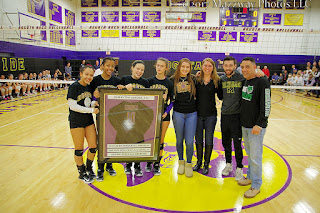 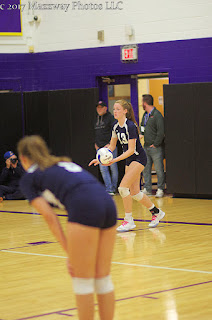 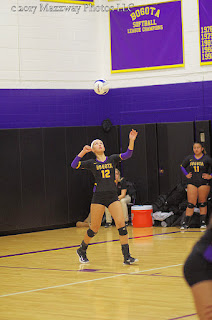 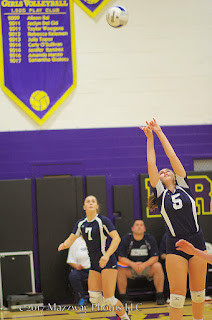 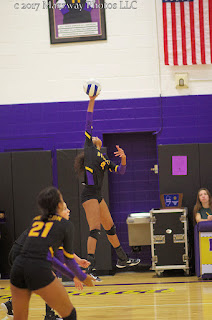 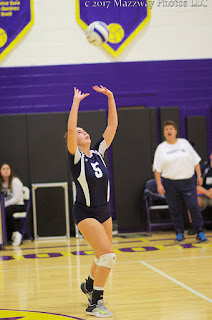 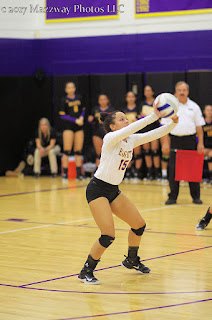 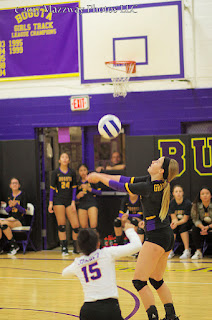 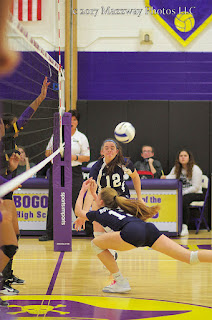 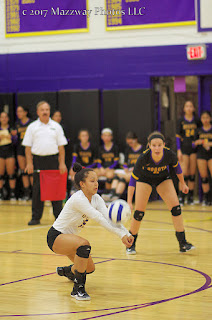 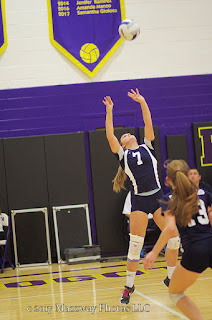 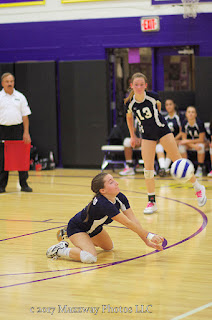 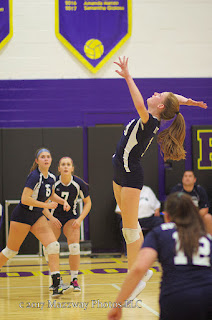 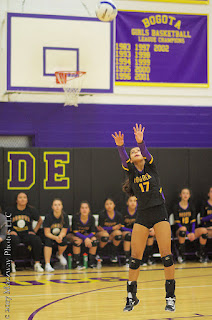 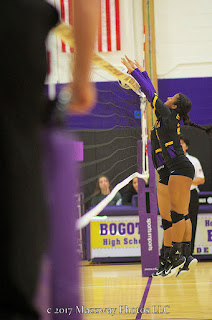 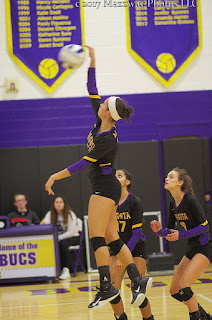 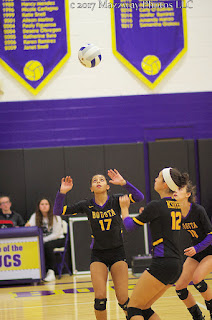 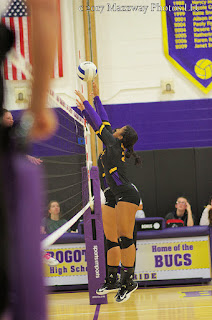 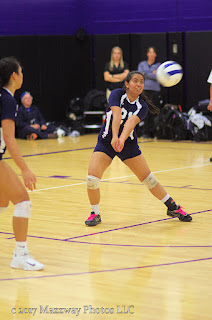 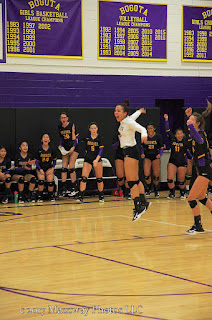 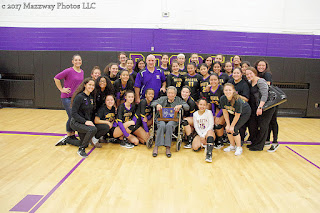