On Saturday-17-February  The Bogota/ Weehawken Wrestling  squad competed at the NJSIAA  District 6 Tournament  in Fair Lawn NJ. The place sixth in the ten team field.  Five Bogota/ Weehawken Wrestlers advanced to the Semifinal final round. They where  Danny Gonzalez at 132 lbs, Brandon Gonzalez at 138 lbs, Kevin Rodriguez at 145 lbs, Tyler Williams at 152 lbs, Michael Fitzgerald at  170 lbs. Danny Gonzalez defeated  Mike Checinski of Fair Lawn 4-2 in Sudden Victory.  Tyler Williams scored a  13-3 Major Decision over Chris Curry  from Saddle Brook.  The other three would move to the Third Place Qualifiers round.  There Brandon Gonzalez would pin Jakob Dmitruk from Saddle Brook in the second period. Michael Fitzgerald  would win in a walk over. and Kevin Rodriguez would suffer a Major Decision loss to David Mathusek  of Mount Olive.
In the Final round Danny Gonzalez would be defeated by Sean Gentile of Parsippany by a 6-0 decision.  Tyler Williams  would lose to Anthony Spera from Mount Olive by a 4-1 Decision. 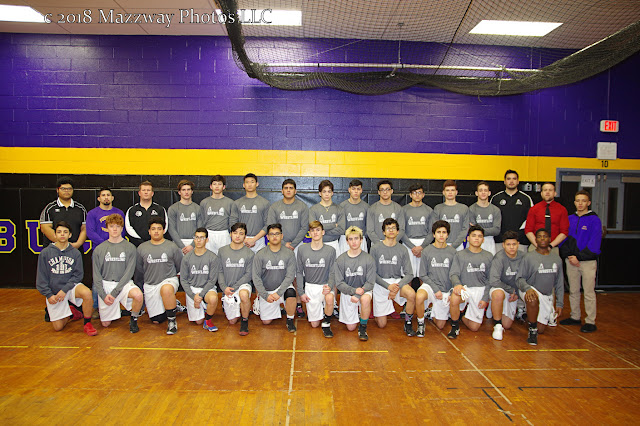