15-November-2018
On Wednesday-14-November the Bogota High School held their annual Veterans Recognition Day in the Auditorium. Along with having local Veterans visit the School, there was a internet video conference with, one Active Duty officers, and two Servicemen who have returned to Civilian life.  Major Sherric Nelson US Army. Mr.  Joe Riley US Army (ret) and Mr. John Dorost US Army (ret) from  Glen Rock , NJ. The conference was moderated by Mr Samuel Chiang  US Army (ret) who serves as Director of Research for Bogota Public Schools. The three Veterans were asked questions by a number of Students on a variety of topics.
Some of the questions were:
What or who inspired you to join the military?
Major Nelson started his answer by saying he just wanted to improve his life and felt he would only serve for two years. He is now in his 25th year as a member of the Armed  Forces.
Mr. Dorost talked about about being a High School Student, in New Jersey, on 11-September and he also wanted to follow in his Families footsteps in service to the United States.
Mr.  Joe Riley  said that a chance to play football and recieve a quality Education led him to apply, and be accepted into the US Military Academy at West Point. While a Cadet there he felt that a career in the Army would help him to become a better person and a strong leader.

How hard was the training? Was it ever so hard that you almost just quit? Were you even allowed to quit because of the difficulty of the training?
All three men answered were similar saying that through the toughest of time training there were other experiencing the same conditions.  All felt the need to carry on for the fellow soldiers they were with, not wanting to quit on oneself, and wanting to make their Family and Friends proud.  They recalled the times of having their teammates support them to finish a task. And at times be the ones who motivated others to continue moving forward.

What were your favorite parts of your service?
This question also had similar answers from the three Soldiers. The first part being, the chance to  see the World and learn the differences  there are in other Counties. Also  sharing common experiences with citizens from around the World.  Along with the chance to help others in places far from home. The other favorite part was coming home to the greeting of not only their close Family, but whole communities showing its support to the Women and Men who serve the Country.
More question were asked and answered until the time was over. Then the Students and Facility gather in the Auditorium took the time to appalled the Men who took the time to become part of the US Armed Forces. 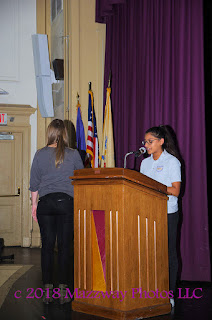 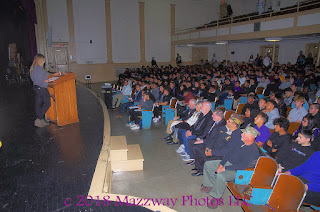 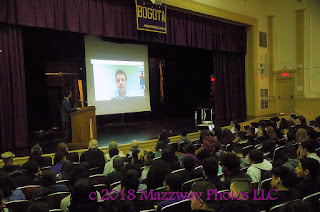 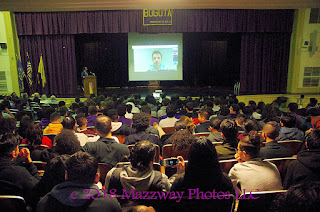 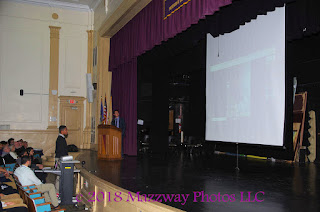 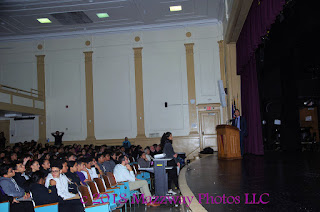 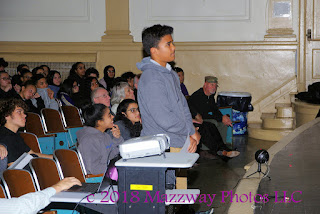 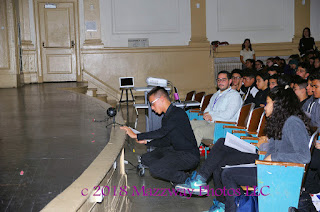 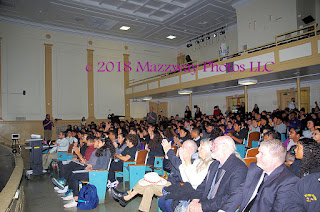