10-November-2018
At the start of the 2018  NJISSA Group I Women's Volleyball Tournament a jacket was hung behind the Bogota bench listing their Championships since 2007  with one question  2018?.
The  #2 Lady Bucs answered that question in a most positive way with a 2-0 (25-13 : 25-20) win over  #1 Verona at William Paterson University. This was the third straight meeting of these two teams in the Championship Match. Bogota  winning in 2016 - 2-0. The Lady Hillbillies would win in 2017- 2-1.  Verona was the only Public School to defeat Bogota at home in a late season match on 17-October.
Bogota would make its way through the Section "B" tournament play with wins over Technology from Newark, NJ,  Waldwick, Delaware Valley , from Frenchtown, NJ and Kinnelon. The Lady Bucs would not lose a set in the four Matches played.
Verona would get to William Paterson with wins over Emerson, Highland Park, Cresskill, and New Providence. They also did not lose a set in Tournament play.
In the First game  Bogota would trail by a single point until servicing by Amy Chavez would give Bogota  a lead for the rest of the set.  Serving by Alyssa Vazquez would push the Lady Bucs advantage to double digits. In the second set the Bogota  hitters would keep the pressure  on Verona to make sure they could not come from behind like a year ago. Bogota would take a take advantage of the Lady Hillbillies mistakes , while limiting  their own.  After Bogota won the final Point of the game they would capture their  Seventh Group I title in nine years. Amy Chavez,  Julianne Corniel, and Alyssa Vazquez would finish with Match highs of 7 Service Points including 1 Ace a piece.  Kelly Waterman of Verona would have 6 Service Points. Amber Vazquez would also record an Ace.
Leila Ksiyer would have 16  Kills, and Nylene Mateo would have 12 Kills. Hunter Coppola would have 7 Kills for the Lady Hillbillies.  Alyssa Vazquez  would have 17 Assist with  Amber Vazquez adding another 11 Assists.  Ms Waterman would also lead the Lady Hillbillies with 15 Assists. Both Julianne Corniel of Bogota and Hunter Coppola of Verona would get Match high of 3 Blocks.  Bogota's Amy Chavez  would have 10 Digs with Verona's  Kelly Waterman having 8 Digs.
Bogota will next play in the Tournament of Champions to be played on Saturday-17-November. This will be played at William Paterson University. Opponents and starts times to be announced at a later date. 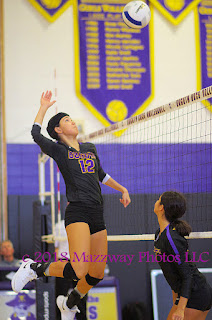 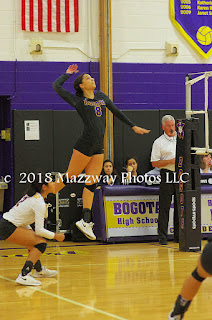 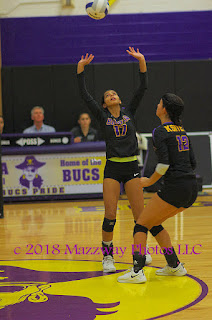 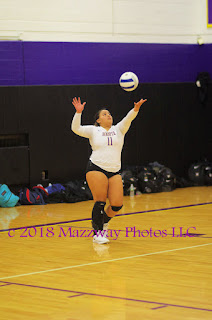 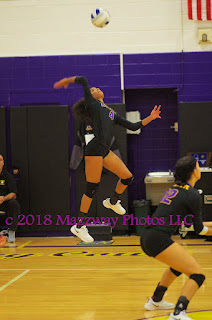 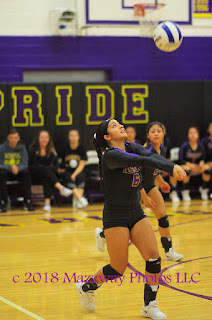 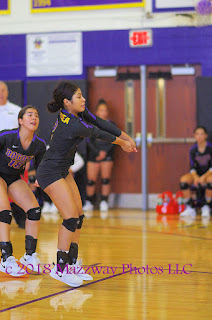 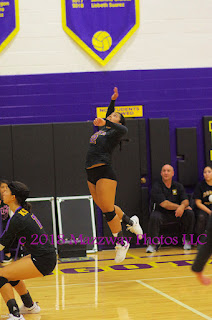