3-January-2020
On Tuesday-2-January a community safety meeting hosted by Elie Y. Katz, Mark Schwartz, and Keith Kaplan took place in Teaneck, NJ.  This meeting guest speaker included elected officials,  US Congressman Josh Gottheimer, New Jersey Assemblywoman Valerie Huttle, and Bergen County Freeholder Tracy Zur. Also speaking were representatives of Local, County, State, and Federal Law enforcement. Teaneck Police Chief Glenn O’Reilly, Bergen County Sheriff Anthony Cureton, Bergen County Prosecutor Mark Musella from Bergen County. From the State of New Jersey there was Jennifer Davenport, NJ First Assistant Attorney General, Patrick Rigby, Chief of Staff- NJ Homeland Security. Federal personal from NJ Office of the FBI, Counter Terrorism, Members from the Department of Justice and Homeland Security & State Preparedness Committee were also in attendance. Along with  Rabbi Abe Friedman, Teaneck Police Chaplain & B.C. Sheriff Chaplain and Rabbi Joel Friedman, B.C. Sheriff Dept & Prosecutor’s Office Chaplain.
The focus of this town hall  was to deal with the issues about safety and security in the Township.  Some topics scheduled to be cover included Safety in the Shopping Districts, bias crimes. Along with  planning, development, organization and implementation of  safety  & security programs including inspection of buildings, & grounds to ensure compliance with safety & security regulations. To start the meeting a video was shown of the 29- December shooting in a Texas Church killing two people. Then a brief statement by Teaneck Deputy Mayor Elie Katz of the recent incident at a Bagel Shop on Queen Anne Rd asking why that was not considered a Bias Crime.
This was followed by the members of the panel introducing themselves and describing what their role is in protecting the public. The common theme of their remarks is that law enforcement has increase their effort to tracking, investigating, and prosecuting any bias crimes in the State of New Jersey. One point that was mention a number of times that  now all branches of Law Enforcement are linked together to form a larger search network to investigate, and sometimes prevent bias crimes. This mean that a report filed with the police in Teaneck will be shared with County, State, and Federal agencies to broaden the investigation. This also means that any report the Federal agencies receive involving local communities will be forwarded to those departments as well.
The next point that was made was to inform the public that local Police departments are  offering to perform a safety survey of many types of public buildings. These would include both public and private schools and any Houses of Worship. After the surveys are performed, then that same buildings could apply for grant money to increase the security of the structure.
Another point all the speakers made was to encourage the assist of the public to inform authorities of any threats that may have been seen, or heard. Along with any other types of suspicion activities they may witness. It was also stressed that calling 911 is the best way to alert authorities of a possible crime. This was reinforced by saying the suspect in attack at the bagel shop was apprehended when the Student, who was also attack, call 911 instead of engaging the suspect himself.
The next part of the meeting was dedicated to answering questions from the audience. There were many similar questions, so they were combined into a general topic. The first question was on, why the attack at the bagel shop has not been listed as a hate, or bias crime. The first answer given was by Prosecutor Mark Musella, he said  that the Prosecutor Office did not have the sufficient evidence to proceed in that manner. When the audience  expressed disapproval with that answer  Mr. Musella’s advisor added that the definition of a bias crime was that a suspect had planned an attack on a person, or group based on Race, Religion, or other factors. When a group of people are subject to a similar, but random,  attack it is then treated as a bias incident to begin the investigation.
The second question was about the possible of a private citizen being permitted to have a carry permit. Teaneck Police Chief Glenn O’Reilly explained the process  of how a Teaneck resident could apply to be granted a carry permit. Chief O’Reilly said it started with an application that he would have to approve first. If that was successful the application would be then sent to a Judge to approve the application and a permit would be awarded. Then there was a question about safety in other public places including stores and restaurants. Those answers were similar to those at the start of the meeting, in that any building should go through an assessment review to find the best way to secure any location. One of the final questions was, what plans are being to protect every citizen from a bias crime.  As this was being answer one member of the audience felt that the question they, and other asked was not being addressed. The point was that how can government and the communities work together to learn the differences of other from different parts of the community. It was mentioned that while Teaneck has a large Jewish population many people of other Races and Religion sometime can feel left out.  And what plans are being made to have open discussion with all residents from all walks of life. Another point was mention that a second meeting could be arranged to discuss the problems of mental health, and other factors that could pose a safety problem.
When the open question and answer session was over, the members of the panel and audience member took the time to talk with each other on an individual basis for a time after the official end of the meeting. 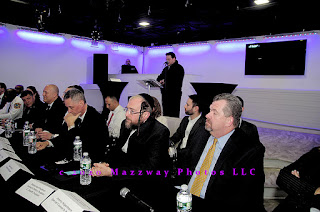 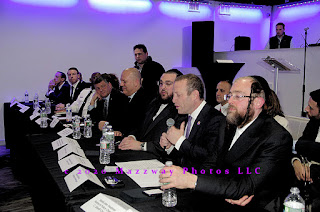 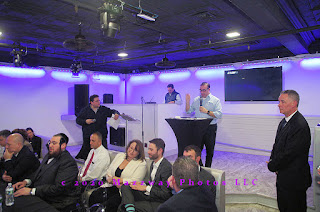 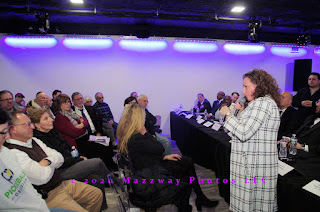 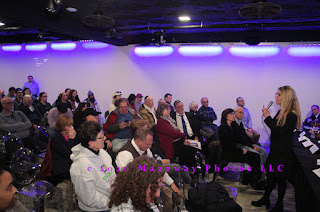 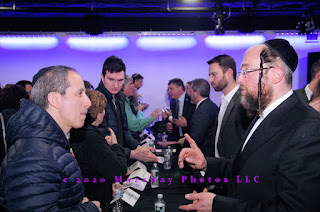 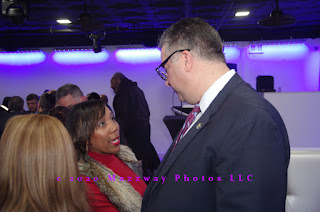 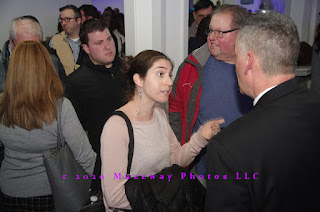 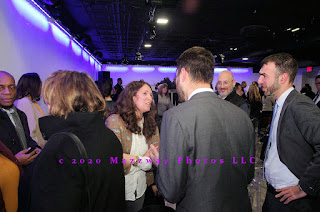 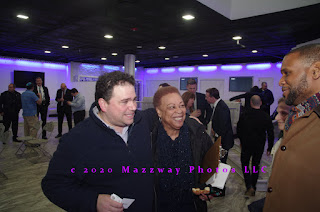 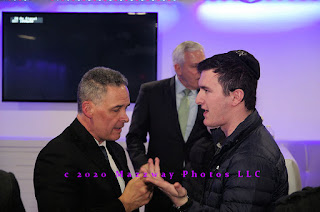 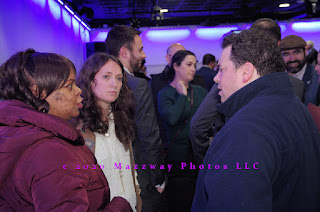