30-January-2020
On Tuesday-28 -January the Bogota Public Library host another in their Author Talks series. This days featured author was Paul Semendinger to introduce his first novel  “Scattering the Ashes”. This is a story about a man’s life (Sam) after the passing of his father.  Sam needs to perform a number of tasks, design by his father, in order to full collect his part of his father inheritance. In this story Sam retraces the travels he took with his father while growing up. During the course  of his trips Sam discovers a deeper spiritual, and emotional connection to his father and his own life.  After this brief  summary of the novel,  much of the lecture was devoted  to describing the time and effort it took getting a first novel published.
Paul Semendinger is an elementary school Principal in Ridgewood, NJ , and grew up in Midland Park. He already has a number of works published, including  a collection of writings “Impossible is an Illusion” which came out in 2016. Along with a line of Children Books from his “Principal Sam” series first published in 2017.
He talked about how, while writing this novel, he started with subjects that he was familiar with. Those being that he lives in New Jersey,  along with being a Teacher, and some other interests found in “Sam’s” character.  He also used a line, heard by other Author, saying at times the book started to write itself. This was a way for him to take his time and create a story to his liking. As the writing process continued it was suggested to him to seek out professional guidance. This would be in the form of attending writing workshop, and getting of one on one critiques there, and working with professional proofreaders.  Some of this were more helpful than others. When faced with some of the more harsher criticisms he would think of something he was told years earlier “ You Can’t... is a Lie”  which allowed him to keep working on his ideas and continue to improve himself when possible. Some advice he took to heart and this had him expanded the presence of other characters in the story.
One other lesson he learned was to have his manuscript fully, and professional, proofread before submitting it for consideration.  This is useful because of the large amounts of works submitted  more refined ones will have a better chance of being noticed.  Mr. Semendinger then talked about the long wait, and the large number of time he was rejected,  before a publishing house accepted his novel.  After this success then comes the challenge of having the public interested enough in the story to read it, and then buy it.  Library talks, like the one in Bogota, is one way to becoming known. Another way he uses is having a website available. There a one site that is devoted to his writings, while a second one is more for getting his name known  on the internet. The second one is about New York Yankee baseball, and keeps his name in the public eye.
Mr. Semendinger ended his talk by reading a few passage from the novel. The first was one that introduce Sam and his Father and show their relationship to each other as Adults. The second excerpt has Sam in the midst of his travels meeting someone who will also impact his life.  After these reading the Author and the Audience had some time to discuss what they had heard. Some question were about the book itself, while some people wanted to know more about the process of writing.  As the evening drew to closed, a number of those in attendance, took the time to purchase one, or more, of his books. And Paul thanked them by adding a personal inscription to each copy.
To learn more about the work of Paul Semendinger please visit his website at: https://drpaulsem.com/

(it is asked that you inform Mr. Semendinger that you saw it on Bogota Blog NJ) 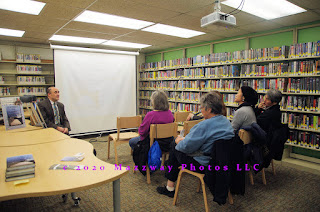 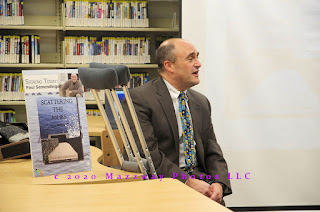 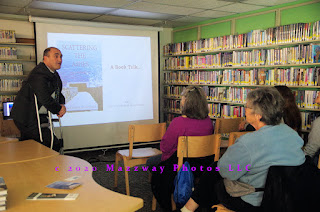 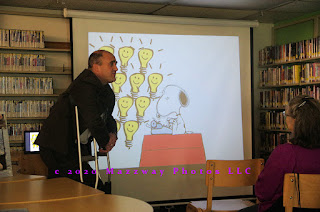 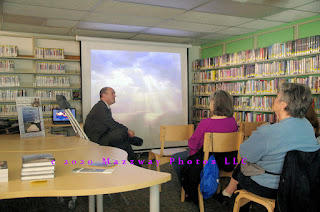 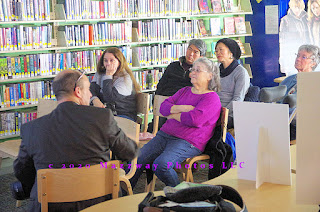 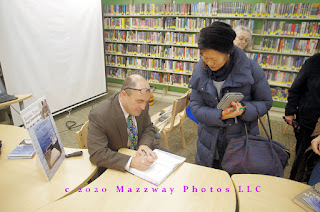 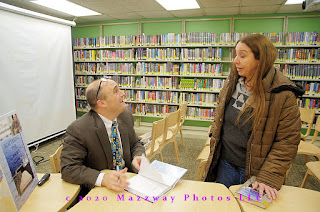 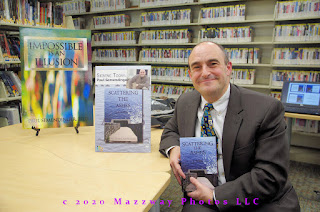 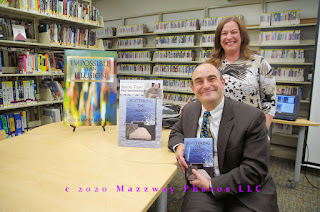 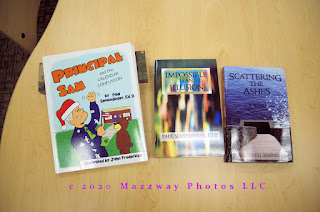