11-January-2020
On Friday-10-January  the Bogota- Ridgefield Park Scarlet/Bucs hosted Lyndhurst - North Arlington at Speary Gym. Of the 11 bouts completed the Scarlet/Bucs would five of them to earn a 37-33 win.  For Bogota- Ridgefield Park Andre Ruiz at 132 lbs, Kevin Flores at 182 lbs  Mathew Carvajal at 195 lbs would score Pinfalls. Mathew Levesque at 170 lbs recorded a Major Decision.
Bogota- Ridgefield Park is now 2-1.  The next compete on Saturday-11- January  in a  Quas meet at Saddle Brook  also against Hasbrouck Heights, and River Dell with the first bout at 10:00a 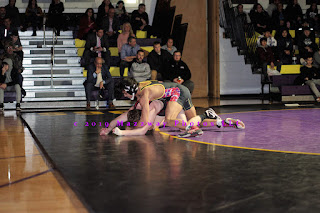 On Thursday-9 -January  the Bogota Bowling Bucs took on the Bergen Arts & Science Bees . The Bucs would lost the first game by 94 pins, but came  be to win the next two and the match 5-2.  Bogota’s Emalia Samouhos had a high game with a 182 for Bogota.  Spencer Mazzella would have the high series  for the Bucs with a 476.  Roberto Gayoso led the Bees' with match highs in games with a 189, and series with a 488.Bogota’s record is now 3-6. They next bowl on Monday-13 -January against Butler. The first game is scheduled for 4:00p at the Parkway Lanes in Elmwood Park.


The Men’s  Basketball Bucs would travel to Saddle River Day School to play the Rebels.Saddle River would double Bogota point total in the first quater 12-6. This would continue for the rest of the half with the Rebels holding a 32-15 lead going into the locker room. After the restart Saddle River would take full control of the game and end up with a 62-36 win.    Saddle River's Sebastian Giannotti posted a game high with 20 Points.   Evan Meberg led Bogota with 14 points.  Mr. Meberg and Yorlin Motalio had 2 Three Point  Basket each for the Bucs.  Mr. Giannotti along with Richard Machado both had 3 Three point  Baskets for the Rebels.
Bogota’s record is now 6-2, they next play on Monday-13-January against Waldwick.  This will be play on the Jay Mahoney Court at Speary Gym with the tip off is scheduled for 7:00p. The Freshmen game will proceed at 4:00p, with the Junior Varsity Game to follow. 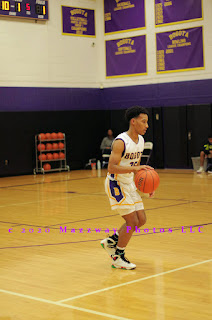