9-August-2017
On Wednesday-9- August the Bogota Emergency Services Youth Academy held its Water & Rescue day at the Bogota Swim Club pool. There will be more detail on this story in Thursday's Morning post. What happen to one Cadet, and his reaction can show how Bogota Emergency Services Youth Academy has been one of the finest Youth Academies in the State of New Jersey. During the last squad rotation Delta Squad was assigned to train in a water rescue from land. This involved Cadets going to the top of the high diving board and jumping into the water. Another Cadet stay on the pool edge was responsible in throw the Cadet in the water a life saver.  The Cadets took turns being the jumper while others were the rescuer.  Then can a time when one Cadet hesitated in climbing up to the board. Other Cadets would continue to do their turns as Jumpers while Academy Staff help calm the Cadet and try and help him overcome his fears. Time moved forward with the Cadet still on the ground. Squad Instructor Gabe Castellanos took a lead position by climbing  high dive and jumping off himself.  After some time the Cadet agreed to try the low dive, and performed it with succus. While he was congratulated for this the Instructor wanted to help him take the next step.   The Cadet slowly climb the high dive steps and cautiously stepped out on the board. By this time the rest of the Cadet had a moment to rest and hydrate.  Time still passed and now Instructor Castellanos joined the Cadet on the board. The rest of the Cadet encourage and support the Cadet chanting his name and number in a show of Academy unity. There was another pause then a step into the unknown.  First the Cadet, then Instructor Castellanos plunge into the water so that the Cadets Squad leader would be the first to congratulate him, while at the same time a roar of applause from his fellow Cadets  echoed around the pool. By the time the Cadet stepped on to  dry land a Yellow Wave of shirts were there to greet, hug, cheer, thank, and support him on what he had accomplish. Because one Cadet had face his fears, and overcame them, the entire Academy Class 07 award the rest of the Duty Day free of push-up. Cadet Syed Mohammed, with a single step away from his fear, became a hero to his Cadet mates.  More importantly Cadet Mohammed pushed over a wall blocking his growth and became a hero to himself.
The goal of the Bogota Emergency Services Youth Academy is to take a Cadet to their limit and then go beyond it. The Academy always tries to have the Cadets to do their best. While good-enough may have been accepted. Cadet Mohammed showed wanting to be one's best will be remembered. 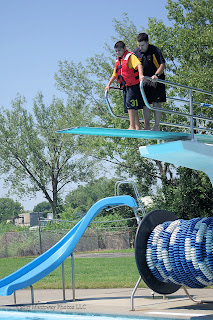 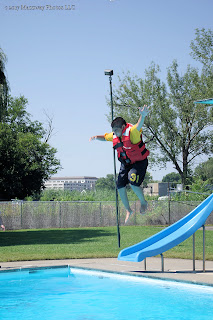 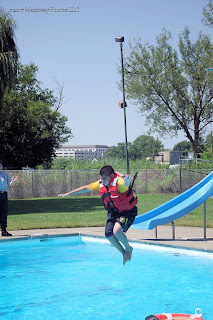 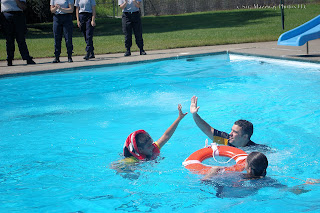 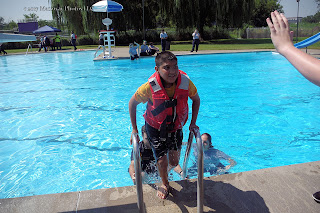 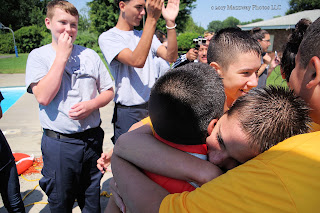 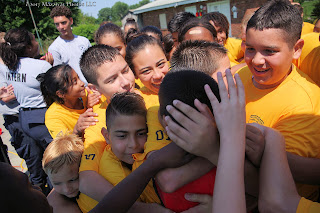 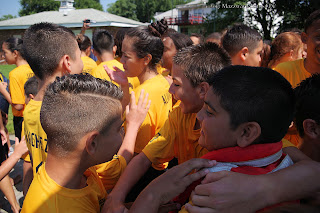 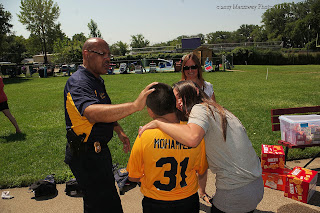 ( To help  support Bogota Blog NJ with it's coverage of local information, events & sports
please contribute what you can by using the  donation button  at the top right of the page.)
Posted by Bogota Blog NJ at 5:17 PM