9-Wednesday-2017
On Tuesday 8- August Bogota Emergency Services Youth Academy's third Duty Day focus on safety. This morning classes each taught the Cadets the different kind of  threats they should learn to avoid in the modern world.  One class was taught by Counselor Whitney Luciano who talked about internet awareness.  The other class was taught by Instructor Rey Sanchez about firearm safety.  While both topic may seem different the underlying meaning is similar. While mostly using the internet is harmless and beneficial Ms Luciano pointed out  what type of dangers could be found to an unsuspecting user. She explained what could be possible clues to look for to avoid unwanted advances. Ms. Luciano lessons included on what " bullying " really is, how it could be avoided, and what a person should do to aid someone who is a victim of bullying.
Instructor Sanchez showed the Cadets the possible destruction that could come for the use of firearms. He then showed and explain how they are  should be use for both recreation and security. He added that with with proper training, and full understand of the effects of using firearm, they are a useful tool for the owner. The Cadets were shown non-operating full scale replicas of a wide range of fire arms. These were made to look, feel, weight and operate like actual firearms. The Cadets were allowed to hold these model firearms to learn what the real fire arms feel like. They were then told of how they should react if they, or their friends, are in a situation where firearms are present. Cadets learn there is no reason for them to pick-up a firearm if they come across one. It is impossible to tell if a firearm is loaded just by looking at it. Even a slight touch could leads in the discharge of that weapon. It was emphasized if there is a firearm without Adult supervision the person should leave it alone, and  find a member of law enforcement , or other responsible adult. They also were told that any situation with firearms present which makes them felt uncomfortable they should remove themselves from that area.
After lunch the Cadets traveled to a Police qualification gun range to experience a live fire demonstration.  Officers from the Bogota Police Dept talked about what type of training they do at this range. The Cadets were shown some of the actual  firearms used by many of the Police dept in the area. Even though the firearms were unloaded and secure, the Cadets were only allowed to look at them.  After the Cadets were given hearing protection and placed in a safe location  Instructor Devon Rivera and Sgt Robert Piterski began their demonstrations. They first saw the the officer fire at paper target, then at watermelons and containers of coloured water. Thisdenostrated the size a bullet leave on impact,and the amount of damage firearms can do to a object.  Then the Cadets then saw the a demonstration  of an "Active  Shooter" situation.  They witness how an Officer would approach a suspect in order to secure the area.  After the demonstration the Officer addressed the Cadet to  remind them in such a situation it is the Officer's job is to reduce the threat to the public.  Their duty is to follow the commands of law enforcement, to keep themselves, and assist other, to remain safe.
While half the Cadets were at the gun range the other Cadets learned about how Law Enforcement Officers restrain a suspect.  The main skill they learned was the application of Handcuffs. Instructor Martin Perez gave a demonstration on one of the Academy Interns on his method. Instructor Martin Perez showed that the "slapping" of the handcuffs is never to be used the object is to restrain  a suspect not to cause harm.  He showed the difference between toys & the real thing, and from entertainment to the the everyday duties of Law Enforcement Officers. The Cadets were then allowed to try and handcuffed a suspect played by an Academy Intern in a safe manner. 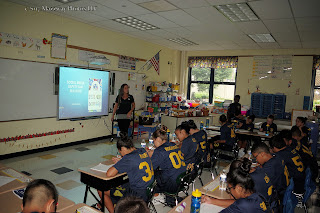 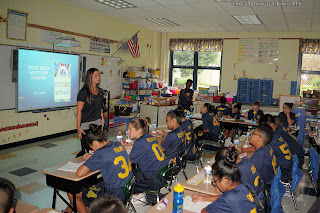 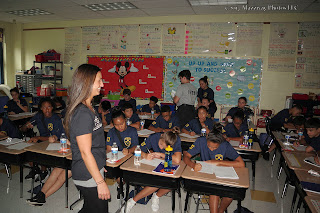 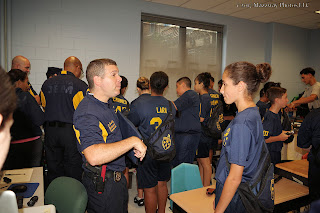 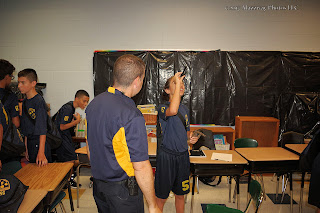 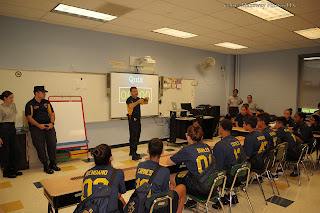 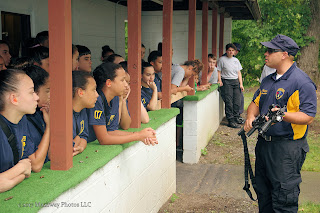 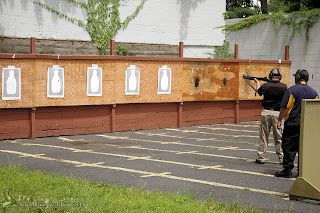 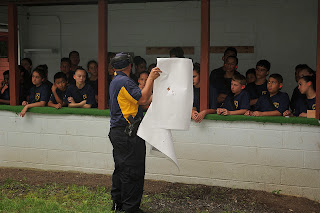 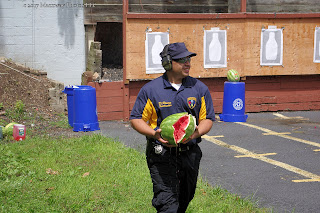 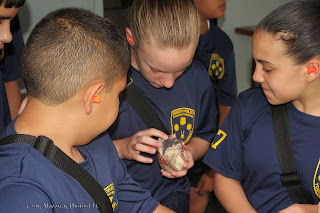 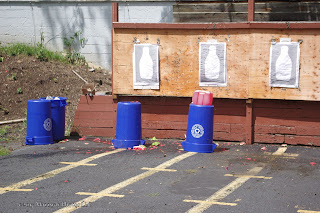 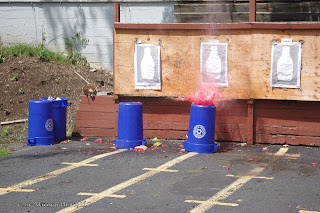 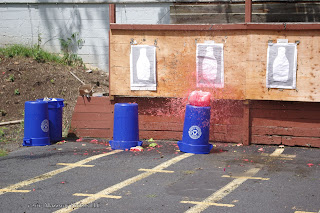 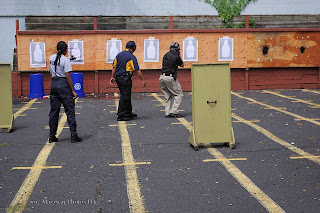 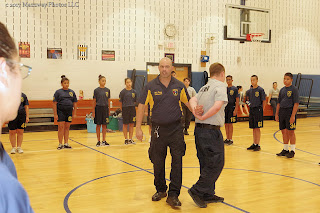 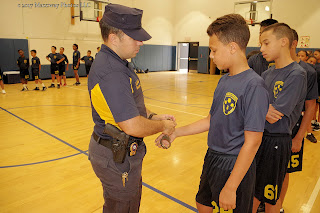 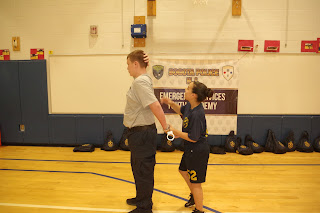 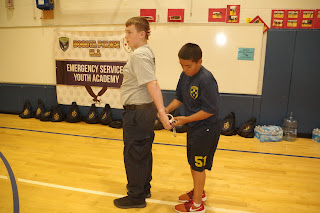 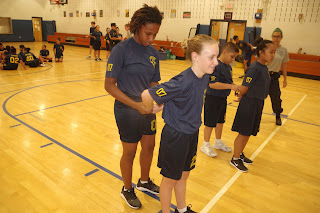 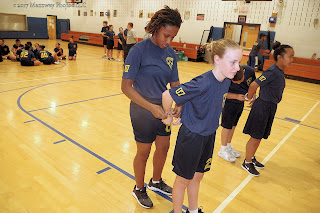 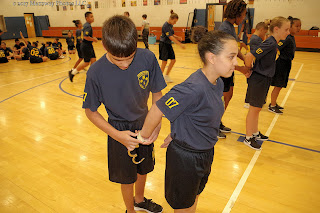