10-January-2018
On Tuesday-9-January the Bogota Board of Education held their first meeting for 2018. The first part was the swearing in of the three trustees that won the seats available in the November Elections. Incumbents  Pat McHale, and James Moore where joined by first time candidate Maureen Miller in taking the oath of office. Mr. Moore received the most votes during the election with Ms.Miller coming in second, and Mr. McHale third. The three were sworn into office by Administrator Irfan Evcil.
The next order of Business was the election of Lisa Kohles as new School Board President. And Amanda Montgomery was voted in as the School Board Vice President. After Ms. Kohles took her place at the head of the dais she then appointed members of the board to various committees for the upcoming year.  A calendar for 2018 board meeting was discussed with some date being change , or added.Then the Re-organization meeting was adjourned.
After the regular meeting was called into session Superintendent Dr. Vincent Varcadipane gave a brief summary of a few items. The first was to tell the Board that repairs to the area of Steen School, damage by the water pipe break, had been made. This including replacing the water damage drywall, and making sure the area was dry to present an mold growth. Painting and replacing the baseboard was also done. He added that the cost of this would was covered by the School Board's insurance. He also suggested that repair and replacement of the the floor in the affected area should be taken under consideration in the near future.  Dr. Varcadipane also announced that the bidding process for work to rebuild the front entrance of the High School had started with the placement of ads to accept bides on this project in the local newspaper. The Board of Education will have regular and other meeting on this process in the future.
Agenda items were then voted to be move to the consent agenda which will be voted on at the next Board meeting . This meeting will be on Tuesday -16-January and scheduled to start at 7:00p. This will take place in the High School Cafeteria located on the second floor of the High School at 2 Henry Luthin pl. Bogota, NJ This meeting is open to the public. 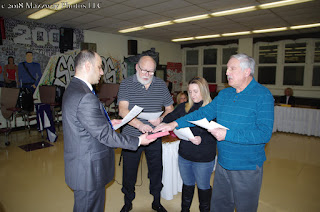 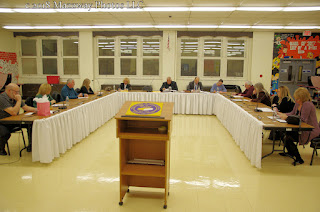 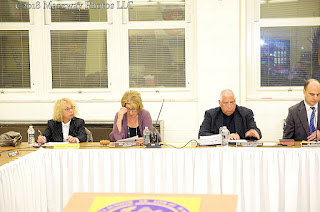 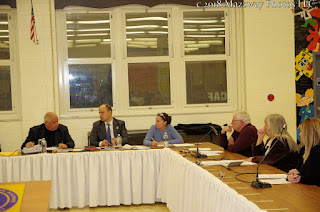 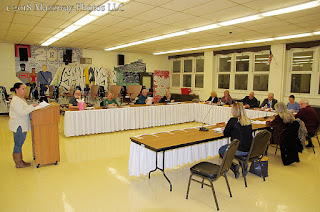 ( To help  support Bogota Blog NJ with it's coverage of local information, events & sports
please contribute what you can by using the  donation button  at the top right of the page.)
Posted by Bogota Blog NJ at 2:33 PM