On Tuesday-15- May the Bogota Board of Education held their second meeting for the Month of May. When the Board was called to order the floor was opened up for Citizens Comments, when no one stepped forward that section was closed. Then a motion was made, and approved, to  dispense with the Regular Order of Business. When that was accepted a new motion to vote to approve  the  appointment of  Bogota High School Principal Damian Kennedy as  the new Superintendent of  the Schools for the Bogota Board of Education.  His term will take effective  on July 1, 2018  and run through June 30, 2021. pending approval of the Executive County Superintendent of Schools. The motion was approved by a 6 to 2 with one trustee being absent. When the vote was made official the members of the public at the meeting rose to applause the new Superintendent. Mr Kennedy  was congratulated by Teachers, Board Members, members of the public and by the Students who came to support their Principal. Principal Kennedy  has been a member of the Bogota Board Education since 2010. First as a Vice Principal at Bogota High School, then its Principal since 2016.
Other Agenda Items approved by the Board, the most signification ones were accepting the Retirement Resignations of Counselor Patricia Petrosino  and Business Teacher, Men's Head Basketball Coach, Women's and Men's Cross Country Coach John Jay Mahoney Along with Physical Education Teacher Terry Ciccone effective 30-June-2018.   The then Board vote to adjourn. The next meeting will be on Tuesday-12-June, and scheduled to start at 7:00p. This will take place in the High School Cafeteria located on the second floor of the High School at 2 Henry Luthin pl. Bogota, NJ This meeting is open to the public. 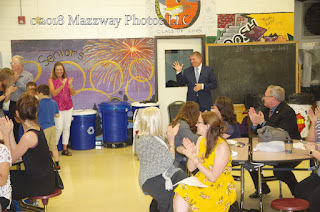 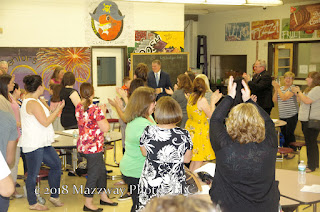 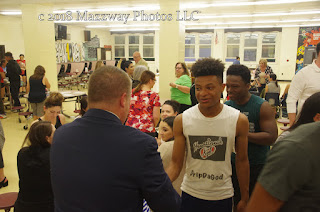 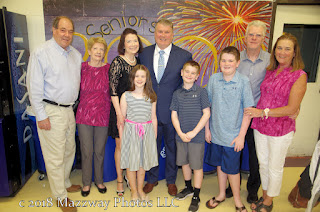 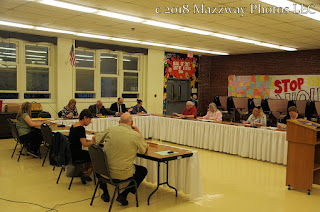 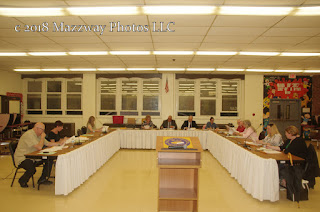