18-January-2019
On Thursday-2019 The Bogota Borough Council held its second meeting for the month of January. This meeting was held less than one week before the Anniversary of the  first Bogota Borough Council meeting on 23-January-1895. The current Mayor and Council used this date to officially launch the Bogota 125th Anniversary celebration. To start the meeting Bogota Mayor Chris Kelemen welcome those in attendance and talked about the past years of Bogota. He then read letters from New Jersey Governor Phillip Murphy, and a second from New Jersey State Senator Loretta Weinberg honouring the Anniversary  of the Borough of Bogota. Mayor Kelemen called  on New Jersey Assemblyman Gordon Johnson to read the Proclamation from the New Jersey State Legislation. At one point Assemblyman Johnson asked about how the Borough received its name. he was assured that the answer would be relieved during the presentation.
This was followed by Mayor Kelemen introducing former Bogota Mayor Pat Schuber, who will be the Honorary Chairperson of the Bogota 125th Anniversary planning committee. Mr. Schuber talked about growing up in Bogota, and how he often returns to walk the streets and find some familiar houses, and look to see the progress since he served on the 75th Anniversary committee. Mr. Schuber said that Bogota was founded at the same time that other municipalities in New Jersey, but his hometown seems to be doing the most to celebrate this occasion.  He finish by hoping that he an many other will take advantage of the events planned for this year.
Next Administrator Joseph Scarpa talked about some of the other Proclamation that had come in from Federal, and County official, and was handed an addition Proclamation from a representative from the Office of U.S. Congressman Josh Gottheimer. Mr. Scarpa then introduced Councilwoman Kathy Gates-Ferris who is the head of the Bogota 125th Anniversary planning committee. Councilwoman Kathy Gates-Ferris gave a summary of what type of events are being planned around the Borough. These range from a Valentine Day dance at the VFW. An expanded Memorial Day parade, a 125th themed Bogota, and series of home coming events in the fall, and end of the New Years Eve event. With a gala dinner on 14- November-2019, 125 years to the day the voters of the district would accepted the incorporation of the Borough of Bogota.
Councilwoman Ferris then asked Councilwoman Mary-Ellen Murphy to recognition some milestone citizens.  Councilwoman Murphy first said that Josephine Salvano was the oldest living Bogota resident. Some of Ms. Salvano's Children, Carmella and  Joe accepted this honour on behave of their Mother. For the longest citizen of Bogota was bitter-sweet with the announcement that the person living in Bogota for the 90 years was  Dorothy Smith. She spend her entire life as a resident of Bogota. Ms. Smith very recently passed away on 9-January-2019.  A celebration of her life will be held on Saturday, January 19 2019 at 2:30 pm , at St. Joseph's Church, Bogota.
Then Historian Henry Komorowski gave a brief description of what a January morning would have been like to wake up in 1895, comparing it today. He also answered the big question of BOGOTA.  This would the combination two families led by Cornelius Banta and Roelof Bogert would own farms in this area. It is claimed that  the “B-O-G” from the Bogert family and the “T-A” from the Banta Family would give the region its current name—with an “O” added to aid pronunciation.
Finally Library Director Chelsea Coleman introduced the official 125th Anniversary website.  This can be accessed at http://bogotanj125.org/ and will proved information about what event will be taking place in 2019. Some history of Bogota, and how residents, both current and former, and join in to celebrated the 125th  Anniversary of Bogota. 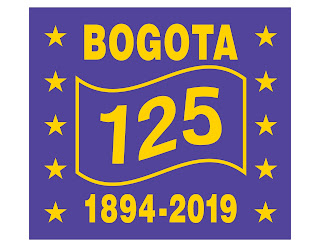 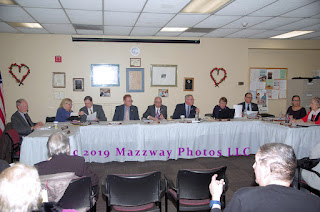 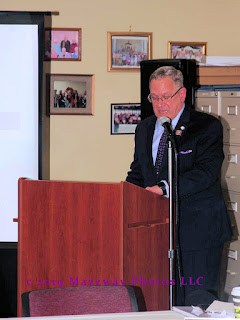 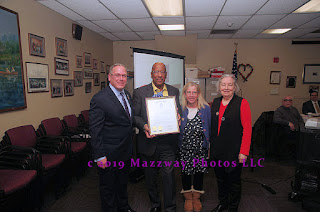 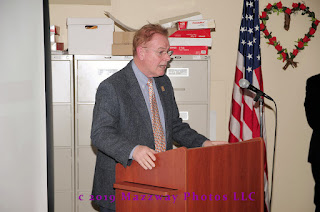 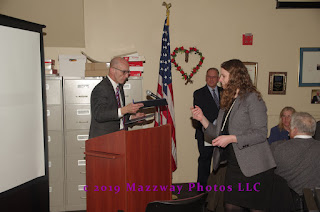 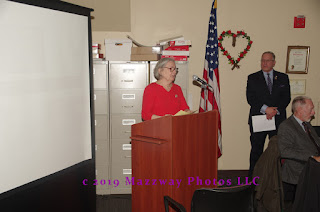 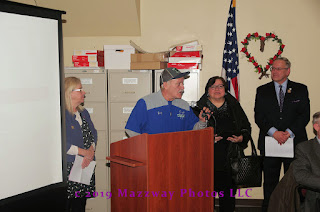 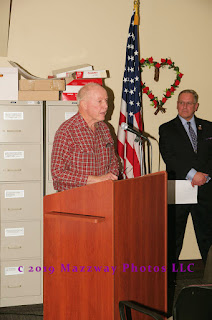 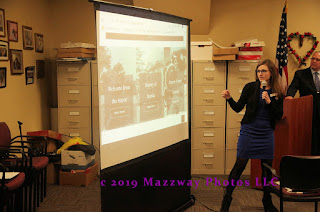