22-January-2019
After the ceremony that opened the 125th Anniversary year for the incorporation of Bogota, the regular meeting was held. Some of the more note items worthy that were voted was changes in the By-Laws on how the Council should adhere to. One of the changes made was to allow for public discussion at the beginning and at the end of the meeting. One public discussion will focus on commenting on Agenda Items before they are  moved for a vote.The second session for public comment will take place near the end of the meeting to allow the public voice their opinions of  items that were discussed  during the meeting. Another section of the By-Laws that were amended was the process of Committees assignment made by the Mayor. It was brought up by the Borough Attorney that most of the assignment recommend by the mayor must be voted on and approved by the Council.  According to the Attorney is was how the Ordinance is written, but was not added to the By-Laws. These, and other changes were approved by the Council. One more changes was proposed , by table in order for more research to be done for legal reasons.
The Council also approved the hire of Special Law Enforcement Offices-class 3 for the Public School. (SLEO-3)  a SLEO-3  for each school.  Police Chief Daniel Maye addressed the Council on how this can be implemented in Bogota These would be former Police Offices that had been retire for at least three to six months. Anyone accepted for this position would be hired by the Board of Education, but would need to go through a background check and training under the authority of the Bogota Police. SLEO-3 would be on duty during regular school hours for the length of the school year. Each  SLEO-3 would be under a one year contract and evaluated at the end of the school year.  Events. SLEO-3 would be dressed in a casual attire ( polo shirt & khaki pants) and would carry a sidearm. These officer would instructed not to perform arrests, but to manage a situation until a uniform officer arrives. The SLEO-3 would be paid by the Borough of Bogota, and then the Borough would be reimbursed by the Board of Education.  It was also asked if St. Joseph's School would be able to be included in this program.  Chief Maye said that St.Joseph's could be eligible, but they would need to apply for this separately.  Chief Maye also said that starting as soon as the Council approved the program it could take 4-6 months to implement the program. Chief Maye , and Public Schools Superintendent  Damion Kennedy are planning for the SLEO-3 to be in place at the start of the next school in in September 2019.  The Council unanimously voted to approve this program.
The next Bogota Borough Council meeting will  take place on Thursday -7-February.  This will be held in the Council Chambers located on the second floor  of 375 Larch Ave. Bogota NJ starting at 7:30p . The Public is invited to attend. 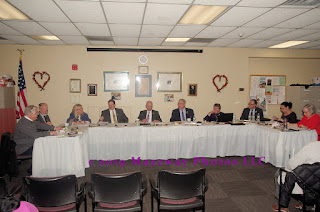 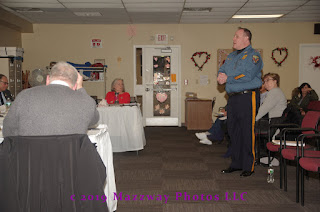 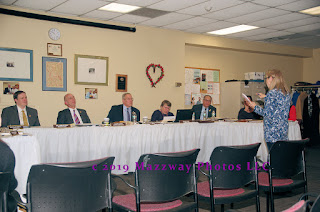