19-April-2019
On Thursday-18- April the Bogota Borough Council held their second meeting for the month of April. At the beginning part of the meeting Mayor Chris Kelemen swore in the newest member of the Bogota Police Dept. Officer Kenneth O’Donnell, with his Wife and Father by his side. Also standing with Officer O’Donnell was Bogota Police Chief Daniel Maye and Police Commissioner Councilman Thomas Napolitano.  After the ceremony Chief Maye commented that Officer O’Donnell is the first Bogota resident to join the force under his leadership.
In the public comment section a number of question were asked of the Mayor and Council. One was if there could be a council meeting held in the afternoon so that more Senior Citizen could have a chance to attend the meeting.  It was stated that other communities nearby, most recently  in Teaneck, has started to hold a daytime council meeting for those who normally  who can not attend the evening meeting.  This was answered that anyone who wishes could have an appointed  to see the Mayor at their convenience.  Some more question were about the improvement to the basketball courts in Olsen Park, and the Status of a replacement Recreation Center. About the basketball court the Borough Administrator said that he thought the bids for the court were too high and would seek other bids and a better price to the Borough.  Members of Council talked about the Rec Center saying that it is still a priority and would like to have the next, and larger, payments from the developer deposited in the escrow account set up for  this project. The next Community enhancement payment is due when each of the building receive their Certificate of Occupancy. Building #5 has progressed into the setting of the second floor stage , while Building #1 has begun foundation work.  These to building are schedule to be completed in late 2019 or easily 2020.  Another question was about the cost to the Borough over the recent paving of Palisades Ave north of E. Main St. The Borough Administrator also answered this by saying that Bergen County had originally told the Borough there was funds they could provide for the paving.  He continued by saying the Country informed the Borough there were no available funds this year, after the project had been contracted out.
The Council then passed all the items on the consent agenda. One noteworthy item that was pass was the approval of the Service Agreement with the Bogota Board of Education. This will allow for a Special Law Enforcement Offices-class 3 (SLEO-3)  to be hired and placed in each of  for the Public Schools.  Also approved was  payment on claims. A payment to be made for the study for a new  Recreation Center was moved so it could be paid by the Community Enhancement funds.
Then the Council moved to vote on a new budget for the fiscal year of 2019.  This years  budget will be about $500,000 less that the previous Budget. These savings will allow the Borough to only have a $52.00/ per $262,000 property tax increase this year.  This also has a surplus of about 1 Million dollars. Members of the Public, in their  public comment section, and members of Council asked if this surplus could be used for tax relief.  Dieter Lerch who is the Registered Municipal Accountant whose company prepared the 2019 budget was asked a number of question by the Council. One was to explain the need for the surplus. He told the Council that as good fiscal policy to have a 10%-15% . This surplus uses only the 10% figure. When asked about the 2018 surplus  he said it was about $570,000 which, by his calculation, 98% of that was used to balance the Budget.  Mr. Lerch added that the tax rate was $101.00/ $262,000 property tax increase.   Even with what can be perceived as a small tax cut almost all Government  Departments will be able to have an increase in their budget by at least  15% to 20% for the Library, DPW, Police,  and Fire Dept. Other departments including the Rescue Squad, Auxiliary Police, and the Recreation Commission will be able to received a higher percentage increase to their budgets. The new budget has also been able to fund a new community events budget, which will allow the Bogota 125th Anniversary celebrations to be finance. Mr Lerch commented that this fiscally conservative budget will allow the Borough to maintain a good bond rating.
When the Council voted on the 2019 Budget it passed by a 5-1 margin.
The  next Bogota Borough Council will be held on Thursday-2 May. This will be a regular Council meeting  and work session starting at 7:30p. This will be held in the Council Chambers located on the second floor  of 375 Larch Ave. Bogota NJ   This meeting is open to the public. 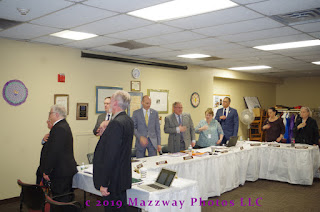 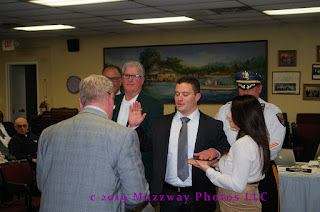 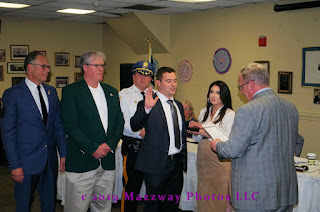 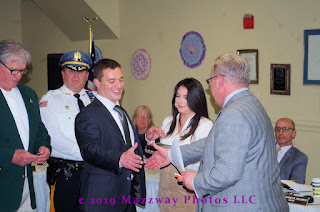 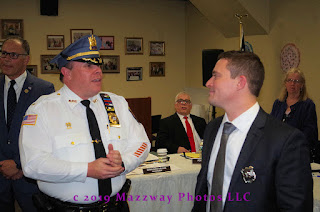 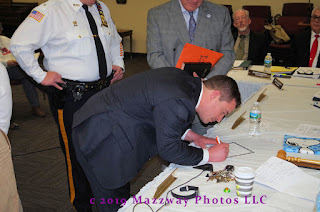 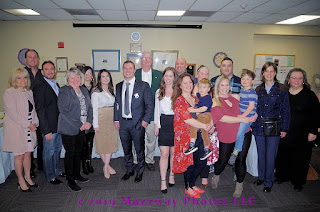 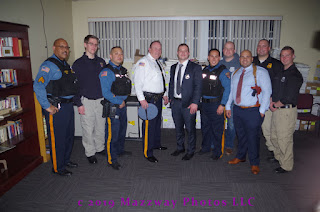 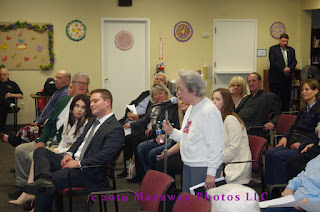 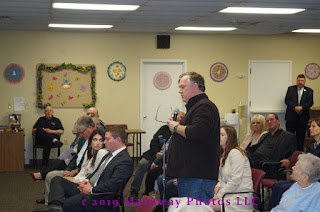