30--April-2019
Results from Bogota Varsity Sport that took place on Monday-29-April.
The Bogota Track and Field squad competed in the  NJIC Patriot Division Championships held at Emerson High School. Top performs for the Lady Bucs were Alondia Batista winning the Discus throw with a distance of 88-02. Gabrielle Cintron placed 4th in the same event. Olivia Burnett finished 6th in the Shot Put.  Gabrielle Grant finished 4th in the 1600 meter run. Angelie Jaipersaud finished 4th in the 3200 meter run. The Lady Bucs finished 7th out of the eight team field
The Men's squad had Jesus Michel winning both the 1600 meter run with a time of 4:46.91. And the 3200 meter rune with a time of 10:04.08 Andrew Miller placed 3rd in the Javelin throw and 5th in the Shot Put. The Men's squad finished 7th out of the eight team field.
Both squads next compete in the Bergen County group championships on Friday & Saturday 10&11 May. This will be held at Old Tappan.


The Lady Bucs Softball team hosted the Lady Warriors from Waldwick at Lady Buc Field in Olsen Park. The teams would be even at 0-0 through the first two innings. Waldwick would score 2 in the top of the third and another in the top of the fourth . Bogota could only manage one run in their half of the fourth inning and trail by a score of 1-3. The Lady Warriors would put the game away with a four Run fifth inning and post a 9-1 road win. Ashley Buschgans, Kacie Centineo, and Missy O'Neil would all hit Home Runs. Ms.Buschgans and Ms.O'Neil would also have a game high with 2 Runs Batted In.  Colleen Bernhard would have 2 Stolen Bases. Casey James would strike out 11 batters in the win.
Bogota's Natalia Linares would have the lone RBI. Jayleen Arce and Leila Ksiyer had a Stolen Base apiece. Bogota's record is 6-7. They next play on Wednesday-1-May at Palisades Park. The first pitch is scheduled for 4:00p. 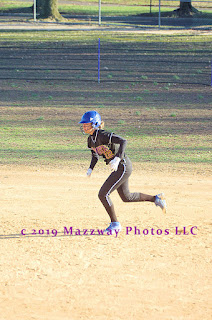 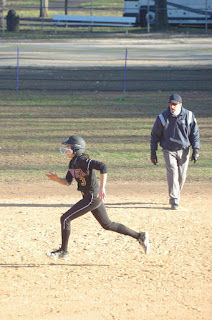 The Men's Baseball Bucs traveled to Waldwick. The Warriors would score 3 runs in the home part of the first inning. Then another two run in the second. This would pace the home team to a 9-4. Joe Brunner, Lucas Mainenti, and Louis Fabbo would each have a Home Run. Mr. Fabbo would have a game high with 4 Runs Batted In. Phil Centineon and Garrett Mironenko would each have 2 Stolen Bases. Tom Hughes would have 6 Strikeouts in the win.
The Bucs' Danny Sanchez would have 2 Runs Batted In, Jake Marino and Argenis Soriano would each hit Doubles. Michael Zayas-Bazan would record 3 Strikeouts. Bogota's record is 4-8. They next play on Wednesday-1-May against Palisades Park. This will be played at the Feigel Field Baseball Diamond The first pitch is scheduled for 4:00p. 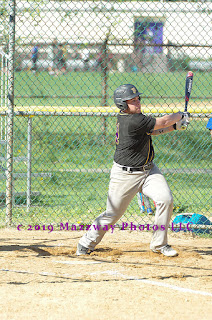 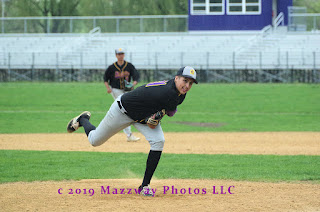