26-September-2019
On Wednesday-25-September New Jersey Governor Phil Murphy held a town hall meeting at the Teaneck High School. Outside the Main Entrance a group from Empower NJ held a demonstration questioning Governor Murphy’s record on limiting Fossil Fuel Projects in New Jersey. In the Cheryl Miller-Porter Student Centre a standing room only crowd waited for the Governor’s arrival. Before the Governor Murphy’s appearance the crowd heard from  New Jersey Assemble Members Valerie Huttle and Gordon Johnson, along with Teaneck  Mayor Mohammed Hameeduddin.  After the Governor’s greeted the audience  they were led in the Pledge of Allegiance and the National Anthem by Students from Teaneck High School. Then New Jersey State Senator Loretta Weinberg introduced Governor Murphy to the Public.
Governor Murphy first talked about what his administration has accomplished since he was elected to  Office. The main point he highlighted was the free pre-school program in the states public school system. He used this to say that New Jersey has moved to the top position in the quality of the public school system in the United States. New Jersey also ranks second overall in the U.S. in other polls. Some of items he talked about were also asked by members of the audience during the Question and Answer session of the evening.  One point he did make was his support of House of Representative Speaker Nancy Pelosi’s decision to open Impeachment hearing on U.S. President Donald Trump.
During his opening comments  Governor Murphy acknowledged other elected representatives in the crowd, Educators and Students and the members of several Union who came to listen. Also recognized where the members of Empower NJ and others who were there to support a Moratorium on Fossil Fuel Projects. When a question about the environment and Climate Changed was asked, the Governor first thanked the demonstrators for attending, and the respectful way the conducted themselves. Governor Murphy’s answer was that the PennEast pipeline has been stopped, for now, from coming into New Jersey. Also that he has a plan to developed a 300 megawatt offshore wind farm for New Jersey by the year 2030.  There was no comment on the proposed power plan planned for the Meadowlands.
Additional questions  that were asked focused on health care, Governor Murphy’s talked about a new state health care exchanged being form to either advance the current Affordable Care Act. Or to take over if the ACA is eliminated.  He piggybacked this into talking about fully allowing the use of Medical Marijuana, and looking into how to allow the recreational Adult use of marijuana in the State. Other questions were on what to do about lower income school districts. The Governor admitted that there still a segregated funding of public schools. He continued in saying that a way need to found to help aid those districts and create areas around, and including the school building themselves, to help enhance those committees.
When talking about the programs that will benefit New Jersey he included ways to fund them.  With the topic of Health Care he would like to see funding of the drug companies and manufactures to become part of the solution. Governor Murphy also mention the “Millionaires Tax” and trying to work that out so it does not overburden companies looking to move into the state, but he also proposed a cap on what incentives can be made to increase development in New Jersey.  Another way to increase revenue in New Jersey was by community expansion. A part of this was to increase the number of resident living in the state. At this point Governor Murphy called on Teaneck  Mayor Mohammed Hameeduddin to explain more. Mayor Hameeduddin was not greeted warmly, as the building of apartments in Teaneck has grown in the last few years. Mayor Hameeduddin acknowledged the opposition and defended the new construction  by saying that many retails businesses companies are looking for a core area of consumers already in place to justifying the investment in a community.
One of the final question was asked about the 2020 census. The Governors answer was that the state has started a Complete Count Commission headed by the New Jersey Secretary of State  Ms. Tahesha Way. This is to “assist in the administration of a census outreach strategy to encourage full participation in the 2020 federal decennial census of population”. More information about this can be found at:  https://nj.gov/state/njcounts.shtml
When the formal question session ended the Governor stayed for a while to answer more question and meet with member of the audience. 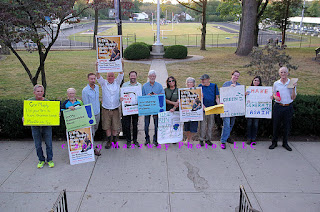 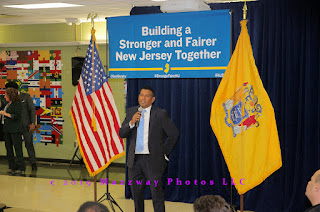 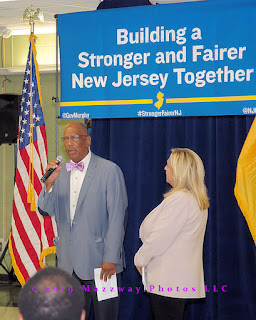 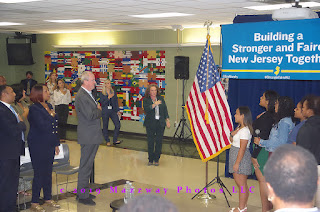 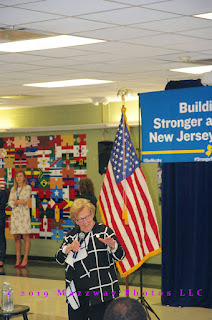 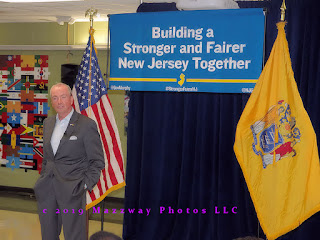 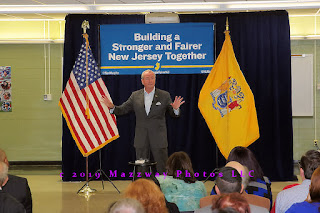 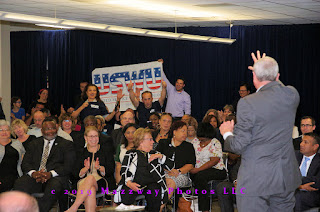 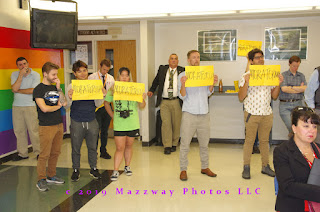 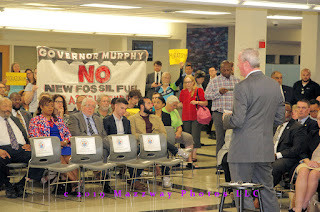 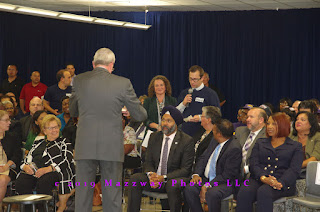 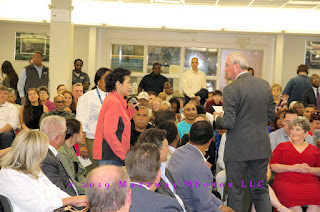 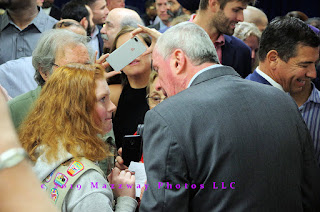 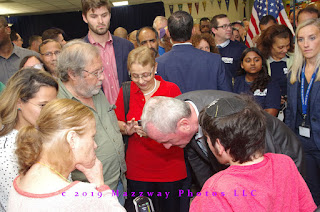 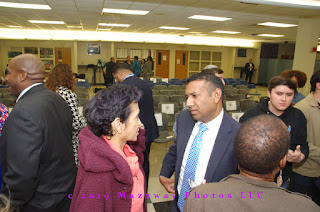