On Tuesday-13-October the Bogota Board of Education held their first meeting for the month of October.  This was their first hybrid meeting and was used to evaluate the system that will be similar to the hybrid leaning  that will start on Monday-19-October.  Superintendent Mr. Damien Kennedy along with half of the Board of Trustee were located in the High School Cafeteria with the other took part in the meeting from home, on zoom. All members of the public had to attend the meeting virtually.
To start the meeting Superintendent Kennedy asked for a moment of silence to remember Mr Ed Sweeney who passed away over the weekend. Superintendent Kennedy  said that Mr. Sweeney was a great asset to the Schools, and Students of Bogota, along with the Borough itself. Mr. Sweeney contributed to the education of Bogota Student with his Scholarships and Internship programs promoting academic excellent. he was also a major contributor to the Athletics teams with-in the Borough.
Superintendent Kennedy moved on to talk about the the Blue Ribbon Awarded to Steen School, and hopes to have a live ceremony in the near future.  Next he said that the District is clear to begin their hybrid learning classed on Monday-19-October. The one positive case from a staff member will not effect the safety of both Students and Teachers as the new learning system is implemented. Superintendent Kennedy then introduced Elsie Luque as the new Student Representative to the Board of Education.
Superintendent Kennedy also answered a question by some parent in re-guards to the timing of the hybrid class day. They were concerned about the amount a time Students are scheduled for lunch between the Morning and Afternoon session. The Parent were told there should be enough time for an older Student to leave the High School and walk with a younger sibling home from one of the grade schools. The parents notice that the time on the scheduled most recently published had an earlier start time in the Afternoon.  Superintendent Kennedy said he would look in to that to make sure Student would have adequate to help with younger siblings to travel home safely.
When the Trustees  moved to discuss the agenda, one item was voted on for passage.  This was the approval to hire a new Biology teacher at the High School. Kim Boggio will be the new teacher starting in November.  He will replaced Ms. Jasmine Valentin-Albanese, who is schedule to leave at the end of October. This was approved by unanimous vote. All other agenda items were moved to the next action meeting with some discussion. The other items on the agenda were move to the consent agenda and will formally be voted on at the next meeting.
Addition information about the District reopening plans can be found at: Bogota School re-opening 2020 ;  Bogota hybridvirtual-parent-portal  Along with information in both English and   GUÍA DE USUARIO - Español  at  https://www.bogotaboe.com/domain/423   The next Board of Education meeting is scheduled for Tuesday-27-October at 7:00p This would be a virtual meeting with information on how to view this meeting will follow. Updates and announcements from the Bogota Board of Education will be available at:     www.bogotaboe.com
( To help  support Bogota Blog NJ with it's coverage of Local stories & sports
please contribute  at: donate to Bogota Blog NJ ) 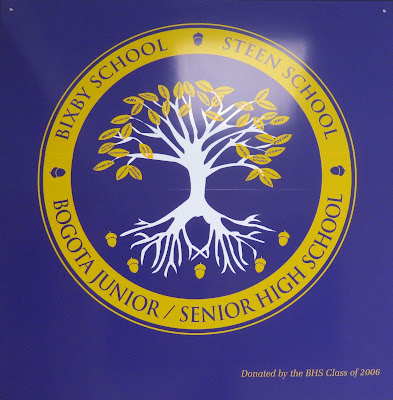