Results from the Cross Country meets involving Bogota and Ridgefield Park squads.
Bogota would be entered in the Season Opening Invitational on Saturday-3-October at the Garret Mountain Race Course. Bogota would compete in "Pod 1. In the Varsity Women' s Bogota's Amandine Fernandez would finish second overall. Maryann Gesmundo came in at 11th,  Ivana Sanchezat  placed 13th, Ashley Bautista placed 19th and  Nathalie Frias finished in 21st. This would give the Lady Bucs a second place finish out the three school that field full squads.
For the Men's Varsity team Justin Cazar, was the highest Bogota runner at 12th place. Vincent Ducut came in at 14th place, followed by Josemanuel Corniel and  Alexis Fernandez placing 20th & 21st respectfully. Leandro Rojas finishing 23rd rounded out the top five runners for the Bucs. Bogota would finished fourth in the 4 school field.
The Bogota Cross Country Bucs will next compete on Saturday-10-October  in the Back to the Mountain Meet. This will be held at the Garrett Mountain Race Course  scheduled to start at 9:00a. This is closed to the Public.
Ridgefield Park would open their season on Thursday-1-October in a Big North Division "A" meet. They would compete against Cliffside Park,  Dumont and Ft. Lee. The Scarlets would score wins over  Dumont and Ft. Lee, but would be defeated by Cliffside Park.
Ezequiel Reyes would be the overall winner for the day. Saim Syed took third place, Richard Kwon came in at 7th, Adam Vercelli placed 17th, with  Jesus Mancera in 20th. The Scarlet's  record is now 21.
The Lady Scarlets would not field an entire squad, but still had three runner competing. Ridgefield Parks's  Mia Martinez would finish 3rd overall. Amalia Santos came in at 6th, while Josephine Carroll finished in 21st.
Ridgefield Park's next scheduled meet, originally for Saturday-10-October has been cancelled. All other Ridgefield Park sports have been cancelled or postponed until Monday-19-October.
( To help  support Bogota Blog NJ with its coverage of Local stories & sports 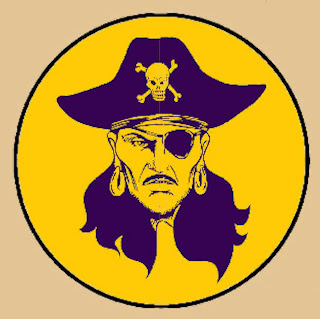