The Bergen Country Board of Election have begun to send out mail-in Ballots to all active registered vote. Mail in ballots be will be mailed out to all active registered vote by Monday-5-October. If it does not arrive by that day please contact the Bergen County Board of Election at 201-336-7020.
The State of New Jersey has produced a number of instructional videos on how to vote.
Estos están disponibles en español en:  Como Votar por Correo  y   Preguntas sobre su firma?
And in English at: How to Vote By Mail  and Question About Your Signature?
Tuesday-3-November is the General election for the State of New Jersey. The following are the offices and candidates that will be on the Ballots.
Rules for this years General Election will include the majority of voting must be done by mail. Handicap voters are the only ones allowed to use voting machines. In person voting will be available, but only with a provisional ballot filled out at the polling station on Election Day. Mail -in ballots may to mailed any time before Tuesday-3-November. Ballots may also be place in a secure drop box that will be set-up at each polling station on Tuesday-3-November from 6:00a to 8:00p.  This must the same polling station assigned to voters this year. Voters will be mailed a postcard with information of their Polling location for 2020.
Other secure drop boxes will be set-up in 18 Bergen County Communities. The closest to Bogota are in Hackensack, NJ at One Bergen County Plaza, this is the main county Administration  Building.  Another is in Teaneck, NJ at 818 Teaneck Rd, this will be located at the North entrance of the Township Municipal Building. Ballot Drop Boxes are available 24-hours.  Ballots must be in the Drop Box by 8:00P on election night.  Ballots left after 8:00P on election night will be considered late and not counted.  Drop boxes will be under 24 hour security and surveillance. Representatives from both major parties will oversee the collecting, and delivery of ballots from Drop Boxes.
Tuesday-13-October is the last day to register for the 2020 General Elections.  For more information please go to: njelections.org  For questions about polling place or drop box locations please contact them at to:  elections@co.bergen.nj.us  or calling 201-336-6230.
For questions on voter registration, or potential election violations contact then at: soe@co.bergen.nj.us or calling 201-336-6100.  More information on voting in this years election can be found at: www.bergencountyvotes.com
The Bergen County Board of Elections has prepared a information video on Mail-in voting available at:  https://youtu.be/Z0nva8m00xU
candidates are listed in order they appear on the ballot.
For Bogota Borough Council:
For two, three year terms
-  Incumbent  Councilman Thomas Napolitano            Republican
-  Robert Foster                                                                     Republican
-  Incumbent  Councilwoman Mary Ellen Murphy       Democrat
-  Jo-Ellen Granquist                                                           Democrat
This is for two full terms of three years. The top two Candidates with the most votes will win the seats to the Bogota Borough Council. 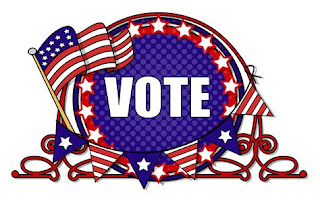 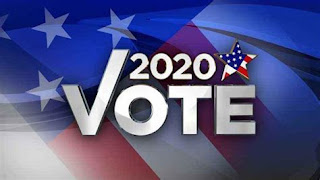