Results from games played by Bogota Varsity Sports over the past weekend.
On Friday-9-October the Football Bucs opened their 2020 season at Elmwood Park. The original opening game, against Palisades Park on 3-October, was postponed due to heath concerns. Not make-up date has yet been scheduled.
Bogota would open the scoring with a 2 yard Touchdown run by Ashanti Caviness. The 2 point conversion was not successful.  The Bucs would have a 6-0 lead at the end of the first quarter.  Elmwood Park would then take the lead in the second quarter  on a 1 yard run by Derrick Romero. The extra point was good and the Crusaders had a 7-6 going into half time.
After the restart Elmwood Park would score the only points of the second half with a 12 touchdown run by Na'Quan Williams and another extra point. the game would end with a 14-6 Crusaders win.
Bogota is now 0-1 for the season.  The next play on Saturday-17-October. This will be against Ridgefield at Feigel Field. Kick-off is scheduled  for 1:00p.
Due to heath concerns only a limited number of family members, for the home team, will be permitted to attend these game.
On Saturday-10-October The Bogota Cross Country Bucs would compete at the Back to the Mountain Invitational at the Garret Mountain Reserve.  They would run in "pod #4"  The Lady Bucs would finished fifth in the 5 school field. Amandin Fernandez would be the fastest Bogota runner coming in at eight place.  The other Bogota finishers would be Maryann Gesmundo,  in 22nd. Alyssa Ramirez, in 32nd, and Ashley Bautista, and Isabel Michel in 35th & 36 st respectfully.  There would only be twoLady Bucs runners entered in the Junior Varsity race.  They would be  Salma Abdel-Aziz, and Kaylin Torres finishing in 21st and 22nd place.
The Men's Squad would place sixth out of the 6 schools fielding full teams. Dennis Toremis was the top Bogota runner coming in at 11th place.  Vincent Ducut, and Corniel, Josemanue would finish in 32nd and 33rd. While Alexis Fernandez, and Dylan LeMay would be in 35th and 36st place.
Only Three Bogota runners would take part in the Junior Varsity race. They would be Edward  Sanchez in 26st place. He was followed by Juan Michel in 28th and Nathaniel Guzman in 37th.
The Men's squad will next race on Wednesday-14-October at the North Jersey Interscholastic Conference Championship meet. This will take place at the Garret Mountain Reserve.  The Lady Bucs' squad will next race on Wednesday-21-October at the North Jersey Interscholastic Conference Championship meet. This will take place at the Garret Mountain Reserve. Both teams will compete in the Brett Taylor Invitational on Saturday-17-October at the Garret Mountain Reserve.
All meets are closed to the Public.
On Saturday-10-October The Bogota Soccer Bucs would  travel to Butler. They would suffer a 0-7 loss. That moves their record to 0-3. The are next scheduled to play on Monday-12-October against Bergen Charter School  at Zakrzewski Field in Olsen Park. Kick-off is scheduled  for 4:00p. Attendances is limited.
( To help  support Bogota Blog NJ with its coverage of Local stories & sports 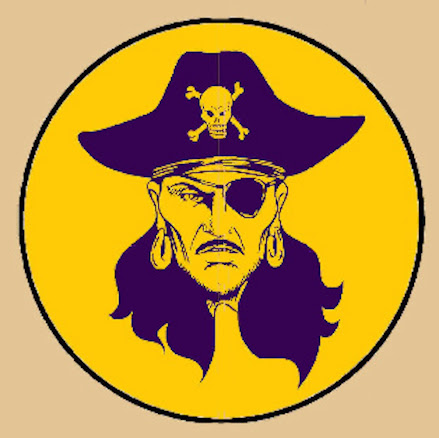