On Tuesday 19-May Bixby School held their Spring Concert. This was a combined performance of the Bixby Bulldog Band and the Bixby String section. Originally the  Bixby Strings were to have their own performance.  Music Director Jeanne Murray  felt they deserved to be seen by a bigger audience and added the Strings to the Band Concert. This was the premier performance of the Strings,  which is made up of members of the third grade class. They showed what they have learn in one year performing by first playing in Pizzicato , just plucking the strings on their Violins. Then replaying the same song using the bow creating a different sound using the same instrument.
In the second part of  the evening the full Bulldog Band displayed their growth with different parts of the band to playing variation of the of the music at the same time.  The Sixth grade member play on their own for one song as a tribute to their final performance at Bixby. 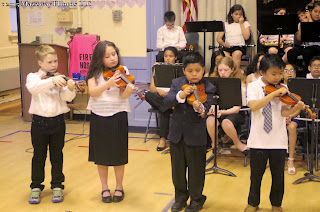 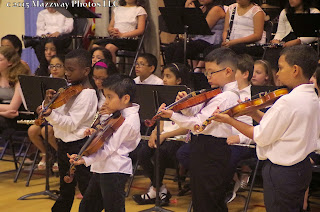 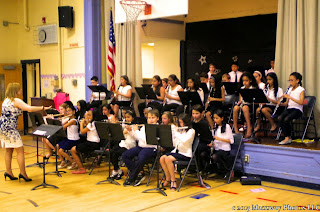 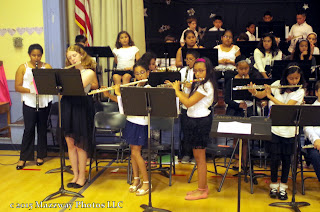 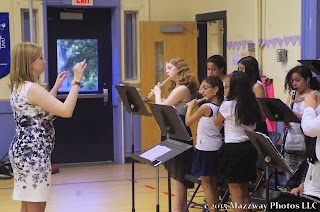 ( To help  support Bogota Blog NJ with it's coverage of Local news & sports please contribute what you can by using the  donation button  at the top right of the page.)
Posted by Bogota Blog NJ at 5:25 AM