On Friday 15- May the Bogota Baseball Bucs played their final regular season game at the Fiegel Field Baseball Diamond. They host the Owls from Park Ridge and before the game Senior players from both team were recognized.  Park Ridge's Jason Vrabenberg and Ryan Bovino were given a souvenir baseball & T-shirt by  The Bogota Coach. Bogota Seniors Chris Zayas-Bazar, Rafael Gill, Michael Gioiosa, and Robert Heck  were acknowledged by their coach, teammates and Parents.
In the game Bogota took a 2-0 after three innings of play with park Ridge cutting the lead in half with one run in the top of the fourth.  The Owl then scored 4 runs in the top of the fifth, with Bogota coming back with three run in their half of the inning. After a scoreless sixth inning Park Ridge was also shout-out in the top of the seventh. The Bucs got the first runner on in the bottom of the seventh and eventually  had the bases loaded with one out when Michael Martinez drove a single pass the owls infield to allow the winning run to score from third  for a 6-5 Bogota win.
The play a first round  playoff game on Monday 18- May #10 Bogota will travel to  #7 Hasbrouck Heights. This is scheduled to have a first pitch at 4:00p


select photos from Bogota Bucs Baseball are available at:  http://bogotablognj.zenfolio.com/p355050018 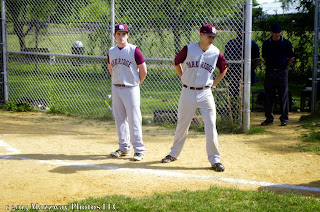 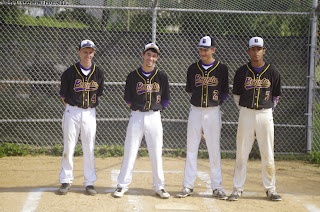 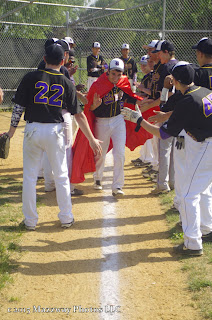 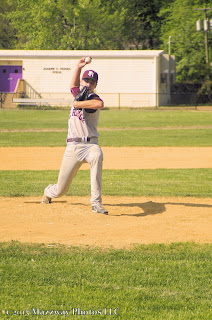 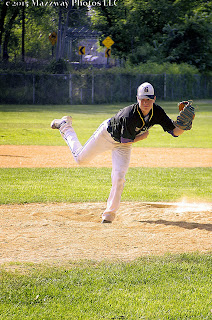 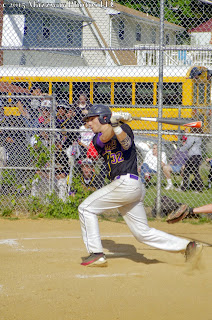 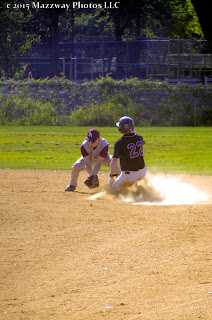 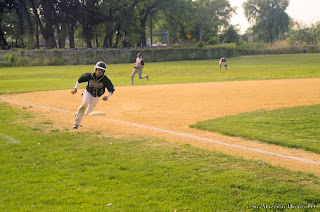 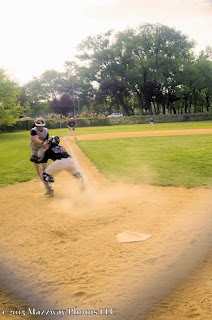 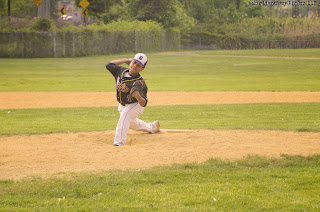 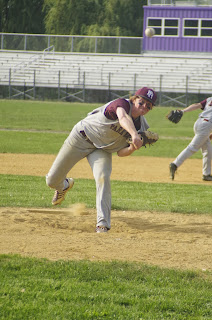 ( To help  support Bogota Blog NJ with it's coverage of Local news & sports please contribute what you can by using the  donation button  at the top right of the page.)
Posted by Bogota Blog NJ at 8:43 AM