Before the Parade in Bogota on Memorial Day the American Legion  Clifford Dunn Post # 117 and the VFW  Ralph Hall Post #5561 held their remembrance service in front of Borough Hall. American Legion Commander Walter Croft welcomed those in attendance and talked about some of the names on the War Memorial in front of Borough Hall .  Four of the streets in Bogota are named after the young men who lost their lives during the First World War. Albert Kovar, William Gray, Carl Fischer and Clifford Dunn all could have passed along Larch Ave  while visiting friends, or even walking up the steps to attend School, before it was converted into Borough Hall.  Next VFW Commander gave an example  of how many Women & Men have given their lives in  defence of the United States since World War I. With Bogota having an average total population of 8,000  it would take 83  Bogotas to equal the number of Service Personnel who did not return home. Finally Mayor Chris Keleman took the time to thank the  Veterans in attendance and urge the crowd to enjoy the day with Family & Friends, but remember the  true meaning of the day.
The next part of the service was the reading of the names of those Veterans who are now " Absent" a poppy was placed on a cross representing each Veteran. This was done by VFW Ladies Auxiliary   President  and American  Legion Ladies Auxiliary  President they were assisted by Poppy Girls Ximena Vargas for the VFW and Avery Williams for  American  Legion.  There was a moment of silence for the fallen Servicemen  followed by "Taps' by High School  Musicians  Next Marianne Pigoncelli placed a wreath at the Monument for MIA / POW from Bogota  accompanied by Mike Sorretino playing "Amazing Grace" on his Bagpipe. 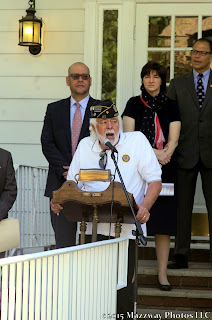 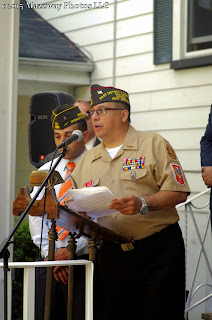 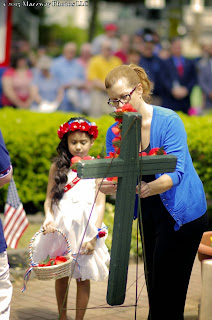 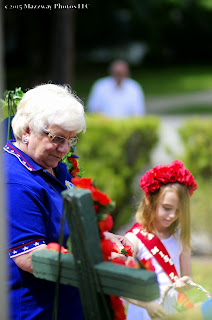 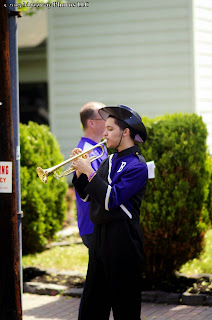 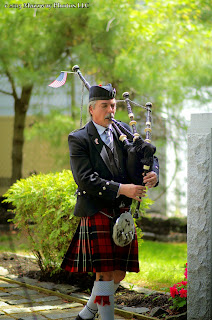 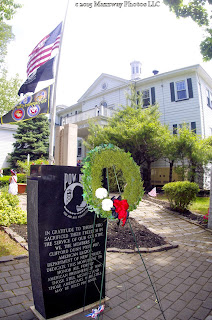 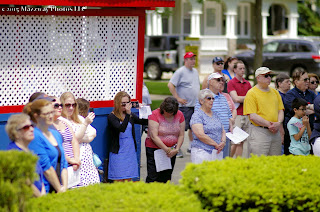 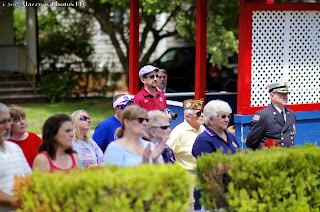 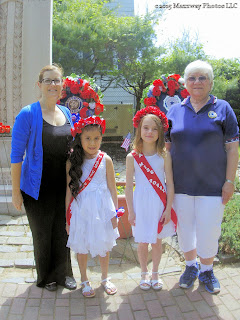 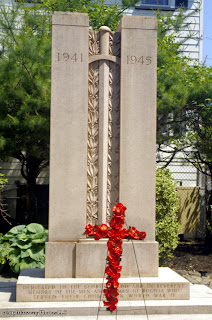