On Wednesday & Thursday 27 &28- May  Steen School presented their Spring Concerts. The first was the premiere performance of the Steen Strings. Director Jeannine Murray lead the seven 3rd Graders in showing to the audience what they have learn this year. The Violinist are learning the Suzuki Method. This is a way to teach and encourage young musicians to hear the music, while learning the mechanic of how to play an instrument to produce the same sounds.  Ms. Murray has taken third graders from both Steen and Bixby schools  and use this to help them learn the language of music.  Like at the Bixby String Concert earlier in May the Violinist first played in Pizzicati by plucking the Violin strings.  Then the music was replayed using the bow. 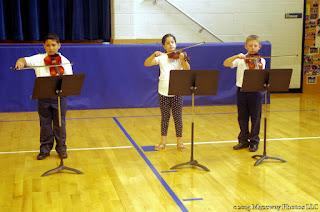 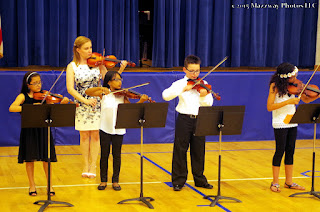 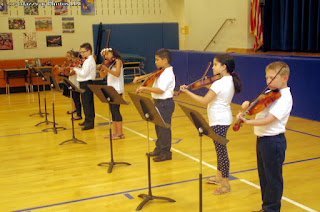 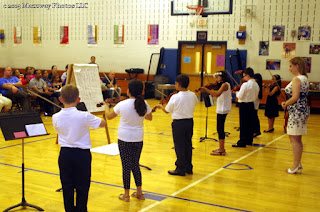 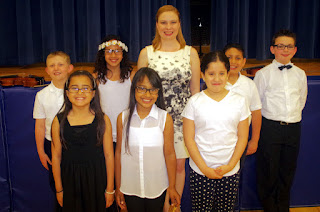 On Thursday the Steen Hawk Band gave their Spring Concert. It started with the Drum line  showing their skills with Military Calls. As explained by the Musicians, this is how an Army would know where and when to march before electronic communications was available. The Drum line showed how different rhythms, tempos, and beats were used in giving command orders from a distance.
After the Drum line played, the audience was treated to a display by the the Bogota Twirlers and Colour Guard team under the Direction of Leslie Baker. First the younger Buccanettes performed, then members of the High School Colour Guard team took to the floor.
Then  the Steen Hawk Band gave their performance playing a selection of Patriotic tunes in honour of the past Memorial Day weekend. They played as a whole band, and as different sections of the orchestra to show the variations of sound produced by the different instruments. At the end of the performance thanked her sixth grade class musician some of whom had started the Steen Hawk band three years ago. Then, a grade at a time presented their Parent with  white carnations thanking them for their support and encouragement throughout the school year. 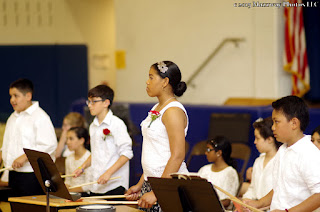 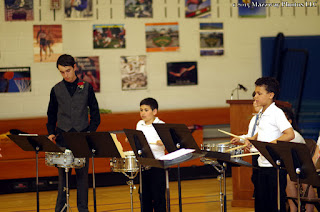 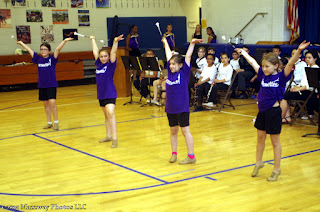 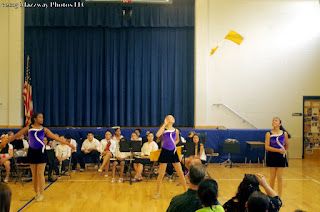 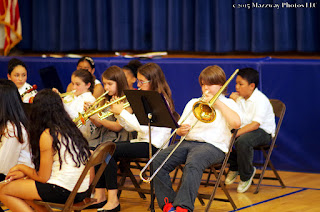 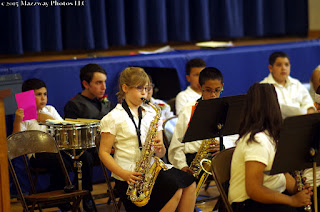 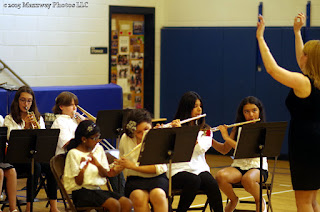 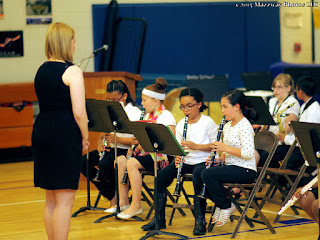 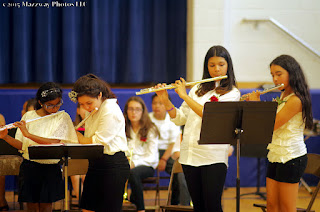